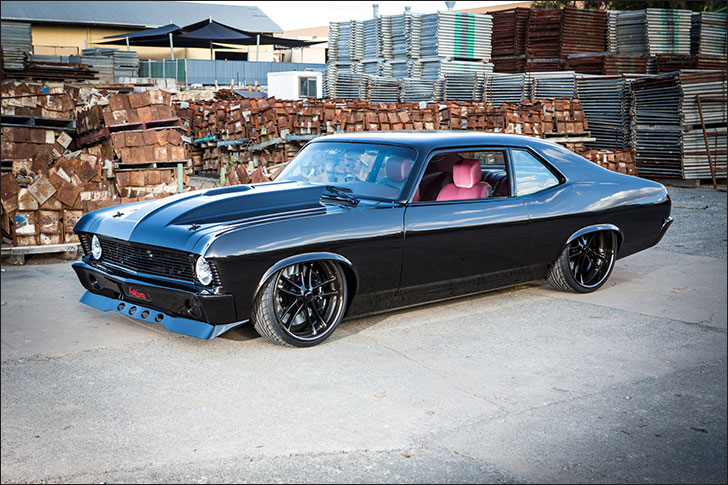 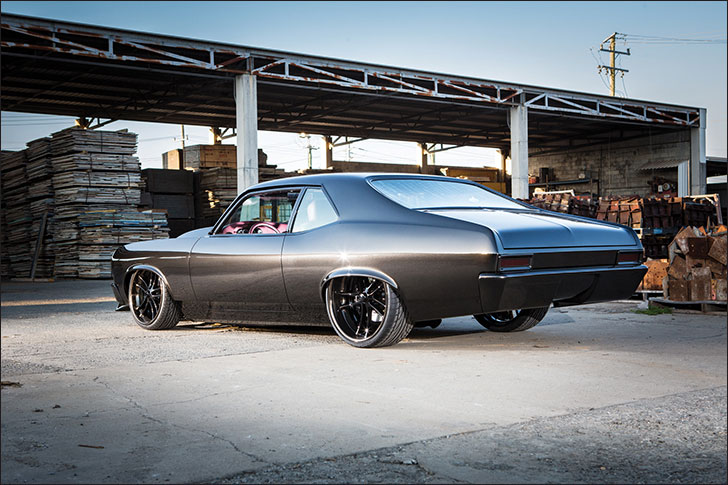 It came from down under

If you’ve spent much time prowling the internet, you may have come across a post or two highlighting an animal found in Australia. The creature is usually out of the norm for Americans, and typically has a skill set tailor-made to freak you out. Some posts are funny; most make ya glad you’re stateside, separated from those wild things by an ocean.

I’m here to tell you at least one of those monsters has hit our shores; behold the KAM Nova, turned out by Rides by Kam (RbK) of Australia. The thing looks like a weapon.

Starting with the cutest little 1970 Nova you’ve ever seen, plucked from an older couple in California, RbK owner Rob Zahabi got out his pen and paper and cut off wheels and went to town. The body has been shaved clean, you know, like the blade of a sword. The jambs, floor, I mean every inch of this X body has been lovingly massaged and rubbed smooth. The bumpers were tucked and smoothed, now hugging tight to the body, front and rear valences were hand formed by Rob, along with a front splitter below the bumper to aid in cooling the beast within. The paint is House of Kolor Jet Black; what else would you paint a mobile assassination device? A mist of Orion Silver was laid over the black to make it pop in the sunlight, but when creeping down your alley, waiting to spring upon you, this beast is darker than just before the dawn. 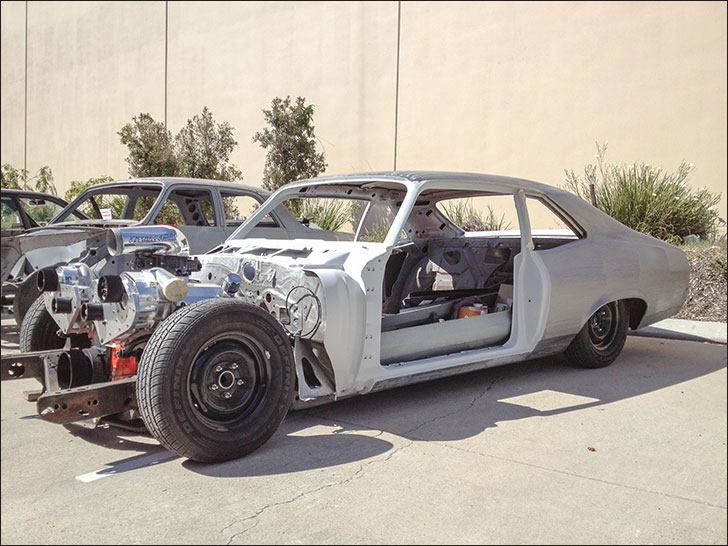 Allowing the former economy car to crouch like a poised panther, a considerable amount of effort was put into the chassis. A triangulated four link does what it can to stabilize a Currie nine-inch housing, while a bevy of precision parts guide the nose. I applaud the way Rob went at this project, he picked out a few parts he wanted to use, such as the brakes, wheel specs and overall stance, and went back to connect the dots. Oh, nothing works with anything else? Bugger off mate, looks good to me. Sixteen inch Brembo brake rotors ride upfront. No, that’s not a typo and yes, I realize that the wheels on my car are only 15” in diameter. To meet Rob’s specs, SpeedTech built custom spindles, to which Brembo engineered custom caliper mounts and rotor hats. Finally, RideTech drew up some control arms that inexplicably don’t interfere with anything else. As you can imagine, Rob is more than thankful to these three companies for their teamwork and willingness to go above and beyond. Shockwave air springs are affixed at each corner, allowing the Nova drive comfortably and drop to the ground upon arrival. 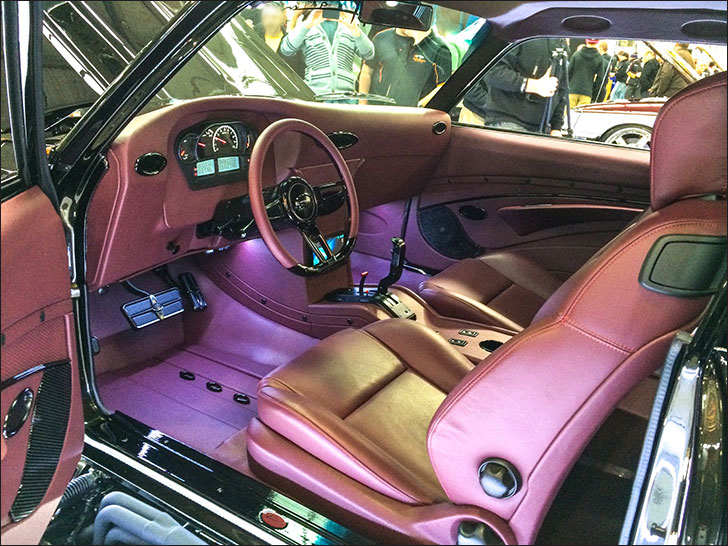 Inside, the interior is much more of the same; handbuilt dash, console, package tray, rear seats and door panels are wrapped in burgundy leather. Even the floor has been treated to some high-end stitch work. After all, RbK started out as an upholstery shop. Black accents abound, making the VHX-1100 competition instrument system look right at home. 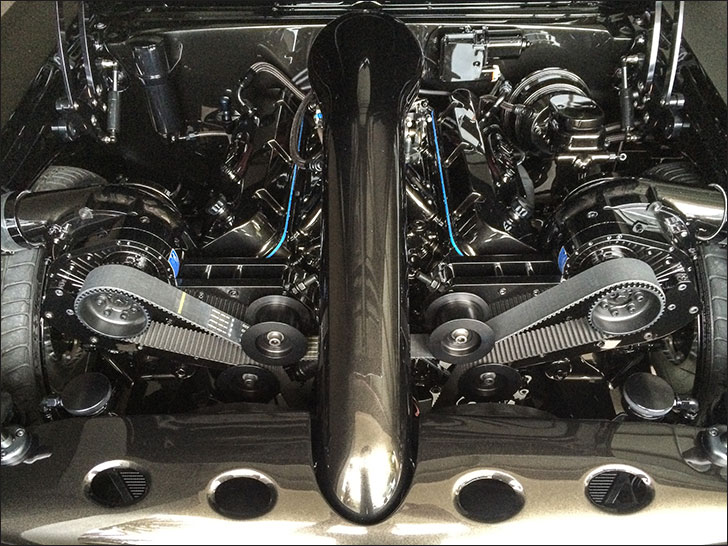 Ok, now for the part you scanned the rest of the article for: the engine. What sort of mass casualty, weapons-grade nightmare did the Aussies ship to our door? Let me rattle off some keywords and see if anything strikes a chord. Brodix. Merlin. SCAT. Holley. Are you getting warm yet? MSD. 572. JE. Procharger. Two Prochargers. Whew let me get a cool drink and a fan. If you got too flustered to read between the lines, Rob effectively filled this engine bay with a vial of plutonium sprinkled with roofing nails. A Merlin block was stuffed with a SCAT crank swinging JE pistons for a total displacement of 572 cubic inches. Even down under, 572ci stands on its own and no one cares about the metric conversion. Brodix heads feed the cylinders a mixture supplied by an 1150 Dominator carb, while MSD has the enviable task of lighting the fire. Since 750hp N/A doesn’t raise Rob’s heart rate, a pair of mirror-image F2 Prochargers were hung with care. Tornadoes are measured on the Fujita scale, you know, F1 and F5 and all that. The part numbers for these superchargers are no coincidence. Rob is claiming 1500hp, and I don’t know about you, but my 406 isn’t up to the task of second guessing that figure. A bomb-proof TH400 was treated to an outstanding paint job, a 4,800rpm converter and a manual valve body in the name of harnessing the storm. 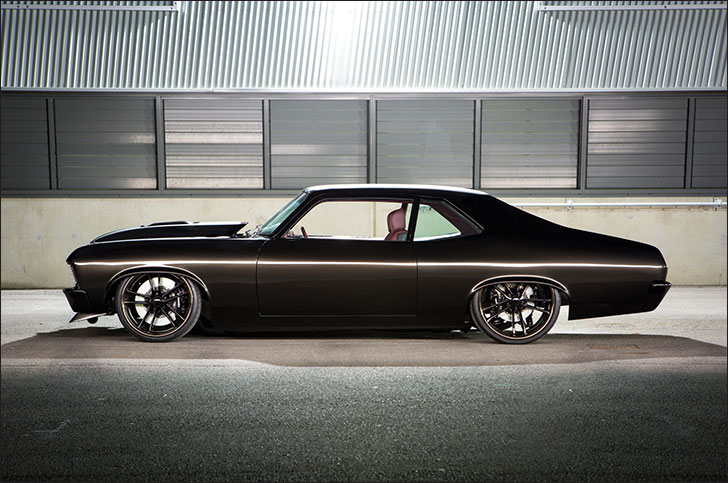 It’s nice to see hot rodding go worldwide and that internal combustion is a language spoken across the globe. Recently on the Hot Rod Power Tour, America took back the world record for world’s largest burnout, and the Aussies have been calling out some of our quickest street cars. Despite the strange animals the internet finds in the outback, the US and Australia have had a friendly automotive rivalry going for years. I mean, it was friendly, until the KAM Nova made landfall. 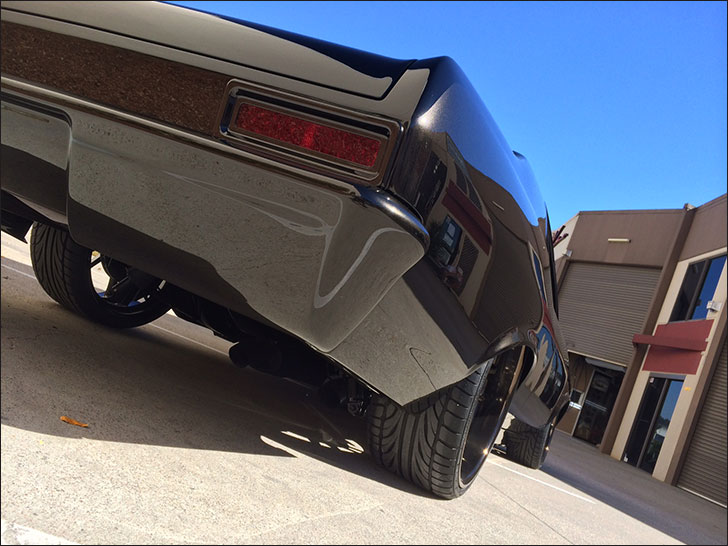