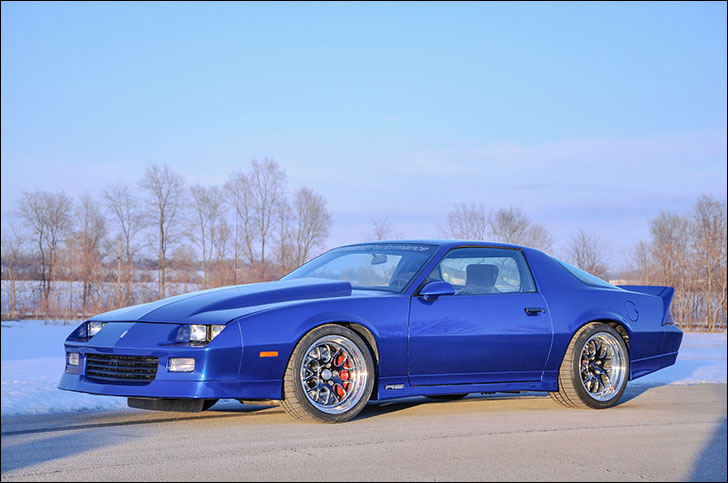 Did you just shout “Dumpy?!” out loud in the kitchen? Don’t get me wrong, the blue F-body on the pages before you is far from dumpy, but it wasn’t always so. Hopefully the name Jeff Schwartz or Schwartz Performance sounds familiar; Jeff has been knocking around the hot rod world for years. The first time I read about Jeff was in Hot Rod Magazine; his Cadillac was black and silver on big (17”) wheels, and there was a blurb in the Power Tour coverage about him pickin’ on a Porsche. I thought that was the coolest thing! Fast forward just over a decade and Schwartz Performance is one of the leaders in bolt-on suspension upgrades and offers a multitude of new chassis options for your rod. 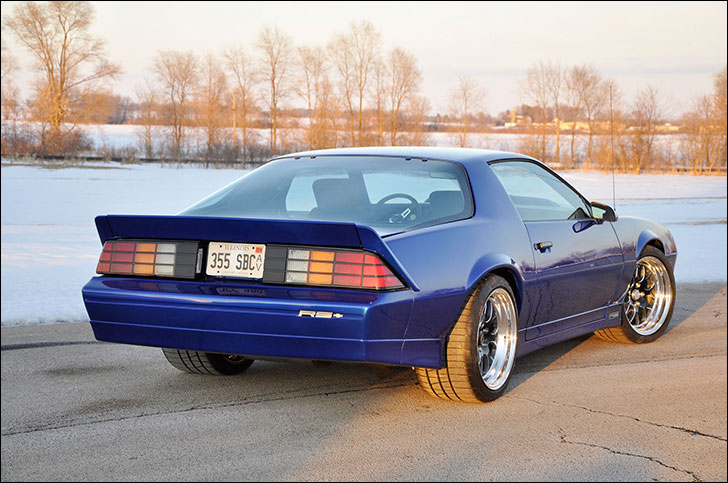 Growing up with a dad so firmly entrenched in making things fast, it was only natural that his kids would catch the bug. After Jeff’s son Dale built a 1982 Trans Am, his daughter Justina started to feel the itch and started poking around for something to autocross. As a boot-straps kinda guy, Jeff stated that she could build her own car, just like her brother did. With that, Justina rustled up a twice-worn ’89 Camaro from the back lot and went to town.

Turning corners runs in the family and pays the bill, so it shouldn’t be a surprise that this Camaro didn’t end up a drag car or a Conestoga wagon on 24s, but rather wears 18x9.5 and 18x12 Weld S77Bs stuffed into the wheelwells; the stock 16x8s could only dream of looking so good.  How’d they get 10lbs of tire in a 5lb bag? Mini tubs were fabricated to make room in back for the 315s from BFG, along with a custom panhard rod and control arms from Schwartz, all suspended by Viking coilovers. Up front, things are surprisingly stock, with QA1 coilovers setting the ride height over the 275s. Baer 14” rotors and six-piston calipers serve as a backdrop for the contrast-cut rollers. 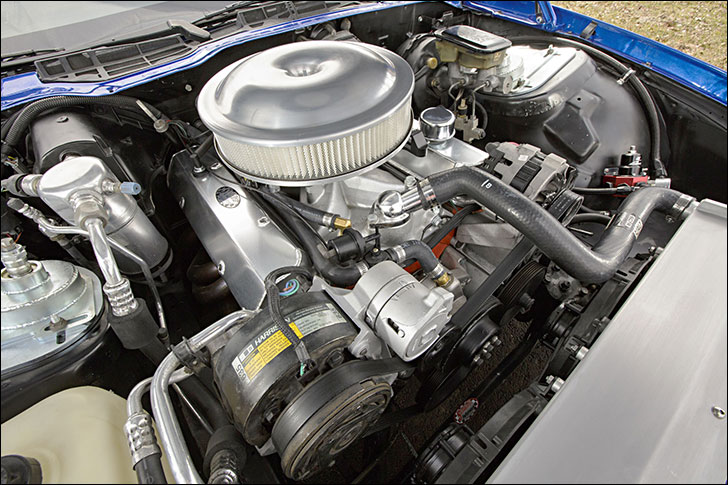 One of my favorite parts of this car is that it has a traditional small block Chevy under the hood. Bored to 355 inches and filled with an Eagle crank and rods, Speed-Pro pistons and topped with World-Products heads, the Comp roller cam has plenty to work with. An Edelbrock Victor Jr. is topped with an honest-to-goodness 750cfm carb. Imagine that, a carbureted small block! MSD bits light the fire and Hooker headers connect to a slick Magnaflow exhaust system.  A fortified 700-R4 with Midwest converter gives the business to a Moser 9-inch with 3.90 gears. With what we’ve just gone over alone, Justina has a solid car she can be proud of for years to come, and we haven’t even gotten to the visible stuff! 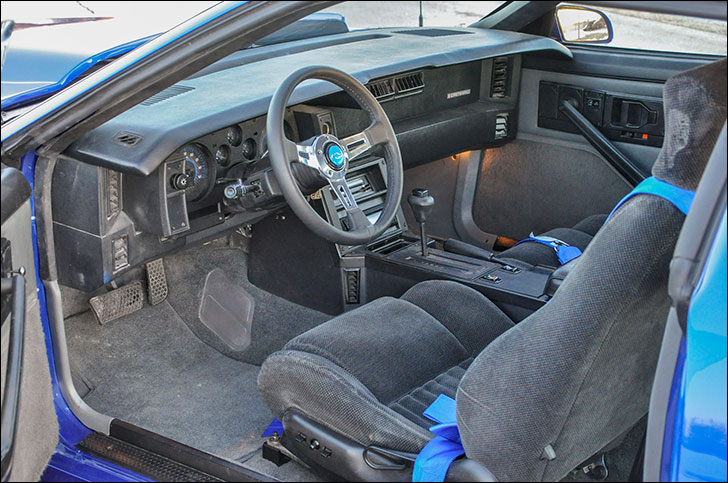 Smoothing out years of daily driving was handled in-house at Schwartz Performance, as was the PPG Santorini blue paint. Hawk’s Third Gen offered up a hood to add some dimension to the front end, and a 5-inch spoiler was installed in the rear to replace the puny stocker. The interior is stock, but clean. Clean is an upgrade in itself for most ‘80s cars; the gray upholstery and black accents are refreshing. Dakota Digital shipped out a VHX-82C-CAM direct-fit instrument system with Carbon Fiber face styling and, what else, blue backlighting. 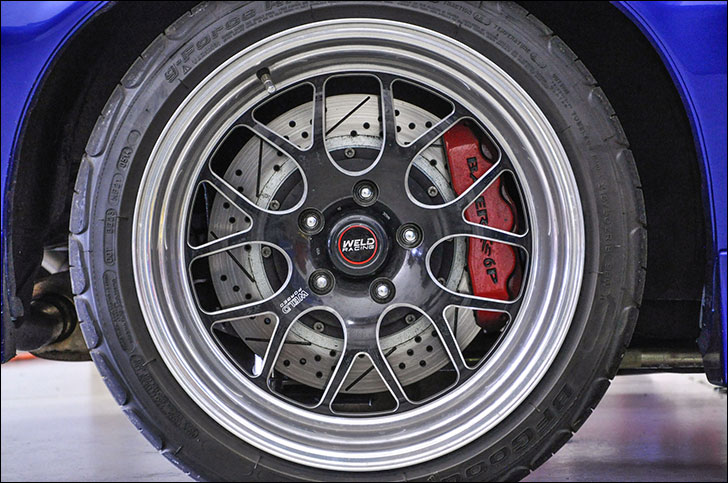 For a then-15 year old girl that didn’t like to get dirty, I’d say Justina’s first foray into car building was a rousing success. She took this F-body from haggard to remarkable in about 20-months. So far, the car has been autocrossing, to car shows, on road trips and more recently, featured in Super Chevy Magazine. Some people live their entire life vying to achieve even a few of those benchmarks; Jeff couldn’t be more proud of his daughter and surely their bond is stronger than ever. Keep an eye out for more from the Schwartz family. 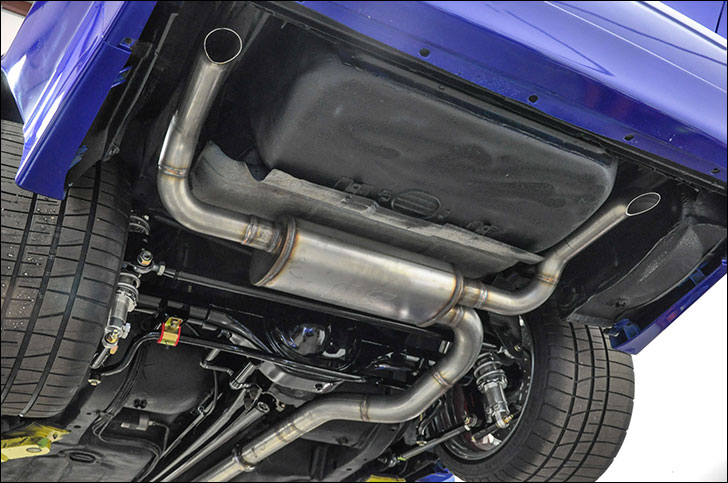