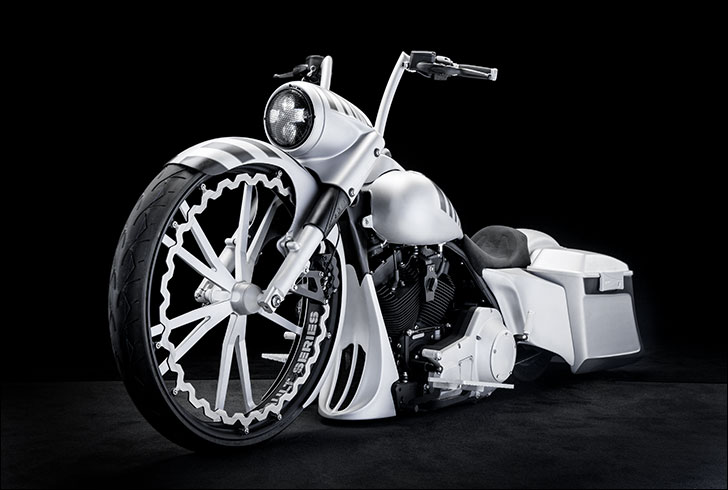 You’ve seen ‘em. Maybe weaving in and out of traffic, warily wobbling to and fro, or parked precariously outside a bar with neon lights twinkling off the polished cylinders. Allowing your eyes to peruse its many curves, the build-sheet reads like a custom bagger accessories checklist, as if assembled using a template. But like a man who buys brown slacks at one store, a brown vest at another, and finds a brown jacket at a third store, a coherent suit it does not make. The same can be said for many of today’s custom baggers; sure, the pieces are all spec’d for the same model, but the final product just doesn’t flow.

We’ve featured several motorcycles from Trask Performance over the years, largely because of their flow, of both air and visually speaking. I first became familiar with the Trask name as a supplier of non-automotive turbo kits. I’d seen the name in magazines, but it really sealed the deal when I came to Dakota Digital and saw the Polaris RZR with a turbo and intercooler out back courtesy of Trask. Recently, Trask Performance has expanded their menu, offering complete bikes like the aft-featured SpeedGlide series, as well as a full line of accessories. 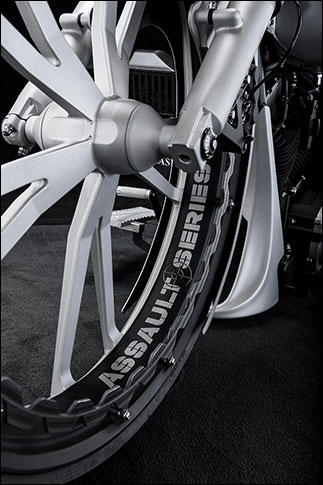 Clearly, proprietor Nick Trask thinks a little outside the box, so his personal cycle needed to be a show stopper. He came up with this 2002 Road King, known simply as Silver King. The first thing you notice is the front wheel; it’s both huge and in your face but minimalistic at the same time. The thin spokes of the 30” roller and rim-mounted brake rotor give it a wide open look. Plastered on the rim is the logo for Trask’s newest line of products: Assault Series. Moving up the fork, you’ll find the full line of Trask V-Line billet accessories, starting with the fork tube covers, chin spoiler, floor boards and bag latch covers. The handle bars are Lane Splitters also from the Trask catalog; they’re narrow enough to get through LA traffic without taking off a side mirror, and are equipped with V-Line grips. 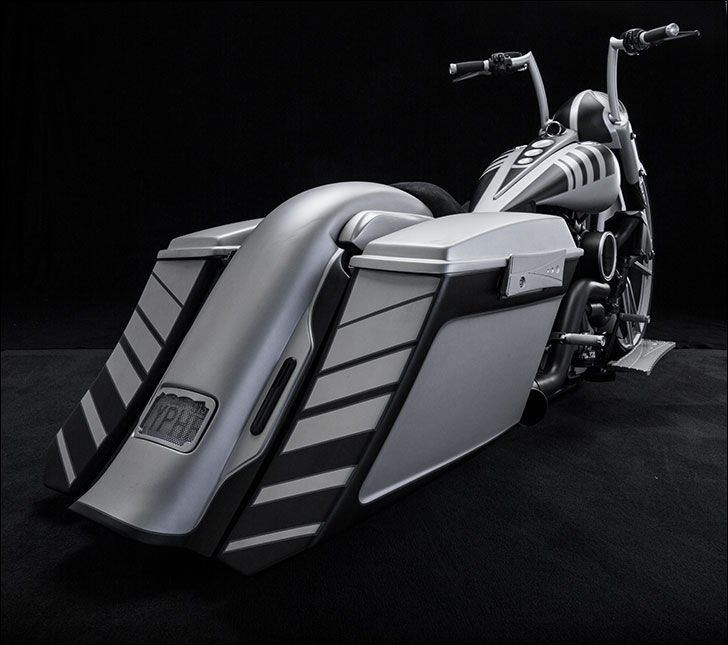 The stance is possible thanks to a custom frame with air ride suspension at both ends, and while looking cool, it also makes a kick-stand obsolete. With the flip of a switch, that Dirty Bird Concepts tail section is right on the ground. The fuel tank was custom built in house with a long, lean style. Up top you’ll find a mini, all-in-one gauge with a custom brushed bezel. That one 2 1/16” unit can display just about anything Nick could want with the touch of a button.  The striking combination of matte silver and matte black is courtesy of Cerakote, which is known for gun coatings; the baked-on finish goes way beyond your normal satin-paint. This thing is ready for battle! 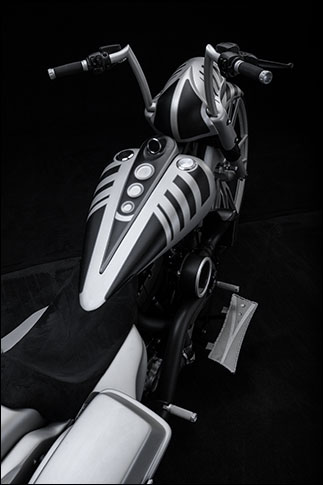 The heart of the beast is still Trask’s specialty, and the Silver King does not disappoint. Displacing 96 cubic inches and stocked with some of the best parts available, the burly v-twin is augmented by a Trask turbo system. Introducing boost pumps the power numbers well into the triple digits; 145 to be exact, for both horsepower and torque.

While double-sided tape “mods” may float the boat for most people, there are those who want, even need, better. Without a drop of glossy paint, without one sliver of chrome, the Silver King still outshines nearly any bike you could park next to it. Love what you ride or drive, and don’t settle for what is cool this week, find your own style and make it happen. 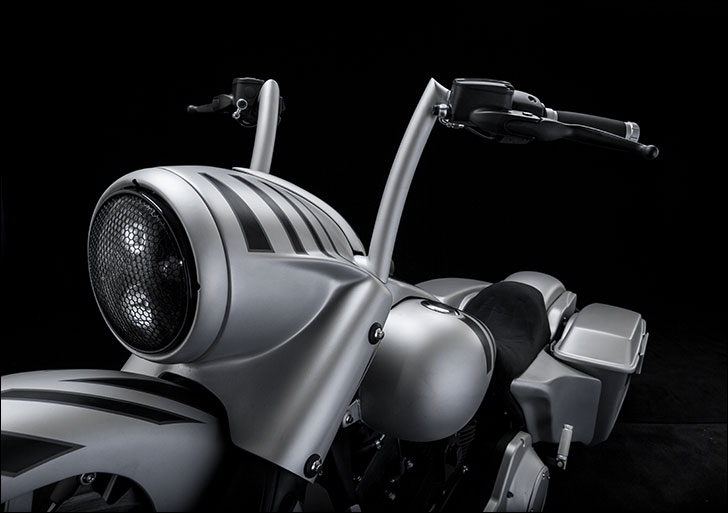