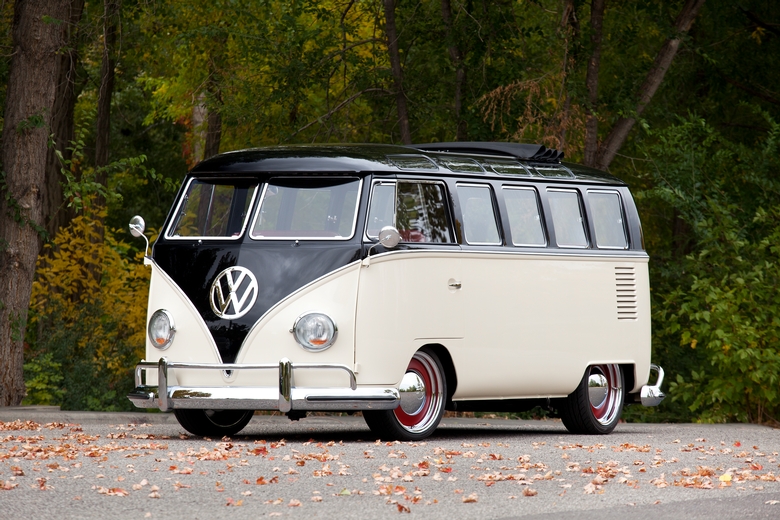 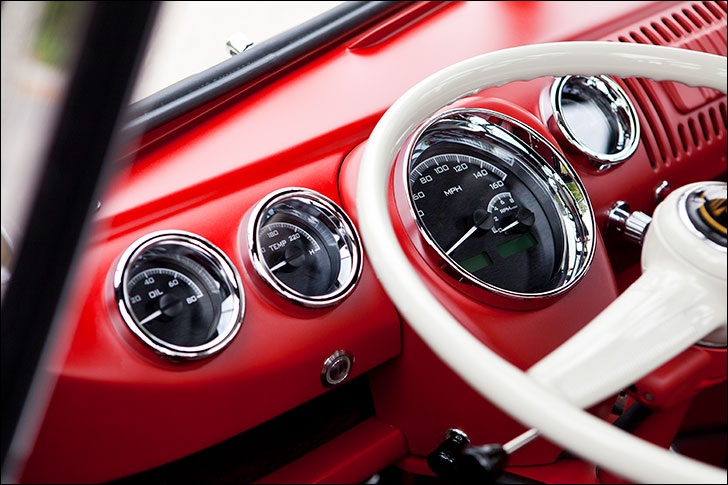 The wheels on the bus go 'round

This is a first for the 6 Degrees column. We’ve never had a Volkswagen, let alone a ’65 VW bus as a feature vehicle. There’s an underground movement afoot; these “hippie vans” are ferociously sought out by restorers and collectors alike, and it seems the more windows the better; 21 in this case. This two-tone hauler was built at Kindig-It Designs to a level rarely seen on this platform, with the fit and finish of a high end show car, and did it all without losing key VW traits. 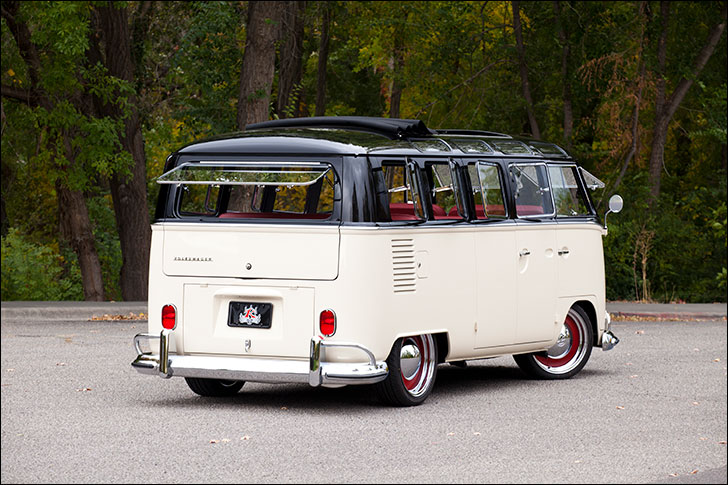 A few years ago it occurred to me that every vehicle looks better when lowered and sitting on larger than stock wheels. This bus is no exception. A custom front end including drop spindles gets the nose down, while the rear has been treated to a Type 1 conversion. The engine was built by Blackline Racing and now displaces 2110cc, a big step up from the original 53hp 1500-series engine. The new mill sports a pair 44 Weber carbs, a custom stainless exhaust system and a few other tricks while power is sent to a beefed-up Type 1 four speed transmission. Rolling stock was stepped up in the form of 17” smoothies with painted centers and chrome rims. Chrome VW center caps round out the vintage look while Wilwood discs are found on each corner to bring the bus to a halt, schnell.

Before the bus was a hot rod, it served as a kibble runner for a Tennesse dog kennel. The painted-on logos were sanded off and rust-free patches were welded in before the body was smoothed and straightened. While the quintessential VW badge in the front was retained, the chrome beltline trim which separates the two-tone paint and dives into a steep V at the nose was discarded. Starting with about 90 miles of aluminum stock, the Kindig-It team shaped new trim to mimic the OEM bright work, only thinner. The remainder of the chrome was restored to better-than new condition, and that’s a lot of chrome to go around all those windows! The striking paint is courtesy of Mercedes (black) and Bentley (Magnolia White) which explains why the bus has a sophisticated air about it. 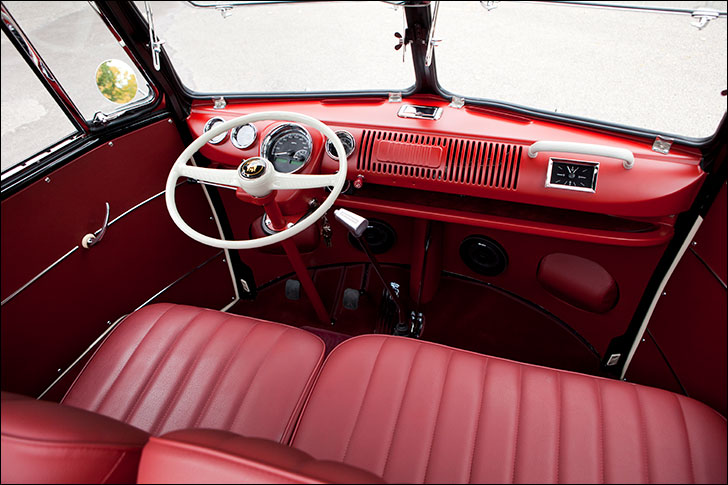 Original seats were recovered with Vintage Red Whisper leather from Sewfine Interior Products in Colorado. Carpet is Mercedes velour while the headliner is covered in black alcantara. The hard surfaces inside were painted a custom-mixed matte red to match the leather; the aforementioned smoothies are also sprayed this same crimson hue. Holding up the original steering wheel is the stock column, why mess with a good thing? What was updated, however, was the instrumentation! Gone is the stock single round gauge and in its place a VHX-1022 universal instrument system. Dave added a few holes to the dash to accommodate it as well as the ’57 Chevy clock, but the finished look doesn’t clash with the original vibe. Kicker stereo components are hidden under the rear seat. 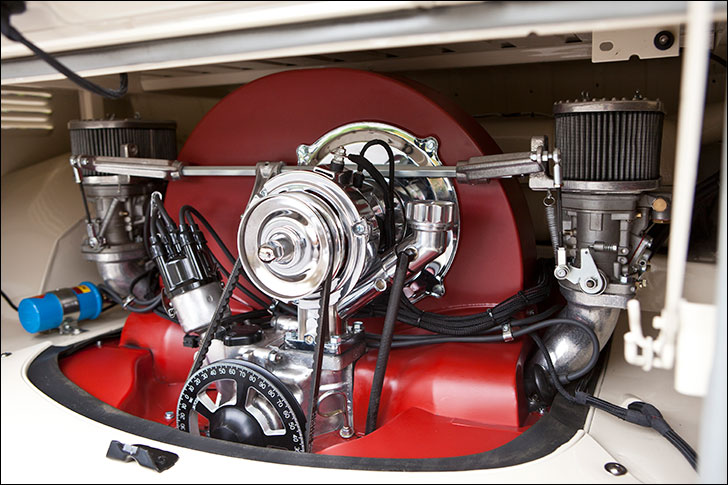 This ’65 bus was a perfect storm; high quality restoration, souped-up engine, just the right modern updates, a ton of windows plus a bit of TV exposure. All of the pieces were in place when the VW rolled on the stage at Barrett-Jackson. A bidding frenzy ensued, and when the dust settled and the gavel dropped, the final price tag was $302,000. That’s over $14,000 per window!!