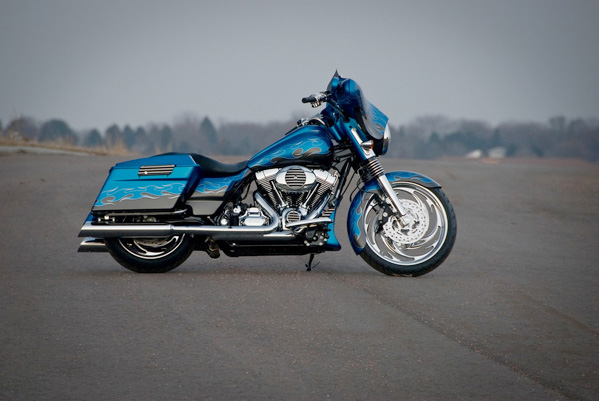 What a show stopper!

This 2009 FLHX (Street Glide) is the latest addition to our show vehicles and it's already turning heads.  Finished in February, this bike was built for the 2009 Easyriders V-Twin Expo.  This bike has already been used for install features in American Bagger Magazine where it recieved new exhaust and a few bolt ons.  Now that it's finished and looking great, it's scheduled for a feature shoot in the same magazine. 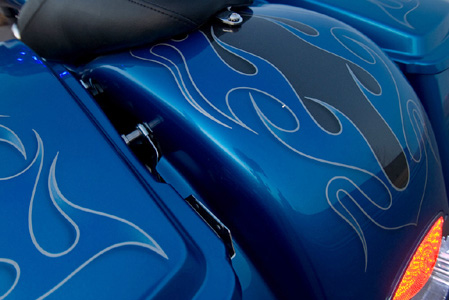 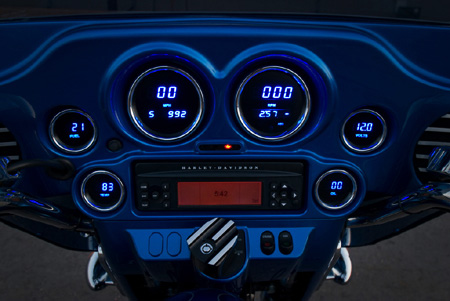 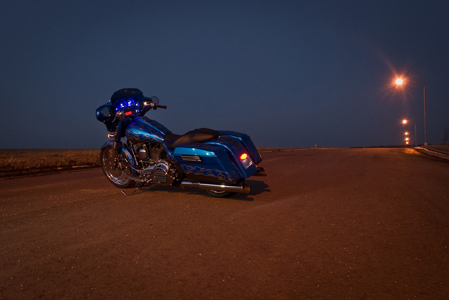 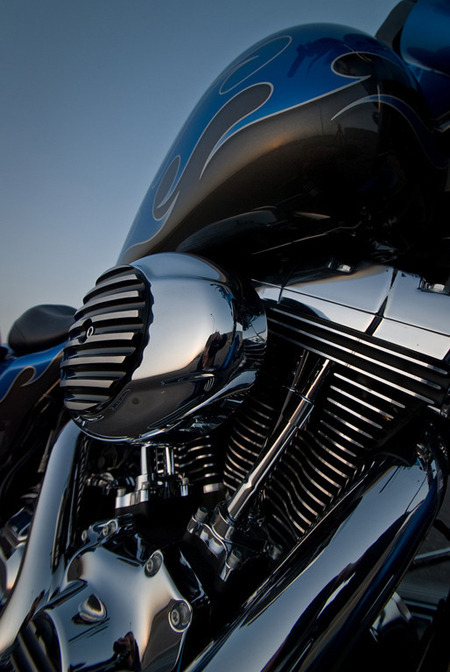 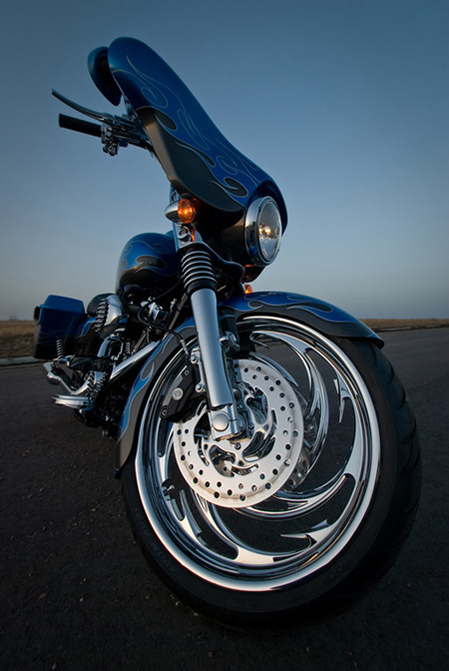