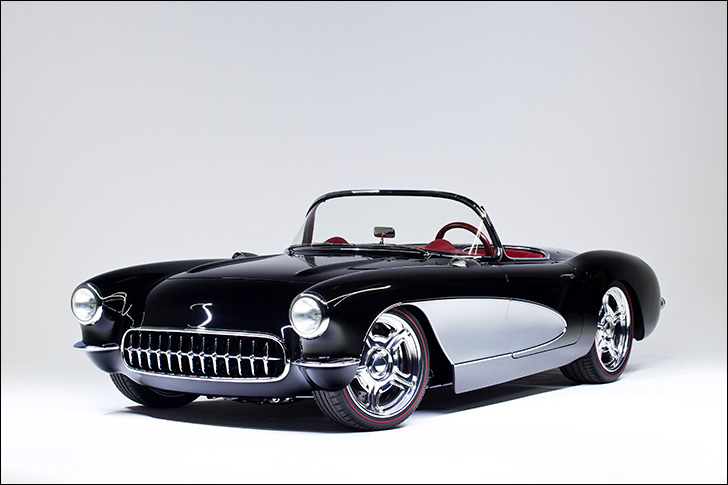 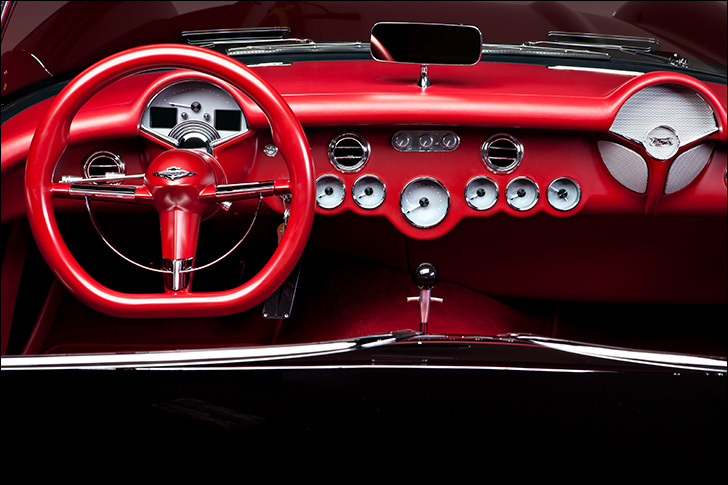 Our parents imprinted upon us day in and day out, giving up their own comforts to ensure we had plenty. Even if your folks weren’t on the cover of Better Homes and Gardens, they impacted who you are today. Charity Kindig is no exception; her father’s love for old cars became a corner stone in her life, and arguably set the stage for her to marry a wild-eyed car-nut named Dave.

Long before spiked hair and goatees, Charity’s father Richard bought this ’56 Vette off a car lot and spent his free time wrenching on it and cruising, not to mention spending time with his kids. A young Charity fondly remembers watching and helping Dad work on the various relics in his collection. 1982 was a turning point for the ’56, as Richard decided it was time to do the car right and test his mettle at the Salt Lake City Autorama. Burning the candle at both ends, the garage-built sports car placed second that year, with a second-place encore in 1983. Richard figured he’d proven his point, that a shade tree mechanical can build a car that hangs with the big boys with his own two hands, and retired from the indoor show circuit. As the years passed, the Vette lounged in the garage, making appearances for local parades and special occasions. Family duties, such as watching grandkids while Dave and Charity got their business off the ground, took center stage. 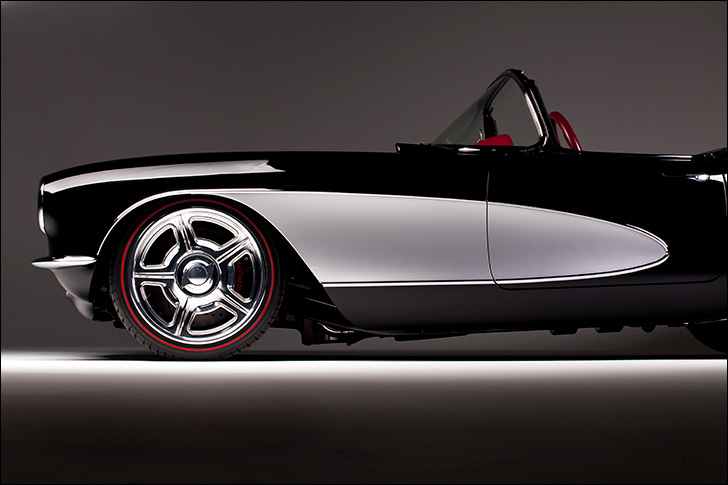 Now that the business, Kindig-It Designs, is up and running, the Kindig’s thought it was time to give back to the people that supported them through it all. What better way to say thanks than to resurrect the beloved Vette?

A new front clip and a quarter were fitted to the original body, along with a few subtle tweaks, such as narrowed and tucked bumpers, custom fuel filler door, Kindig-It flush door handles, Greening Auto Company headlights with threaded bezels and much more. The famous through-the-bumper exhaust tips were enlarged to accommodate 3” pipes, and the front marker lights were shaved, now residing in the headlight housings. The incredible team in the Kindig-It body shop laid down AzkoNobel Black Hole Black paint after smoothing the fiberglass flanks to absolute perfection. 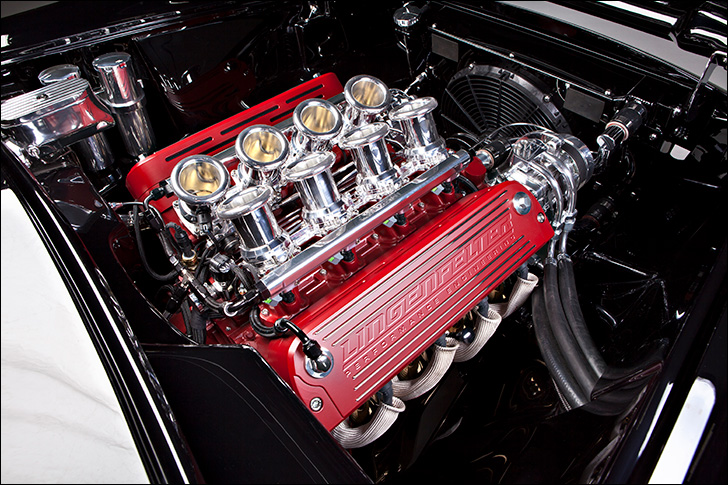 Art Morrison came through with a new chassis with a custom IFS system and a Strange Engineering Ford 9” in back. Wilwood brakes are found at each corner, plumbed to a matching master cylinder under the hood. That billet unit is nestled in next to a Lingenfelter LS7 generating 670 ponies. Charity requested something in the 400hp range for the 2,400 pound featherweight, and I think this is the closest Lingenfelter could get. Strapped behind the over-achiever is a Bowler-built 4L80E automatic. 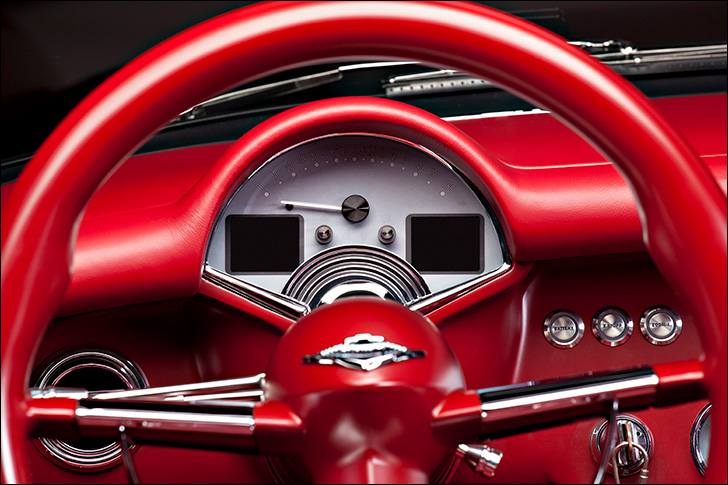 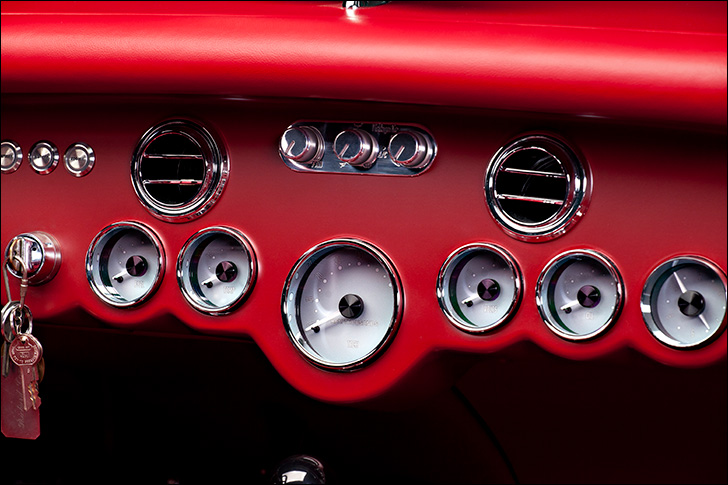 When Dave and Charity finally brought Richard in to see the finished product, there wasn’t a dry eye in the shop. To see a car you’ve owned, built and loved for 50 years be reborn into a true show stopping work of art is a feeling most will never experience. Richard isn’t the only one who likes Dave’s work, as evidence by the truck load of trophies it’s already brought home. Some families play catch in the backyard, some go to Disneyworld, and the lucky ones build bitchin’ rides together. 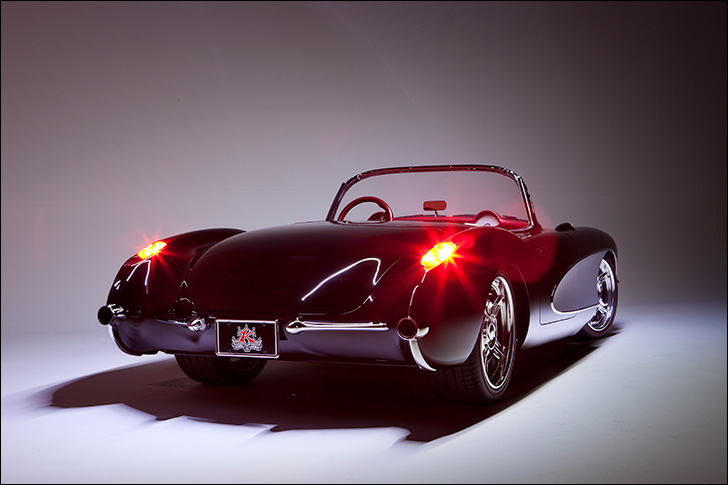