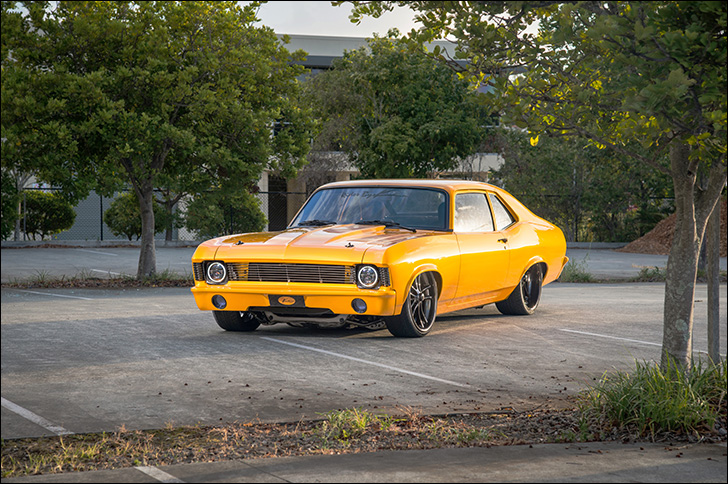 A young guy goes from being shown, to showing off

The Chevy Nova has made a career out of being a hot street machine or an all-out drag car. The smaller size compared to the Chevelle and availability versus the Camaro made the Deuce a natural go-to for the go-fast crowd. Enter Rides By Kam in Australia, the land down under, so called by Toto. One could argue that they’re looking at the same things we are, but upside down.

A fresh take on a familiar platform is perhaps just what we needed. For over 20 years Rides By Kam (RBK) has been turning out highly stylized American muscle cars under the command of shop owner, Rob Zahabi. Working right alongside him, watching and learning, is Rob’s son, Cooper. About the time he turned 16, this ’70 Chevy Nova was located near Reno, Nevada and shipped to the RBK compound to be thoroughly worked over as his first muscle car build. Unfortunately, it was not the dry desert car they thought, and the lower six inches of sheet metal had to be replaced or hand fabricated. Fortunately Cooper is no stranger to creating body parts out of flat sheet, but rust repair wasn’t the only metal work to be done on the X-body, far from it. The marker lights, side trim and all badges went by the wayside, and working his way up, the drip rails were sliced off and welded up. Both the front and rear bumpers were narrowed and tucked closer to the body and the front was graced with a pair of round driving lights in place of the stock square turn signals. One of the few times Rob lent a hand in the project was in the paint booth; Cooper got it prepped, and Rob shot the House of Kolor Sunrise Pearl paint. The unique color turned out to be one of the tougher paint jobs he’s done. 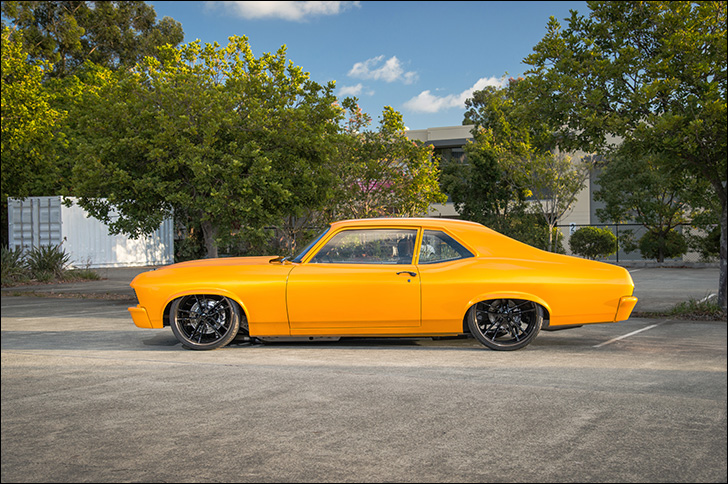 The Billet Specialties wheels are 20s up front and 22s in back, 8” and 10” wide respectively. Getting rollers like that to hide so far under a Nova takes a fair bit of finagling no doubt; mini tubs were added in the rear and the front wheel wells were left out completely. The missing front tubs give us a spectacular view of the 13” rotors and RideTech StrongArms control arms. A four link was installed in the back to replace the leaf springs and ease the transition to the new ground-hugging stance. RideTech’s Shockwave airbags are found at each corner and are filled ad dumped on command via the E-Level control system. 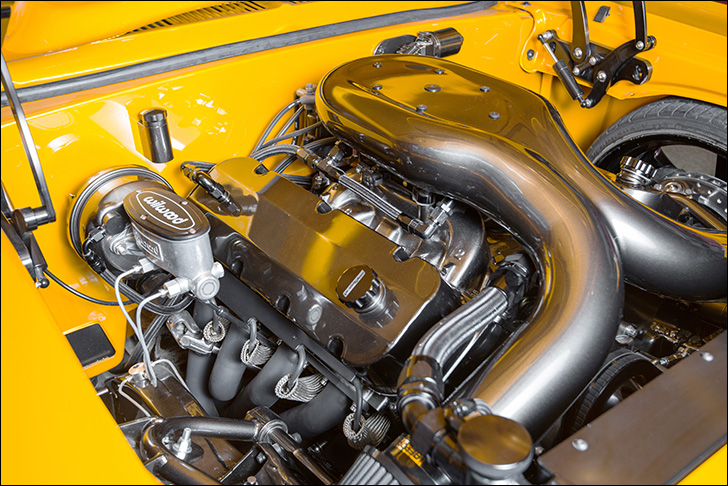 If you recall the other RBK machines we’ve featured, you should remember that big horsepower is a necessity. For Cooper’s Nova, Jakes Performance screwed together a 468 big block Chevy with a forged rotator including Diamond pistons for 9:1 squeeze. Aluminum heads are filled with 2.225”/1.94” valves; said valves are tickled by a hydraulic roller Mother Thumpr camshaft courtesy of Comp Cams. Up top, a Chevrolet aluminum intake is filled by a Holley Ultra XP 950 carb. The whole works put out a reported 500HP at the flywheel, which as Cooper put it, is plenty for the street. The Tremec T56 certainly elevates the fun factor; rowing gears with 500hp on tap gets hectic in a hurry! If you’re wondering about the overkill rotating assembly and relatively low compression ratio, the younger Zahabi is leaving his options open for a ProCharger in the future which quite likely would put power levels into the 4-digit range. 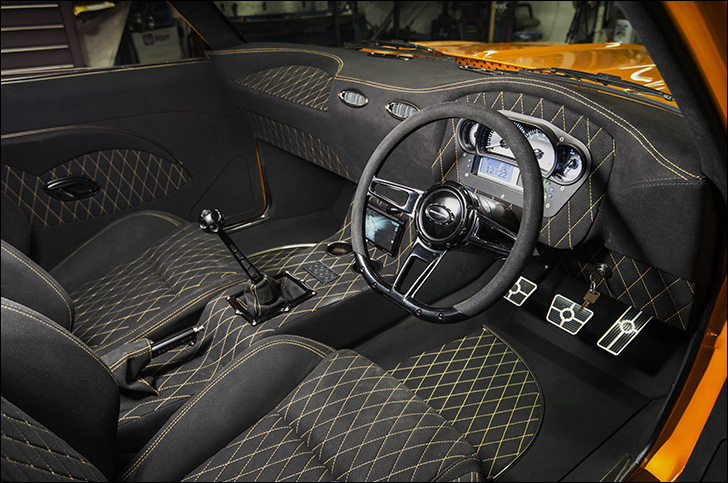 Rides By Kam got its start as an interior shop, which is why all of their wicked cars have over the top upholstery work. Nearly everything was covered by Alacantra, which is a synthetic blend that looks and feels a lot like suede. The black fabric wraps the VE Commodore Ute seats, custom center console, floor and dash, all set off by yellow top stitching. A Dakota Digital VHX-1100 race-inspired instrument system was set into the handmade dashboard, and the look is right on. A Billet Specialties steering wheel and Pioneer double-DIN display further modernize the cabin, as if it was lacking in any way! 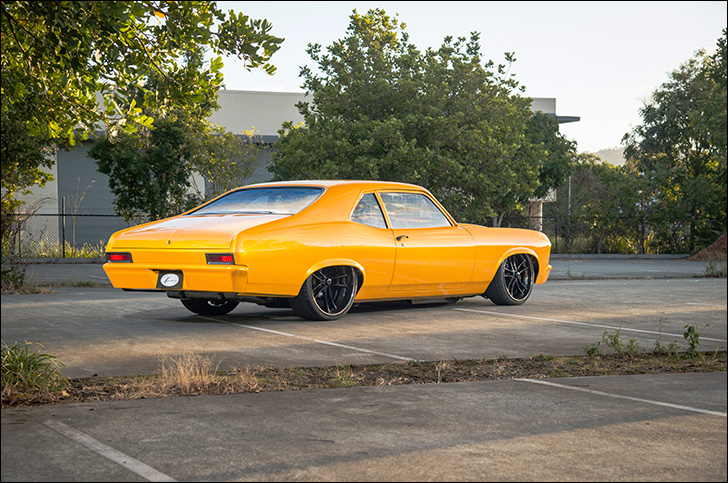 Cooper was stoked to debut his Nova next to his dad’s HAVOC Challenger at the 2019 Great Meguiar’s Uncover at the Summernats. Just being there with Rob was a dream come true, but the Nova pulled in a second place trophy for best coupe to top it off! Having such a car under his belt at age 18 and being a part of the RBK legacy suggests that this is not the last over the top car we’ll see from Cooper and the men at work.