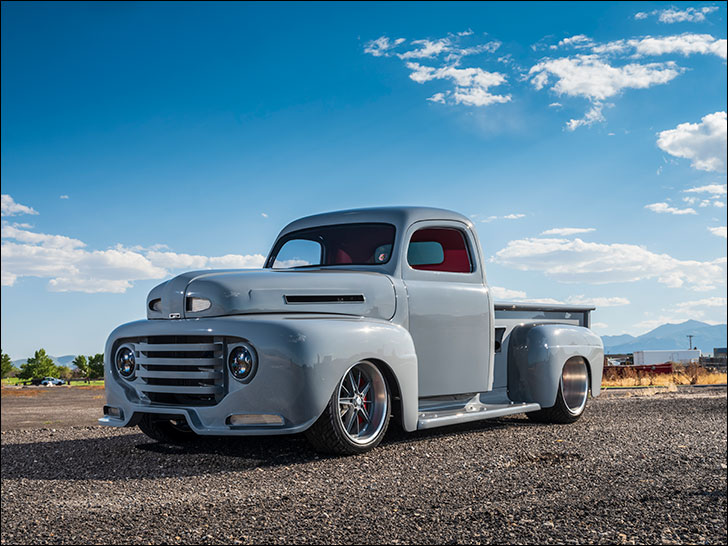 A lot of us have that “first hot rod” memory. That memory that started us into this so-called hobby that carried on for years and years. Yes, there are a lot of frustrations, busted knuckles, burnt fingers, blood soaked shop rags from working on our toy and learning the ropes. Most any other project that causes this many injuries and gray hairs we’d throw in the towel and call a professional, but not car folks. It’s fun they say, build a hot rod, it’ll be great!  Some of you readers have even done it more than once, or made a career out of it. And I’ll guarantee you, you’ve all said, “that’s it, I’m done, can’t take it anymore”, which probably was around the time the 9/16 wrench went sailing across the garage and landed in the deepest darkest corner possible. Don’t feel bad, we’ve all been there. 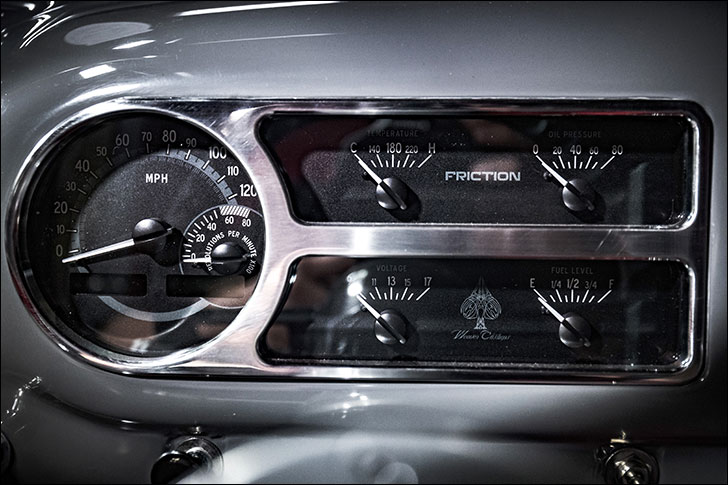 Meet the twins Mack and Randy Weaver, Mack has seniority by about 15 minutes. Back when the boys were around 15, 1994 or so, their dad gave them their first vehicles. Mack got a 1950 Ford F100 his dad had been tinkering on for a while. Now step back to when you were younger and got your first “hot rod”, this truck is no different. All the dumb things you, we, they did to them. Yes, it had a souped up small block Ford for a while, probably complete with yellow Accell spark plug wires, Moroso wire looms and the chrome kit from Mr. Gasket, because that’s what kids do!  That’s just the beginning though, it wore a straight axle front end for a while, later to be replaced by a Nova subfame, there was a 6-71 blower between the fenders at one point, with no hood of course. Wheelie bars sticking out the back, then the boys gave it a haircut and chopped the pillars and dropped the roof, and then Mack gave it to Randy not to long ago to drive back with a warmed over 418 Windsor in the engine bay. This was the beginning of the end. As Randy puts it, “it was pretty beefy” so he stuck his foot in it and literally blew out the side of the block. 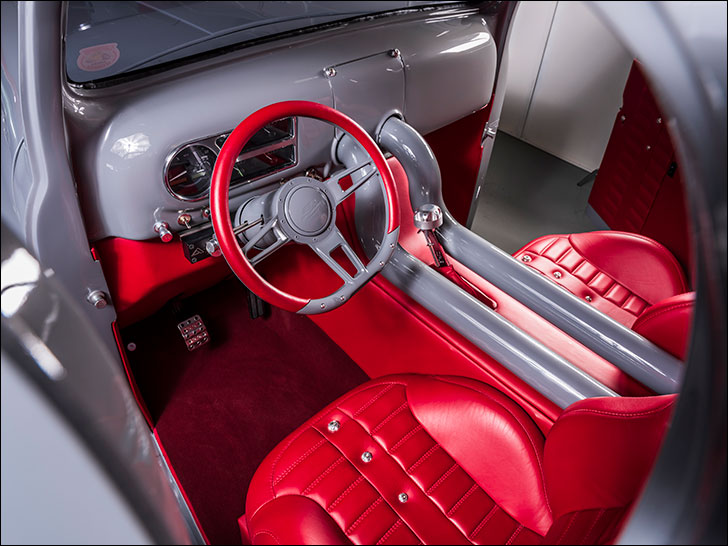 You may recognize the name Randy Weaver, him and his wife Sydney have been building hot rods for awhile now as Weaver Customs in the Salt Lake City Utah area. Lucky for Mack, and probably Randy, Weaver Customs is top notch at building custom one off rides, and the family discount always helps too. Long gone is the small block Ford, how about a twin turbo Cummins 4BT instead, with around 600hp and 1,000 ft/lbs of torque. 14 inch Wilwoods for stopping power surround the custom independent front suspension and 4 link rear end. The body has been completely massaged, no panel left untouched. The roof remains chopped, windshield laid back slightly and it was all covered in Axalta “Torq Grey” paint. Custom red leather interior, Dakota Digital VHX gauges, and inter-cooler piping for arm rests set the cockpit apart from anything else. 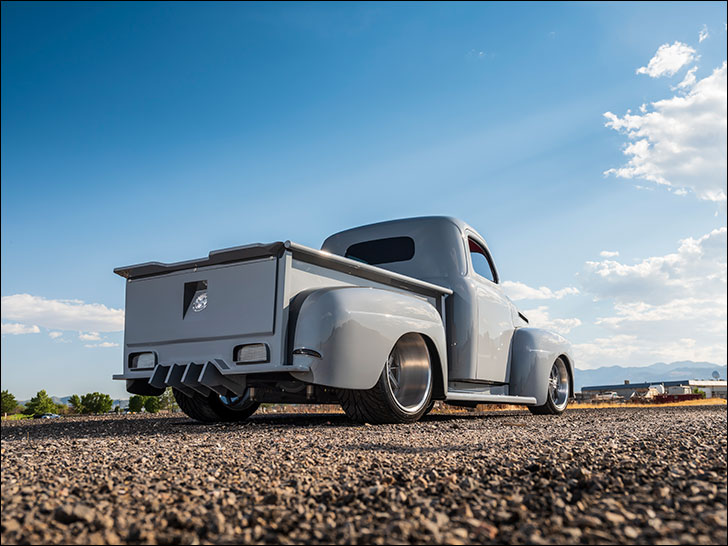 I didn’t ask where the name “Friction” came from, maybe from the two brothers and boys being boys, or maybe the fact that this truck can overcome friction with a twitch of your right foot on the accelerator pedal. Regardless, I’m confident the brothers learned a lot along the way with this ‘ol truck, but I still can’t believe they took the wheelie bars off.