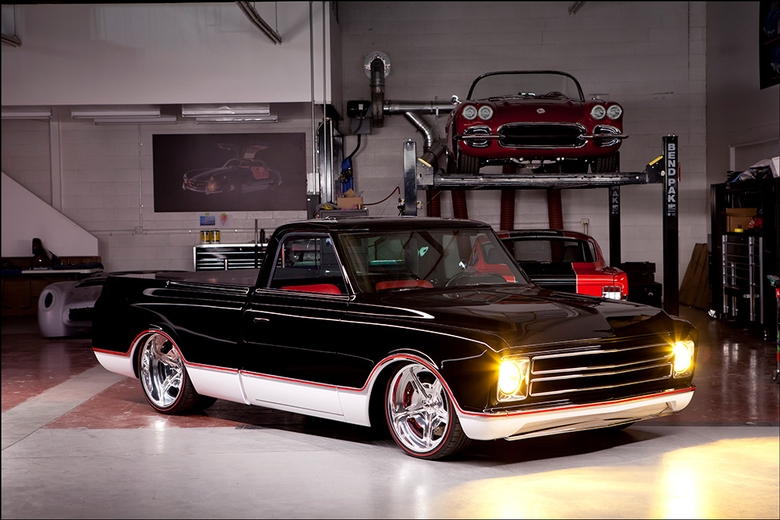 If you’ve spent anytime in the last 50 plus year at a car show or flipping through monthly magazines, you’d think you’d have seen it all.  Now days with the “Google machine” (props to my friend Hector Soto for that phrase) you can find it all.  Or can you?  When’s the last time you saw a convertible truck?  I don’t mean a removable hard top on SUVs such as Blazers, Broncos and Jeeps, where you can go topless, I’m talking a fully functional convertible truck.  The Chevrolet SSR is about all you’ll find.  There are mixed reviews on the cool factor of this vehicle depending on who you talk to.  But then there is the king of cool, Dave Kindig in Salt Lake City, Utah with Kindig-It Design and the famed Bitchin Rides TV show.  After you’ve built and restored a 1 of 12 GM Futurliner bus, how hard can a convertible truck be?

Kindig had a 67 C10 truck on a lift taking up space from a previous project that went by the way side.  That customer and Kindigs new customer, Dave Maxwell struck up a deal and the pink slip traded hands.  Maxwell wanted Kindig to build the “Ultimate C10”, the word “ultimate” is something they are very familiar with at Kindig It Design.  During the middle of the project, Maxwell called Kindig and asked his opinion on making the truck a convertible?  Now speaking from experience, builders just love it when you throw a curve ball at them after work has already been completed, there is a Hector Soto story about this topic too but that’s for another day.  Maxwell’s next question to Kindig was, “Do you think I’m crazy”?  To which Kindig replied with “Crazy cool”. 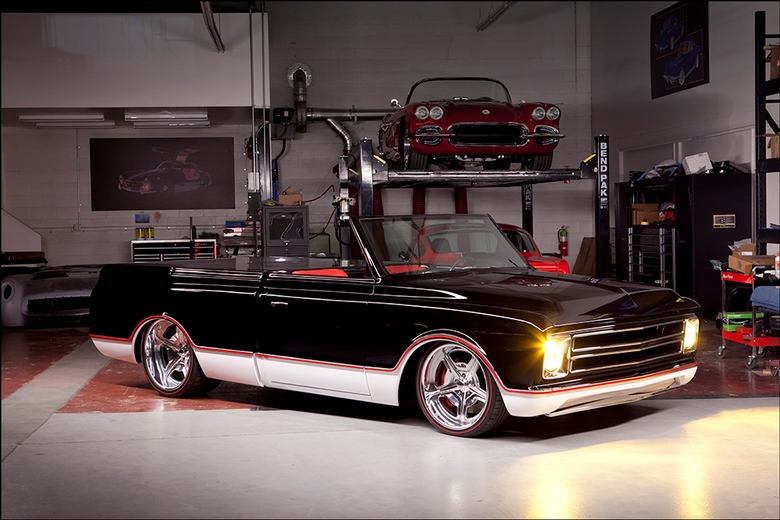 We aren’t going to get all technical in this story but the end result is this, unlatch the roof at the windshield, push the button and the tonneau cover opens, the roof retracts and voila, you’re now cruising the coast in Hilton Head, SC in a one-off convertible truck. 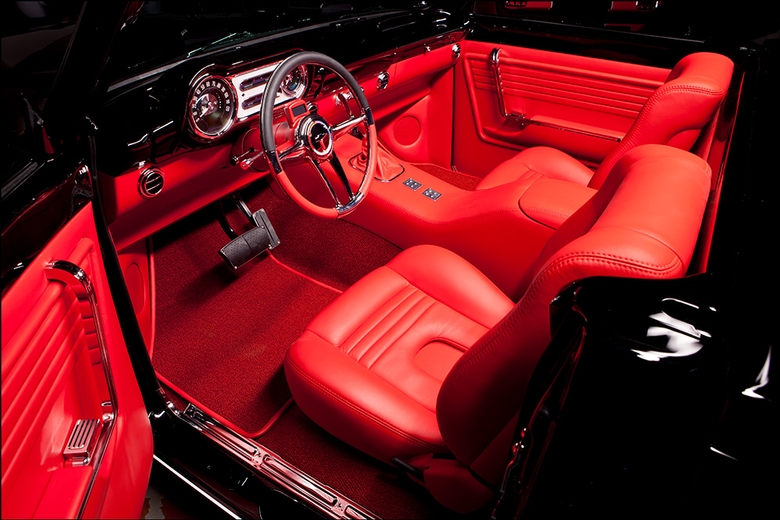 There’s a long list of extras the team at Kindig-It added to this truck, it’s covered in AkzoNobels Black Hole Black and No Strings White paint, custom leather interior by JS Custom Interiors, a stretched hood, custom roll pans, a Lingenfelter massaged LS7 6.2 with a 6L90E trans behind it, all rolling on a Roadster Shop chassis.  Kindig opted for off the shelf Dakota Digital RTX 53-54 Chevy gauges for the dash to monitor the engine.  This is a really intricately designed gauge system that looks like a fine piece of jewelry in the custom fabricated dash.  It all matches beautifully with the Lokar, Billet Specialties, EVOD, Ididit accessories that adorn this truck. 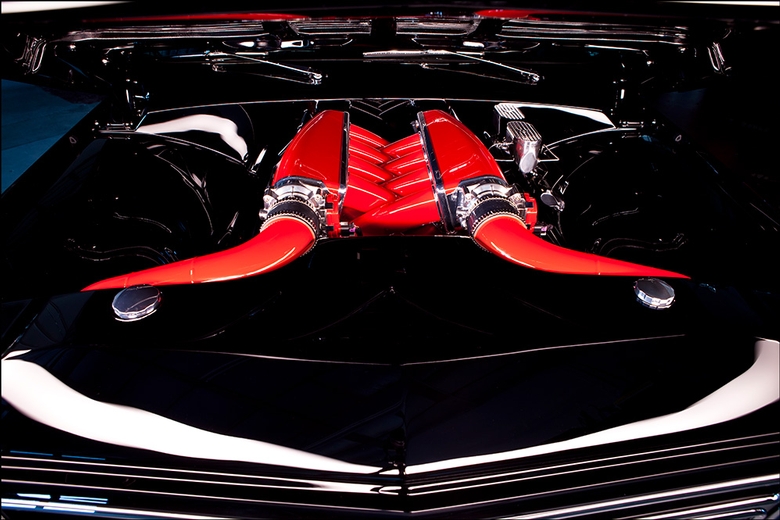 This truck has already been bringing home hardware at shows in 2021.  Most notably, qualifying as the GoodGuys Rod and Custom Late Truck of the Year Finalist.

I hope Maxwell has a big trophy room, this convertible truck is going to be a winner everywhere it goes.  Kindig said they only thing they didn’t do to the truck was make it fly, maybe Maxwell will need a pilots license in the future? 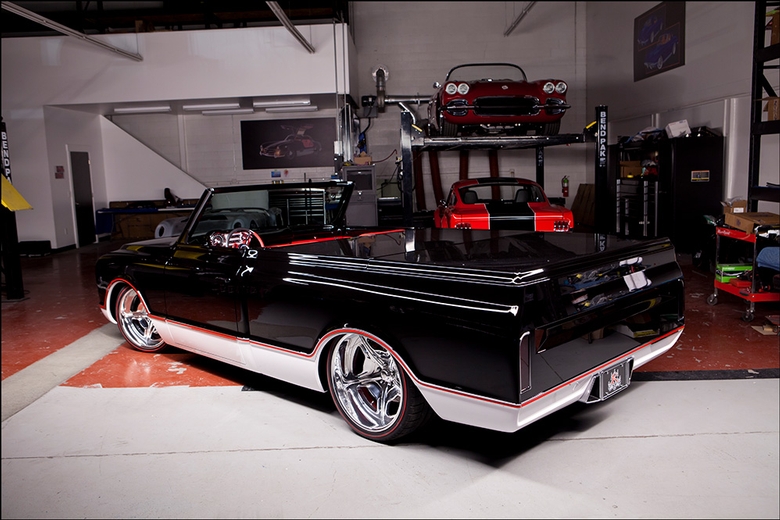