It’s an age-old debate, is it a car, is it a truck, what is it?  It’s a “coupe utility” according to some sources.  Ford advertising from the late ‘50’s stated, “More than a car.  More than a truck”.  They were built on the automotive assembly line and then sold through Ford’s Truck Division.  Which brings us back to this conundrum, what is it?

I reached out to my good friend Randy Borcherding at PAINTHOUSE in Cypress, TX and said, “I need some pictures of the Ranchero”.  He sent me a wonderful link with all kinds of photos of a white Ranchero with some 70’s graphics on it that was a little rough around the edges but overall, a really solid “coupe utility” project.  Little did I know, Randy is becoming the Ranchero king.  A customer and friend of ours had found this white one for Randy’s next assignment and he assumed that’s what I wanted to write about.  Unbeknownst to this Chevy guy, the white one was a ‘72, while the one pictured in this article is a ‘71.  I guess I needed to be more specific in my initial demand. 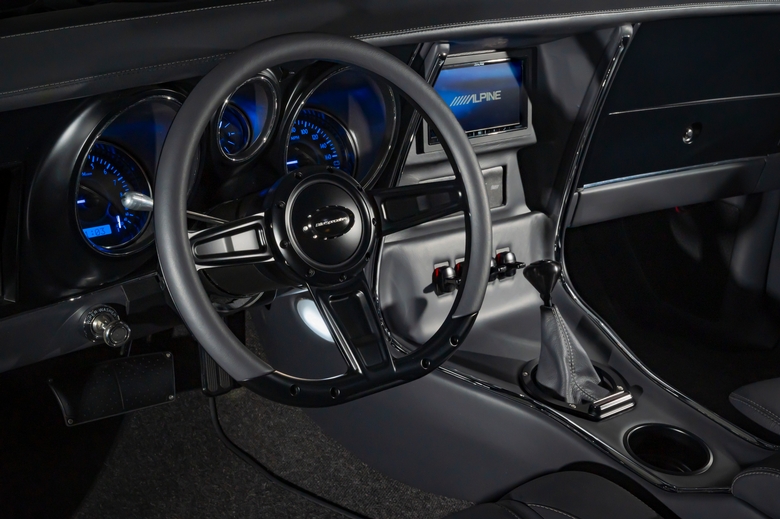 Once we got the right vehicle sorted out, I was able to learn of the transformation that took place over the span of about 2 years.  Randy prides himself on keeping the factory lines that are “right” and not taking away from what makes the car/truck unique.  I’ve heard some describe this process and “taking all the ugly out”.  The subtle details include a GT front end, tucked bumpers, hood scoop and a custom leather interior from Stitch by Stitch just to name a few.  One of the many unique features is the handmade brass/chrome moldings in the interior and along the bed of the vehicle.  The short version is a resin mold was made of the area, filled with brass and then shaped and chromed.  It’s a subtle accent many may not even notice. Oh yeah, there is a custom, aluminum, powered bed cover protecting the truck part of this rig. 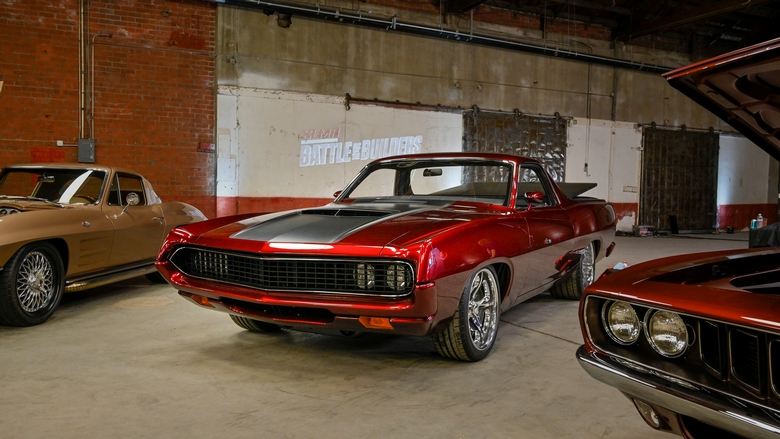 Back to the interior, a 71-73 Mustang dash was fabricated in behind the steering wheel of the “ute” and filled with Dakota Digital direct fit VHX gauges, a full 6-gauge display to monitor the 351 Cleveland under the hood and dual LCD screens for the information centers.  These will give you the extras such as odometer, dual trip odometers, accurate digital readings of all the vitals and many other features making the VHX an excellent bang for your buck. 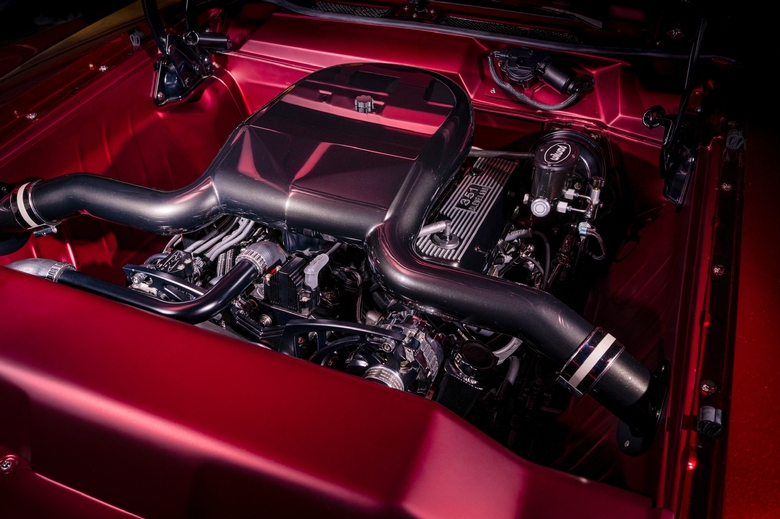 With PAINTHOUSE’s custom-created PPG-based “Dark Maroondy Pearl” color on this…”thing”…I’m not sure anyone would want to take this Ranchero to the lumber store and pick up any 2x4’s or paver bricks - or - let their son (or daughter) take it to prom with that spicy, fuel-injected Cleveland. However, if you do take it to the hardware store, it begs the question - do you park in back with the trucks, or up front with the cars? Either way, you won’t be wrong. 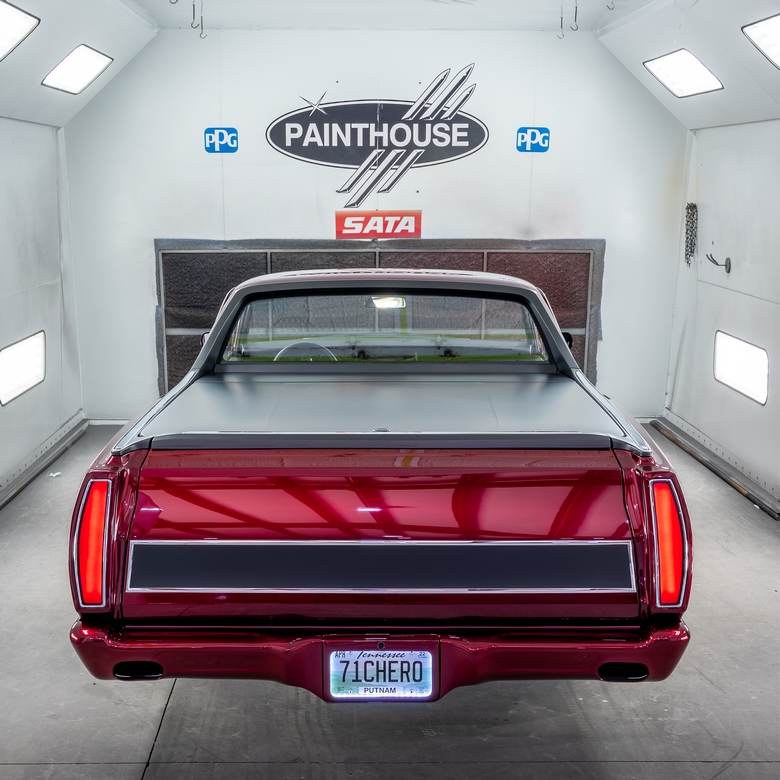