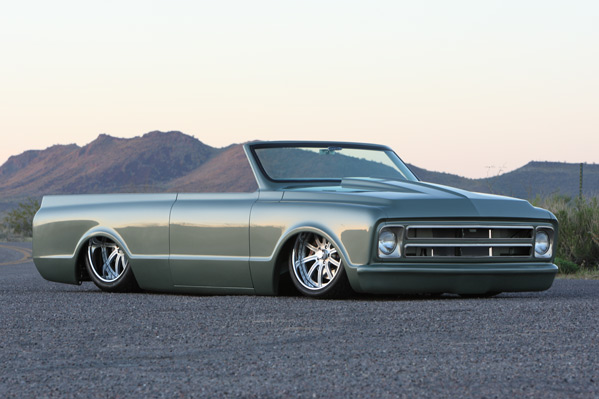 Each month, this column will be dedicated to featuring stand-out vehicles from around the country (and maybe across the globe!). We hope you’ll grab a copy of The Motor Market each month to see what we’ve dug up for you; each feature should be a feast for the eyes and hopefully inspire you to get out to the garage and wrench on your own dream ride.

To kick things off, we thought of no better truck than the stunning ’67 Chevy Blazer created by the crew at Fesler Built in Phoenix, Arizona. This truck has been cut every-which-way and is nothing short of amazing. The roof is missing (who needs a roof in Phoenix?), the windshield has been chopped and laid back and everything been shaved. The doors are now opened at the touch of a button with a Dakota Digital Commander remote entry system. The understated color was laid down by Gary Sharp.

What originally was a 4x4 truck now rides on a Jim Meyers Racing custom built frame, with a Chris Alston's Chassisworks rear end. To get the stance just right, RideTech air springs were used front and rear. The list of high-end goodies goes on with VIAIR compressors, six-piston Baer Brakes and more.

This truck was designed to be driven low, and driven hard. To meet the demands, the Fesler team selected a dependable and hard-running LS1 coupled with a 4L65E. The engine was treated to a Billet Specialties True Trac system, Sanderson headers, FAST manifold and throttle body, Accel Gen 7 computer system, and a 3-inch exhaust system from Flowmaster.

With a drivetrain of that caliber, it’d be a shame to have a stock interior, and the team used nothing but the best; Vintage Air, Flaming River, Billet Specialties, Lokar and Dynamat products abound inside. When it came to monitoring the vitals of this beast, Chris Fesler called us up looking for options. He wanted to keep the dash smooth, slick and functional. We sent him two of our VFD3-1002B bezels, and the Fesler crew cut and welded them together to create one beautiful piece, which we then created a custom lens to fit. With the added length, our custom shop was able to incorporate a few extra gauges, along with the gauges for the air suspension. Although we’re not sure how often the Vintage Air Gen II AC system gets used (after all, the truck has no top), Fesler again called upon us to supply one of our digital climate control units. Finishing off the interior is a killer sound system from Kicker using a Pioneer in-dash DVD, Teas Design seats. Fesler tapped Matrix Autotrim for the beautiful leather and carpet work.

Meanwhile, back in Sioux Falls at Dakota Digital, we couldn’t be more proud that a build of this caliber features several of our products. We’d like to extend a gracious thank you to Chris Fesler and everyone behind this truck, and we invite you to tune in next month for our second feature! 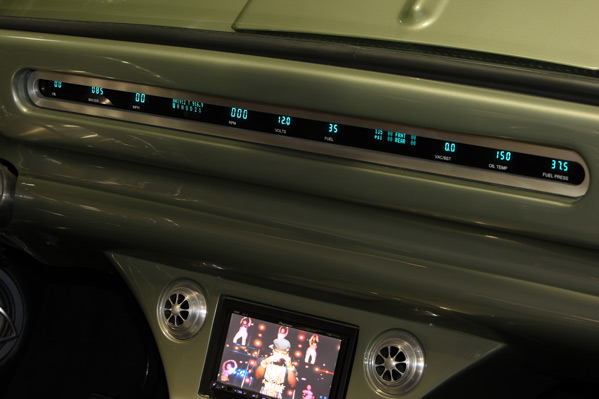 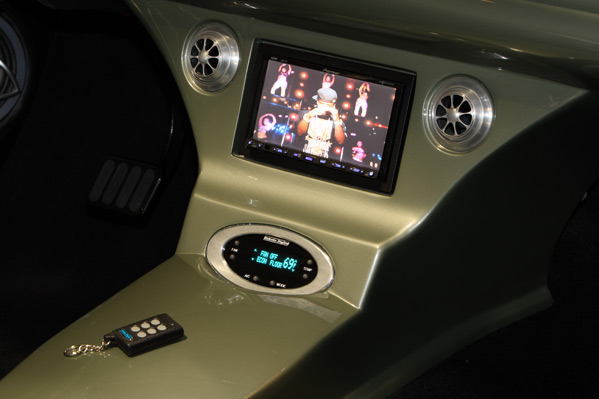 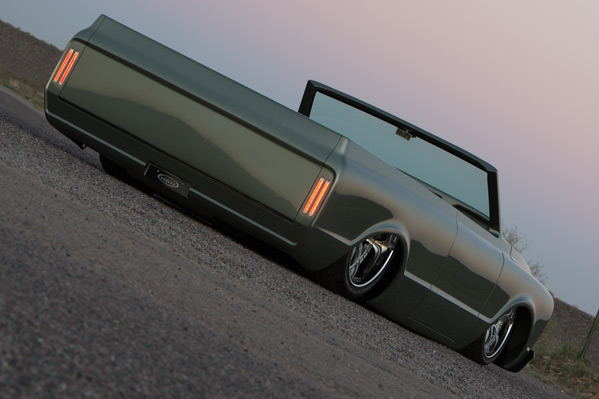 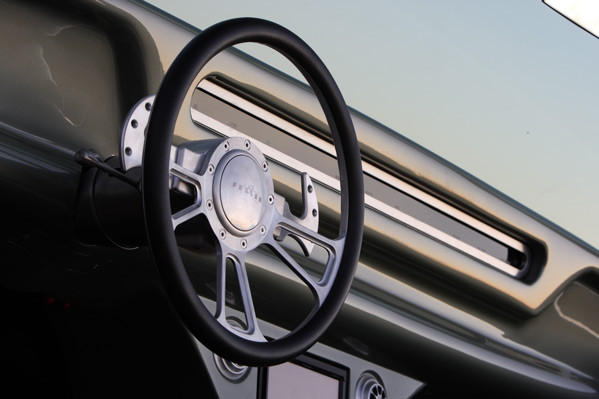