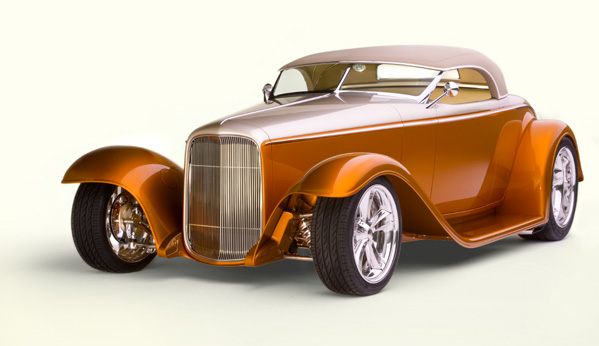 Smooth.
Jerry Magnuson wanted to build a car to show off his company’s superchargers, but he didn’t have a company test-car for thrashing on the ‘strip or autocross in mind. No, the namesake of Magnuson Superchargers wanted a hot rod that would hold its own in Detroit at the Autorama, as well as get down to business on the street. Keeping the build close to home, Jerry assembled a crew of Magnuson employees to construct his dream rod. It seems these boys are more than just psi-this and blower belt-that; this car is phenomenal. In fact, the build was going along so well, Chip Foose caught wind of the car, and told Jerry he’d like to finish the car. Most of us are aware of the pitfalls that spring up when taking over a project, be it hot rod or otherwise. It’s especially rare for a builder on Foose’s level to finish another person’s project, which should give you a clue to the level of craftsmanship Magnuson’s crew put into this car.

Starting with an ultra-rare (one-of-ten) body from master metalman Marcel DeLay called Muroc (which included a complete chassis from Jerry Kugel of Kugel Komponents fame), Magnuson and friends hand-built almost every inch of the car. From the mind-boggling interior to the beautiful (and stout) engine to the Foose-tweaked rear fenders, it’s blindingly evident that Jerry has some phenomenal craftsmen on his staff. The car rides on a narrowed Kugel IRS with inboard disc brakes in the back while the front suspension is a special Kugel independent setup as well. The astounding hand fabrication that went into the dash and interior was (almost disappointingly) covered by two colors of leather by Jim Griffin. American Auto Wire supplied the main wiring harness. The hand-built metal dash houses a Dakota Digital VFD3-1011 instrument system, but it’s unlike any digital gauge setup you’ve ever seen. Not content with an off-the-shelf part on this car, Jerry created a bird’s eye maple insert to lie on top of the custom amber lens. The result is an outstanding centerpiece that flows elegantly into the rest of the dash, which flows into the door panels, which in turn flow to the hand-made bucket seats. Like we said; smooth.

Resting on some of the most beautiful motor mounts and crossmembers in existence is a Kenny Duttweiler-built LS engine topped with, what else, but a Magnuson supercharger. Unless this is the first car magazine you’ve read in the last 20 years, you’re well aware that Duttweiler is known for making big power with forced-induction engines; the 5.7L LS in the aptly-titled ‘Magnatude’ is pumping out around 570hp at a mere seven pounds of boost. With a stock cam. With the power dialed in and hooked to a Tremec 6-speed, Magnuson built a box to house the coil packs – instead of cluttering up the engine, they’re artfully hidden in front of the oil pan. Foose designed the swoopy engine cover that is easily summed up in one word: smooth.

Over the last few years, over-the-top show cars seemed to take a backseat to the current trend of cars built to be driven. In a bold move, Hot Rod Magazine spotted the car at the 2009 SEMA show and challenged Jerry to drive Magnatude on the ’10 Power Tour, with every confidence he’d politely decline. Much to everyone’s surprise, Jerry responded by applying 3M protective tape to the chassis and driving the car over 1,200 miles. If our humble opinion matters, we at Dakota Digital think Jerry knocked one out of the park with Magnatude; not only did he build a show-stopping hot rod, he got a car he can get in, crank up and glide on down the road, smooth as silk. 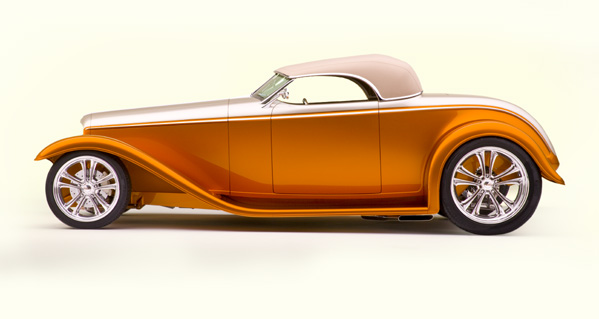 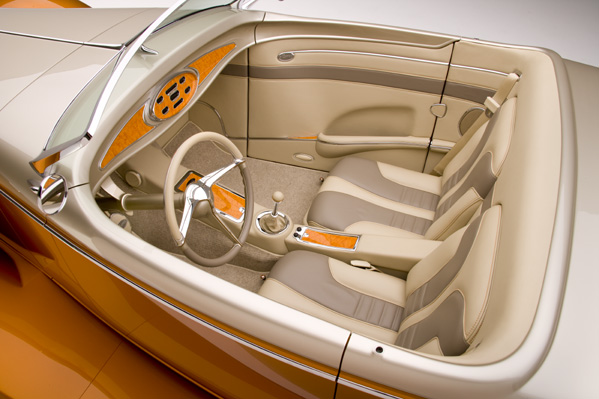 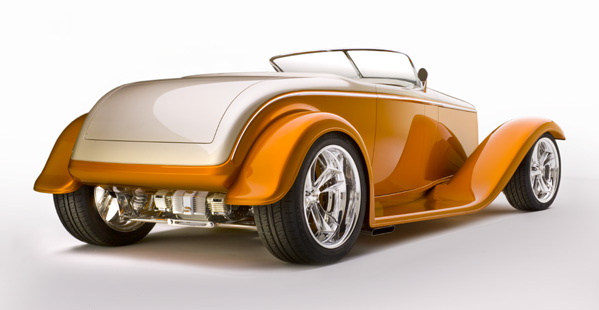 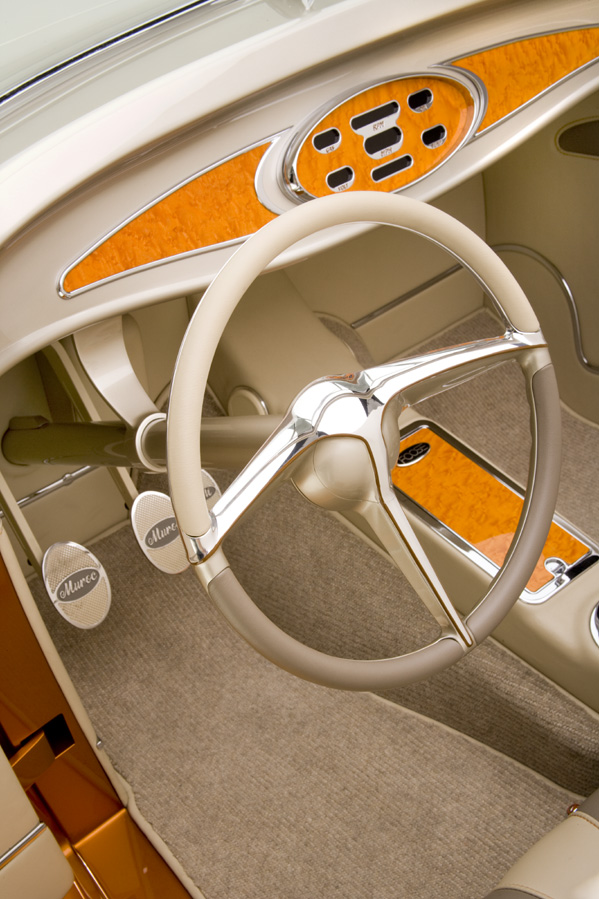 Check out the original article along with the rest of the Motor Market magazine!! Click here