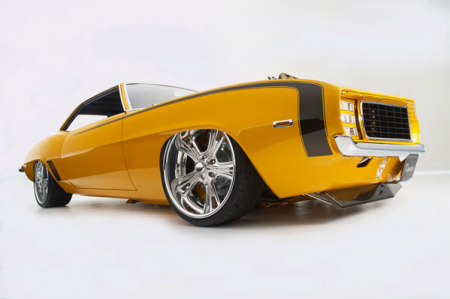 We’re all well aware how ‘cookie cutter’ the ’69 Camaro has become. Ok, fine, but before you flip past ‘another ‘69’, take a hard look at this one. Every inch of this sparkling gold ‘Kamaro’ built in by Kam Motor Trimming in Australia has been massaged; this is one of those cars that, the more you look at it, the more you notice. Many people would miss half of the mods if they weren’t pointed out. Perhaps the best way to dissect this car would be to park a stock ’69 Camaro next to it and play ‘Where’s Waldo’ with subtle tweaks.

There are some obvious changes, like the shaved handles, mirrors, hammered stance, big wheels, oh and the 8-71 huffer poking out of the hood. This list isn’t earth-shattering these days, but all of this done to the same ’69 Camaro is a new twist on an old favorite. If you look closer, you’ll notice the billet driving lights and side marker lights, the rear valence molded into the quarters, and the amazing craftsmanship that went into the all-steel hood. The hole for the blower is filled and smoothed to perfection; heck the underside is as nice as the outside. It must be a shame to close the hood!

Speaking of the blower, it’s an 8-71 from Weiand topped with Enderle fuel injection, complete with a ‘bug-catcher’ scoop. The engine is a 400 small block based on a Dart block with AFR heads. In true racer form, car builder Robert Zahabi is fairly tight lipped about the rest of the specs. Since a blower motor doesn’t make much for vacuum, the power brakes are now operated via a hydro-boost system; the engine is cooled by two electric fans. The hard lines for the fuel injection are a work of art in themselves, the countless (ok, there’s 22) tubes are parallel and perfectly routed. Instead of clutter, they add to the visual impact of the already-imposing supercharger.

The chassis is as nice as the topside of the car; everything has been smoothed, molded and painted to match the body. Zahabi built his own four-link rear suspension while the front sports tubular control arms and large drilled and slotted brake rotors. The front end is so good-looking that the inner fenders were left out, giving an unobstructed view of the suspension and 18” Billet Specialties wheels. Contrary to what you might think, the car has not been tubbed to squeeze those 20” rollers in back; Robert wanted to update the Camaro without hacking it to bits and disrupting the classic lines of the F-Body.

As if the outside of the car wasn’t slick enough, the interior brings the car to another level. The door panels, dash and console are all custom made and flow together remarkably well. The interior in the Kamaro makes people stop and stare. Not satisfied with the awkward stock ’69 Camaro dashboard, Zahabi laid fiberglass over a form carved out of florist foam to create the new dash. For instrumentation, Dakota Digital Solarix gauges were used; a 3 3/8” speedometer and tachometer in the dash, while four matching 2 1/16” gauges are placed in the console, reminiscent of an original Camaro. As you surely guessed, the car has an air ride suspension to get it so low. Located in the center of the dash is a Dakota Digital DHC-2101 ride height controller allowing the driver full control over the Kamaro’s altitude and handling. Within this single unit, Zahabi can keep an eye on the pressure in each bag as well as the tank. What’s more, three different heights are programmed so the car can be raised to enter a driveway, dropped to ride height, and then slammed at a show, all with the touch of a button.

As promised, we’re striving to bring you some of the coolest vehicles out there, from here or abroad. After featuring a few US-built vehicles, we wanted to find something stunning from our neighbors across the pond (Whichever pond that may be). We are continually impressed at the level of skill, ambition and determination our fellow rodders in Australia exhibit. Do you have any idea what parts from the US cost there? We think this car will open the eyes of those that view America as the only place that can build killer cars, and who woulda thought that a Sioux Falls-based company would have a hand in a car of this caliber, from Australia no less!! Kam Motor Trimming’s Kamaro is a bit untraditional with its air ride, 8-71 and 20” wheels, but we say so what! The thing looks absolutely killer with a mean stance and performance to back it up. If this is the norm in Australia, someone drop me off at the airport, I’m takin’ a vacation down under! 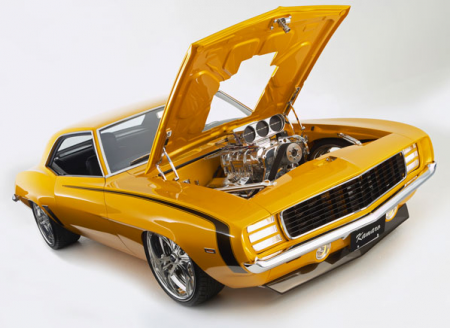 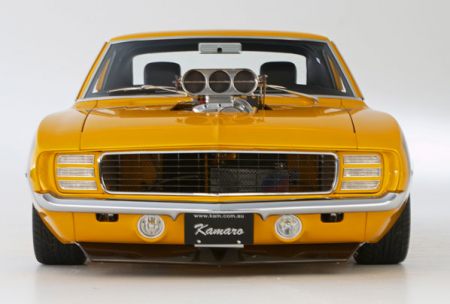 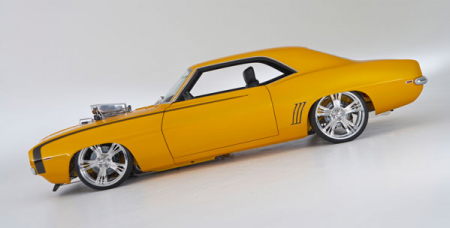 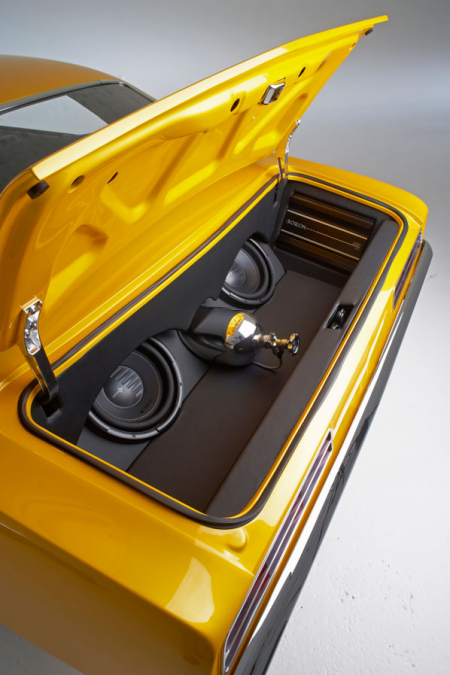 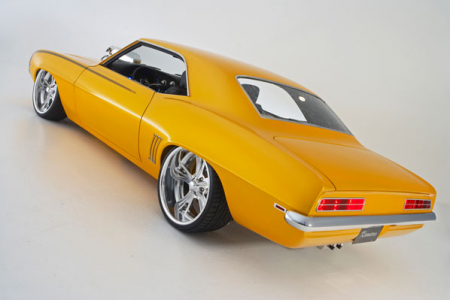 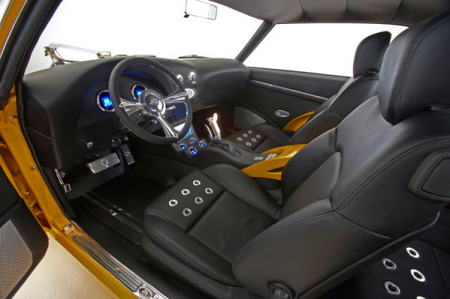 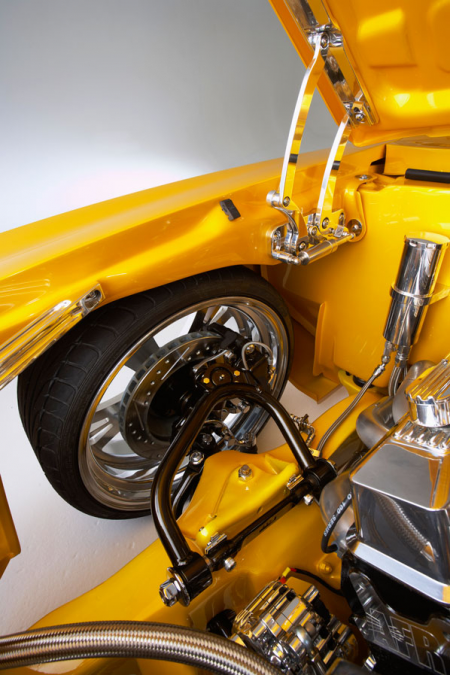 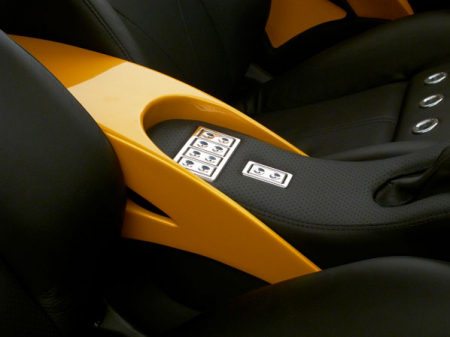 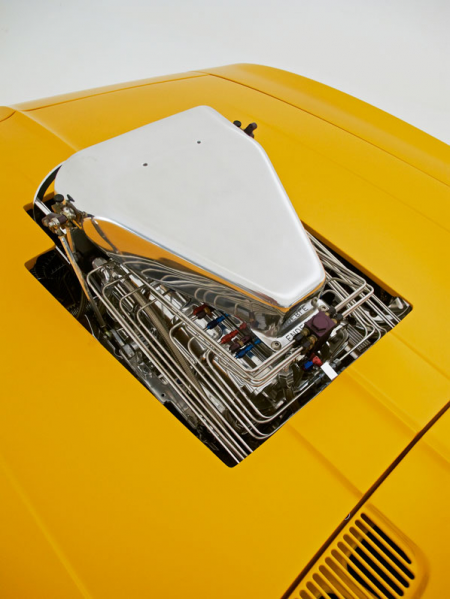 Check out the original article along with the rest of the Motor Market magazine! Click here