“The best-laid plans of mice and men often go awry,” wrote Sidney Sheldon. If you’ve ever been part of a home renovation, a family vacation, or project car, this quote hits close to home. WAY too close. Like many of us, Ken Callison, owner of ididit Inc., had the undeniable urge to tear into an old car in hopes the images in his head would spring to life from the rubble. On a mundane trip to Garden City, MI in 1987, Ken spotted a County Truck Orange 1965 F100 parked in a K-Mart parking lot, tempting him with a $2,500 price tag, and the stage was set.

The ididit name may sound familiar to you as the source for high-quality, USA-made steering columns and accessories. The explosive growth of ididit demanded Ken’s full attention, and his newly acquired F100 was regulated to storage for 12 long years. While he worked hard to grow his business, Ken took comfort in the back of his mind knowing he had his truck. In 1999, Ken called upon Tom Rose to get to work on the truck. Within weeks, Tom built a chassis jig and got to work modifying the stock Ford frame. Ken recalls one instance when his wife, Jane, came into the shop to ask Ken a question, and she took one look at the F100 carcass in the jig, with no rearend or cross members and sighed “Oh God, I hope you know what you’re doing!” and walked right out the door! Jane got another eyeful when she saw the roof cut off the truck, laying in at least four pieces on the floor. While Mrs. Callison was in shock, Ken and Tom were well on their way to making the truck a hardtop, and lowering the lid four inches in the process.

After massaging the front fenders and hood, handmade upper and lower valances and grille were sorted out. A good friend, Carl Girbach, worked his magic on the bed. He fixed a sizable dent from a tractor encountered in the truck’s previous life, put in some massive wheel tubs, filled the gate handle, stake pockets and taillights. Murphy’s Law thought this a good time to stop in to the ididit shop and spice things up; Ken’s son, Scott, was maneuvering a forklift loaded with a bundle of steel tubing (for building steering columns you see), which proceeded to fall off the lift and into the newly finished bed. Weeks of Carl’s hard work was converted to mangled scrap in the blink of an eye. A new bed was found in Arizona (although it came with a whole truck) and the project was back on track.

September 11th, 2001, among other things, put a damper on the hot rod industry, and as a result, work on “New Again” stopped. After a few long years, things were starting to look up and the truck stepped back in to the limelight. With a completion date for SEMA ’05, work on the truck was hurried to say the least. Ken settled on PPG Majik Blue for the color of his hauler. As if the Gods on Olympus were against the completion of this Ford, Hurricane Katrina destroyed the plant in which PPG makes the Majik Blue paint!

A few more hiccups, some larger than others, appeared but all were conquered by the dedication of Ken and his friends. The truck rolled into the ididit shop late October, 2005, with plenty of time to spare before SEMA (plenty of time in project-car-cramming-to-make-a-show world anyways). While Ken was mopping up the drool from the floor, Jane informed him that she scheduled the truck for a photo shoot the very next day. After the shoot, the truck was loaded up with the ididit booth and set off for its world debut at SEMA in Las Vegas.

No matter how well we plan our hot rod builds, something always pops up that we didn’t count on. Something falls through or real life catches us and changes our direction. Ken Callison couldn’t have built this truck with much more adversity; he is eternally grateful for his friends, crew and loving wife Jane. “New Again” met the goal of dropping jaws at SEMA, and, while making a living selling parts for other people’s cars, Ken now enjoys cruises in his own personal hot rod. 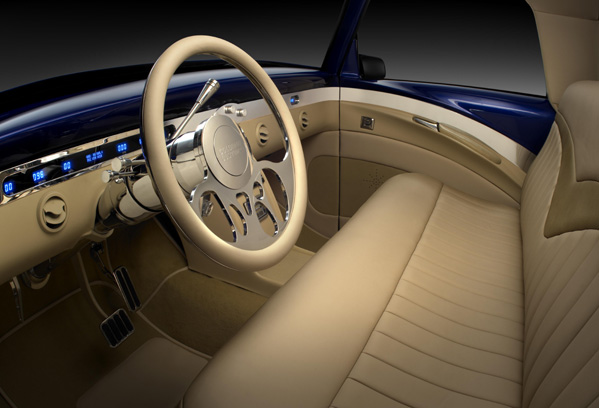 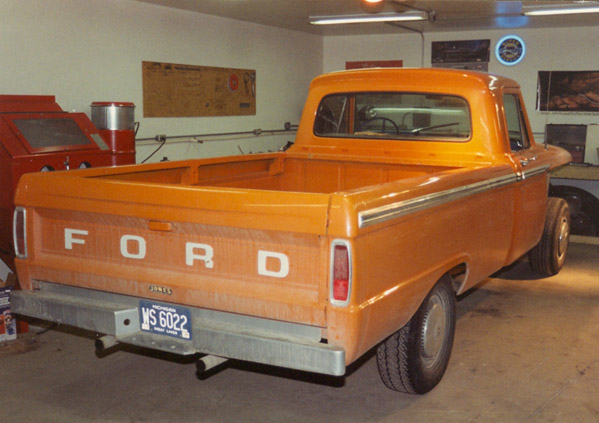 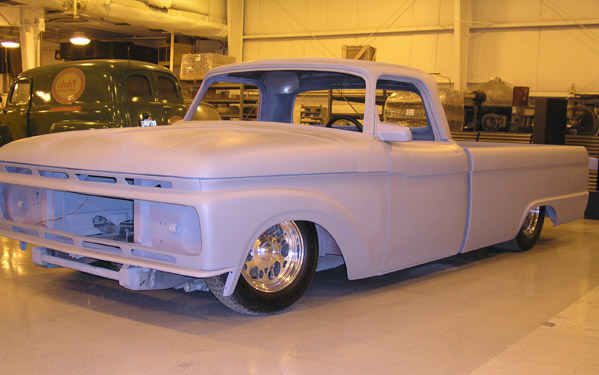 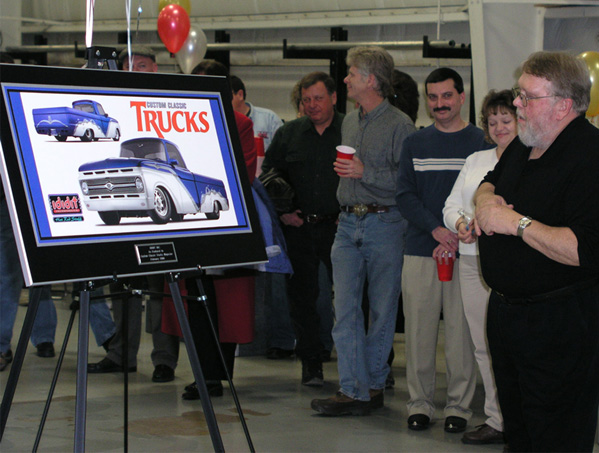 To see the original article, as well as the entire Motor Market publication, click here!