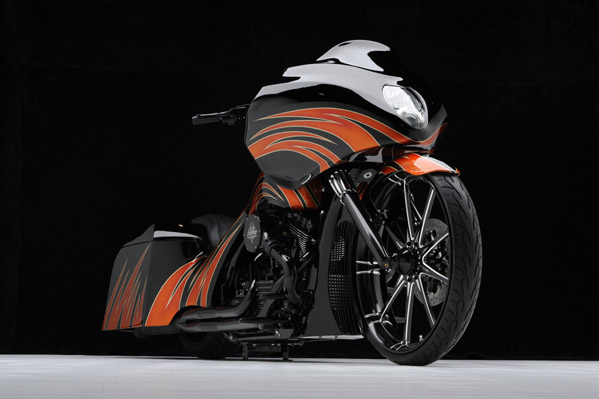 “She bought this bike because we had pushed his 2006 Street Glide to the limit, to the point where it was no longer fun to ride. The day the bike rolled in the shop, Cameron told us that he wasn’t going to do anything to this bike, but ride it.” Those are the words of Robbie Closson, builder of the excessive Road Glide on this page. Having been a part of many hot rods, I am all too familiar with the slippery slope of a build. Cameron already had an outrageous bike in his fleet, and his wife wanted a regular bike for taking rides together. Oh, how quickly we forget.

Cameron (owner) used to drag race cars, and Robbie (builder) has a history of professionally drag racing Harleys; you can see where this is going…Susan’s ‘rider’ quickly sprouted a 168hp, 96” engine sporting Screamin’ Eagle cams and 10psi of boost courtesy of a ProCharger blower. Some custom wheels, bars and other accessories, and the Jurow’s were sittin’ pretty, taking home a few awards that first year. 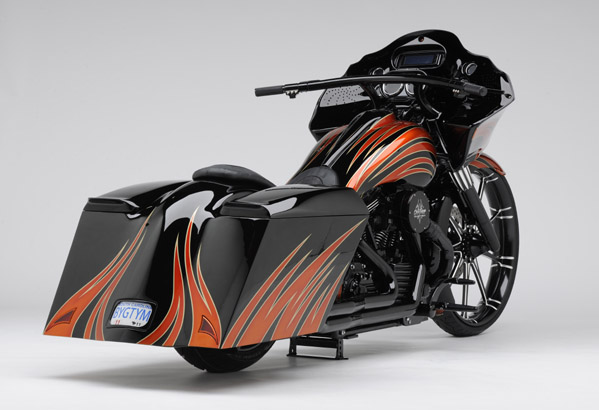 In the name of competition, Cameron commissioned his ’10 Road Glide be prepared for battle at the Easyrider show in Atlanta. On went a 26” wheel from HHI, a custom, one-piece fairing (with a molded-in Hayabusa headlight) and windshield (a Camtech signature piece). To keep tabs on the engine (more on that later), a set of MCL-3000 series gauges were dropped into the smoothed dash. Also getting the nod was a Bad Dad rear fender, side-opening bags and tank extensions, along with Paul Yaffe taillights and front fender. Put all that in a bodywork blender for about 1,000 hours, and serve. The frame has been massaged as well, featuring 50° of rake and one inch of stretch. To set the bike apart, Camtech formed a hand-made air dam to draw air into the intercooler. The bike was converted to chain-drive, and the crew turned their attention the handlebars. Hang on to your hats, readers. For those that have never poured their heart into a custom bike, suffice it to say that the bars are one of the most important parts of a bike; they determine the shape of the bike, as well as the rider perched upon the back. Camtech sorted through at least eight pairs of bars; none of which struck chord with Cameron. On a wing and a prayer, Robbie ordered a set of bars and controls from HHI. Verdict? Cameron was in love. 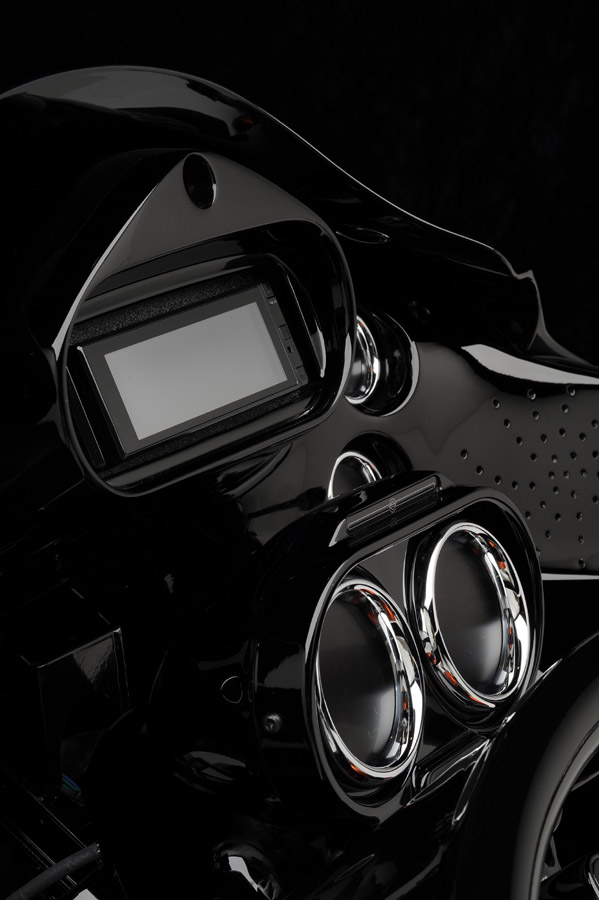 With the over-the-top body nearing completion, the team decided the bike needed more anger; this was dished up in the form of a 124” engine put together with Revolution Performance components. Everything was powder coated black, and the heads and cases were diamond cut. As if 124” of fury wasn’t enough (for a cruiser, keep in mind), the mad scientists decided that the ProCharger would again adorn the side of the motor; its charge being chilled by a custom-made intercooler. Ya know, just in case.

A scant nine days away from the debut in Atlanta, Robbie tore “Big Time” down to its essentials in preparation for paint. Paint and body work took a solid four days, and in that time Robbie built the engine; talk about coming through in a pinch! With the blower whining and custom 2-into-1 exhaust bellowing a tune only a mother could love, the bike hopped a trailer to Atlanta, and took home the Bagger Nation Judged Class top honors and backed that up with a Bagger of the Year award in Columbus. Not impressed? “Big Time” did it real big in Greenville as well as Daytona at The Rats Hole, winning the top award at both venues.

Looks like Susan may have to buy another bike to cruise..(hint, don’t let the boys get a hold of it!) 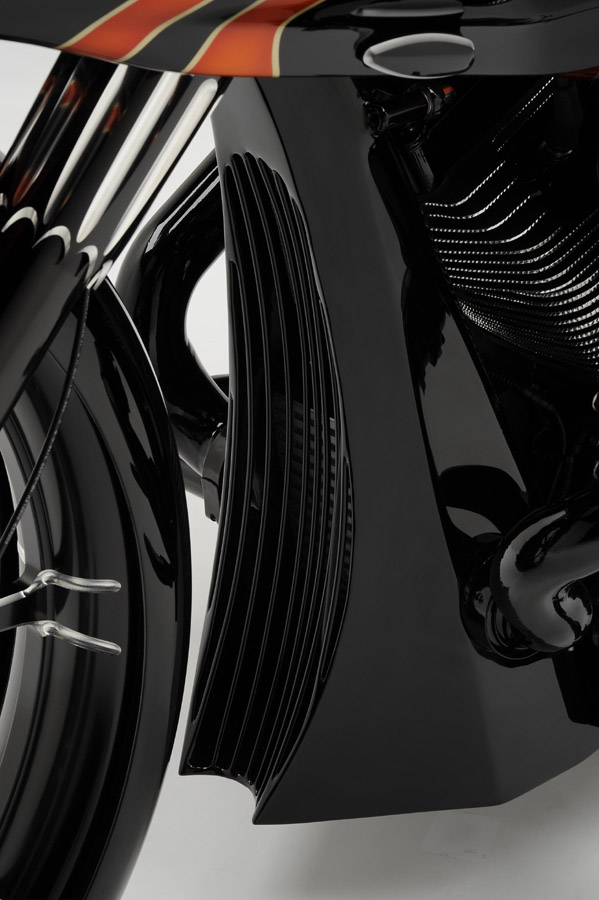 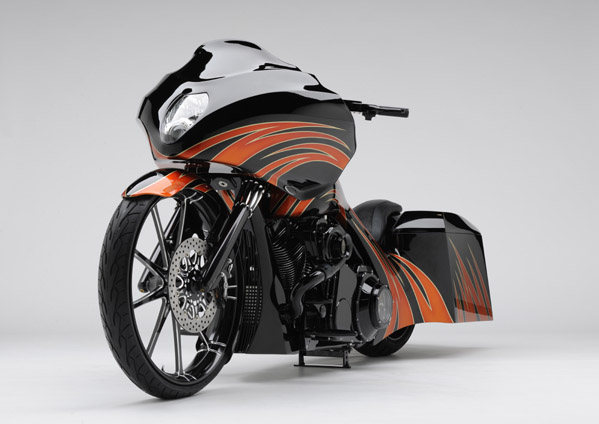 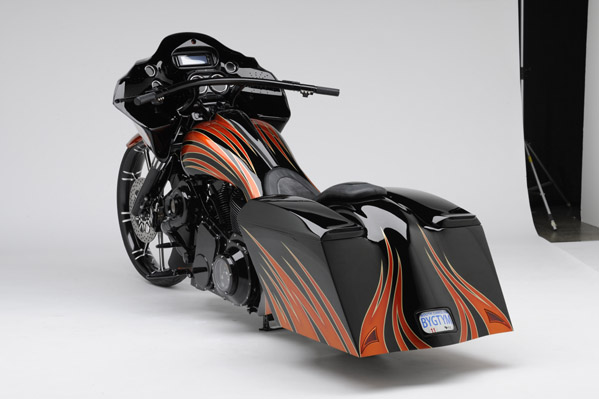 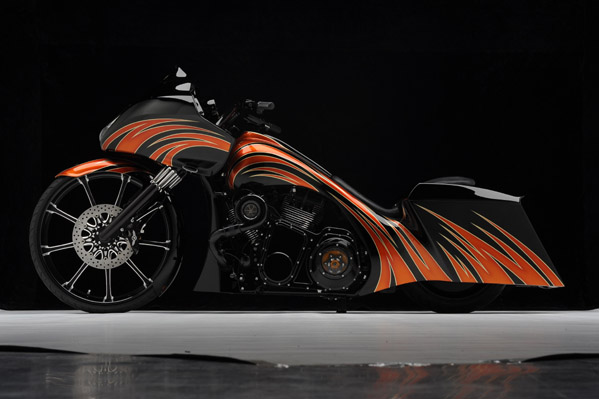 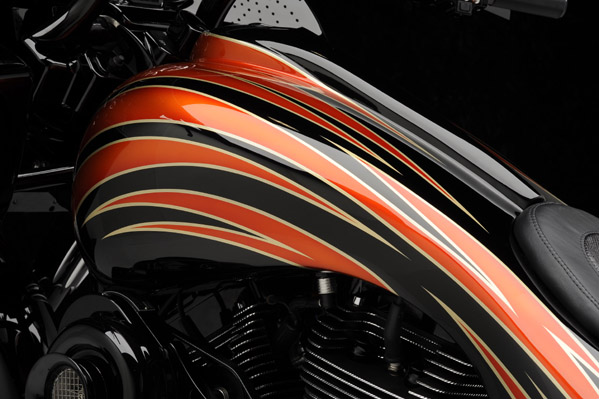 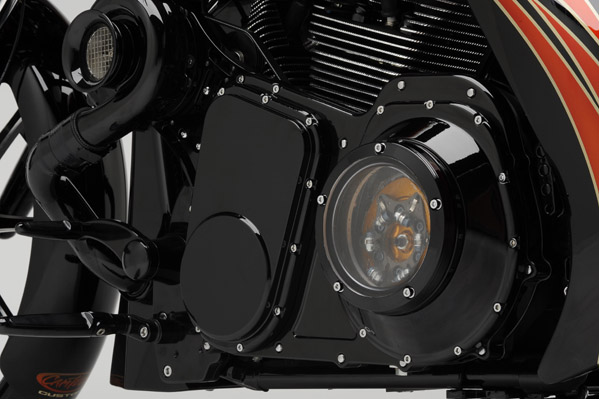 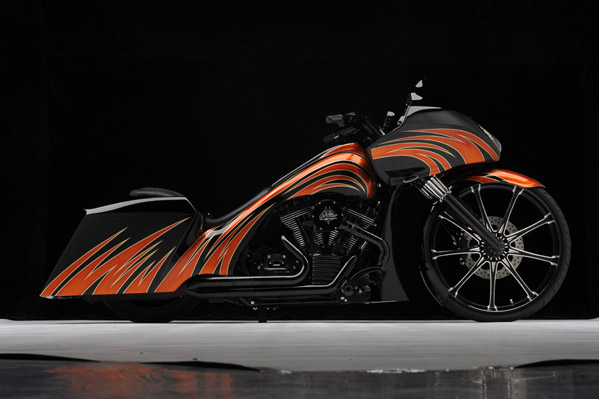 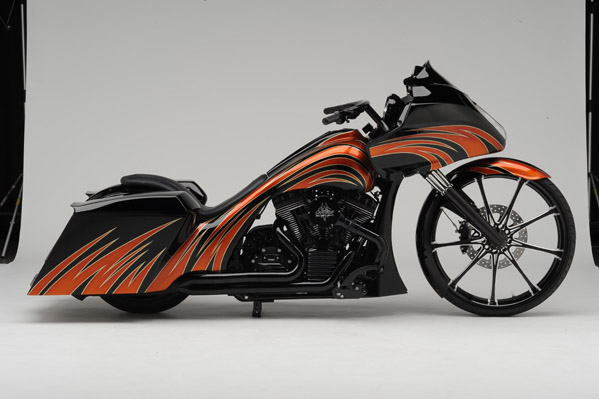 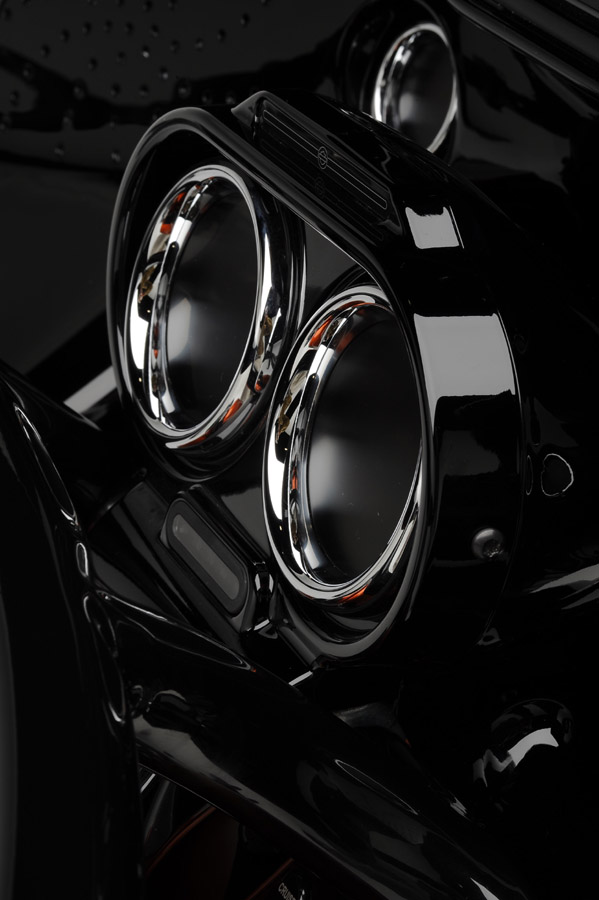