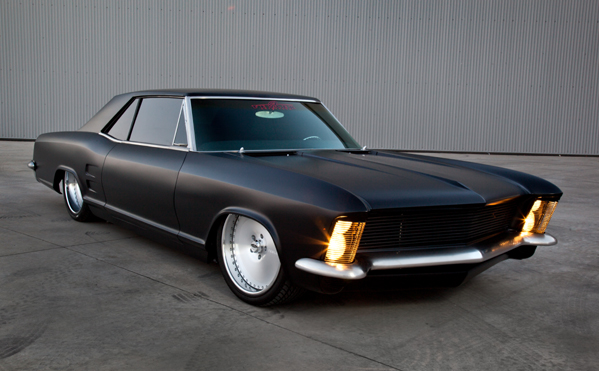 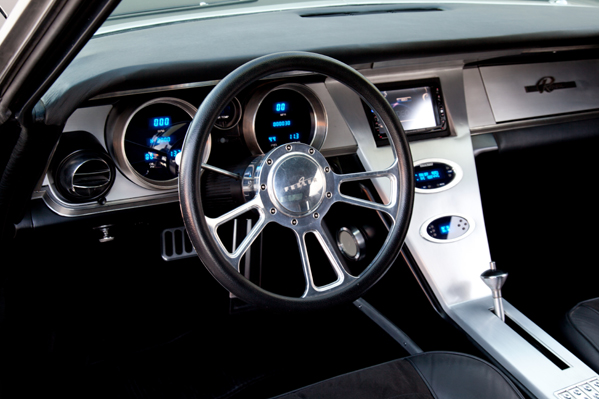 Fesler Built in Scottsdale, AZ is known for turning out smoothed, modernized hot rods that perform as well as they look. Their builds are usually a case of ‘more than meets the eye’ in the fact that the vehicles look deceptively stock, but are usually much more worked over than most people realize. Sharp readers will remember our first Six Degrees feature, the bagged, convertible Chevy Blazer also from Chris Fesler and his talented team. We loved the Blazer so much that we prodded Chris for pictures of this ballistic Buick; a nice departure from the multitude of mild custom Riv’s doused in flake and rolling on 15” Astros.

Looking for something downright nasty and fun to rip around in, Fesler and friends stuffed the dreamboat with an LS1, plumbed it with stainless steel headers and Magnaflow exhaust (what fun is it if ya can’t hear it?) and lit it up with an Optima battery (slow cranking hot-starts are not fun).
The exterior is a stellar clash of old and new. Flat black is not new, but flat black paint (not primer) is a refreshing change, and not many ‘60’s Riv’s get the suede treatment. Dig those wheels; they look like those old Centerlines you had on your El Camino back in the early ‘90’s, don’t they? The rolling stock on the Riv is a quartet of Fesler FS-905’s in a ballin’ 20-inch diameter. BFGoodrich rubber keeps the ‘ick stuck to the hot Arizona streets.

Stance is brought to you by a four-corner air suspension controlled by a blingin’ DHC-2100 courtesy of yours truly. Occupants are treated to a full leather and suede interior, the pilot gives the commands while clinging to a custom Fesler steering wheel, and the cabin temperature is adjusted via a DCC-2300 controller connected to a Vintage Air AC system.

For the war on boredom, the Fesler boys usually bring some big iron. A Panasonic DVD player is backed up by a tremendous Kicker system. While I’ve not personally had the pleasure of abusing the asphalt in this Buick, I am inclined to take Chris’ word in that it’s an absolute joy to drive, and the stereo will knock your socks clean off. Keeping tabs on the LS1 is a custom built VFD3 digital instrument system. To pull this off, Fesler jerked the stock cluster and shipped it to us in chilly Sioux Falls. Once on site, our capable custom shop dissected the stock instruments, laid out our digital displays and cut a set of one-off lenses. To finish off the system, Fesler dictated an air temperature gauge be custom-fitted to the small round opening above the steering column. The result is stock, but not – just the way Fesler Built builds 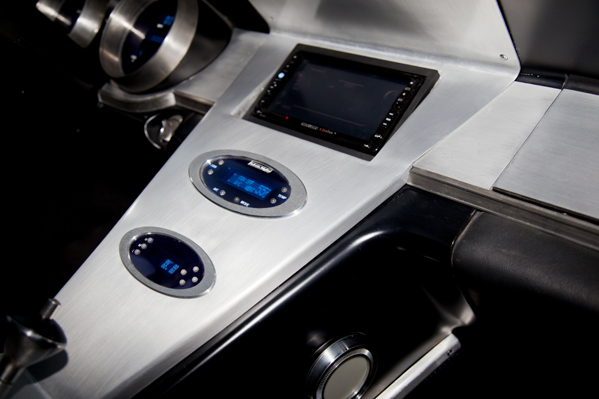 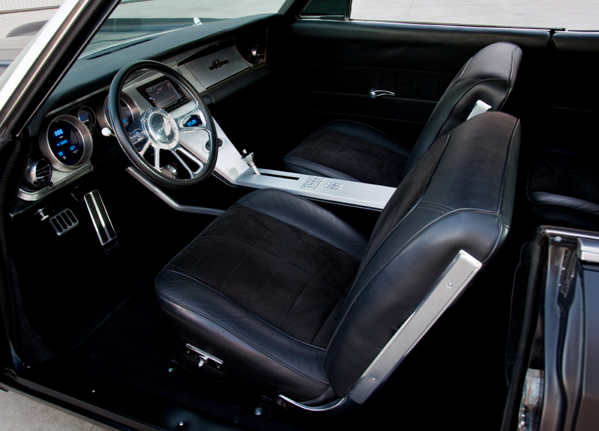 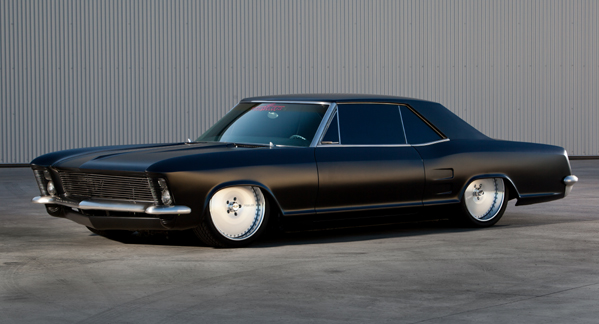