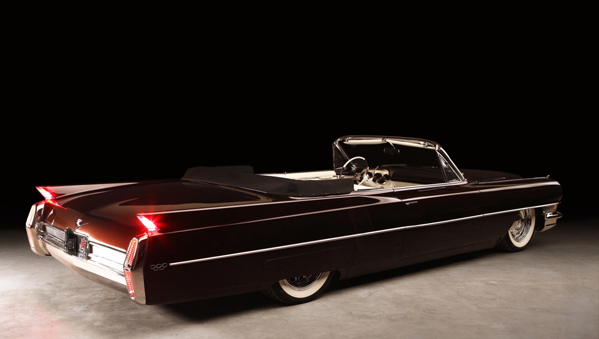 When the most decorated speed skater of all time decided to get serious with his ’64 Cadillac drop-top, he wanted a shop near Salt Lake to keep tabs on the build during the Olympic Games, but more importantly, he needed a shop that could do it justice. Apolo Ohno drug his beloved luxo-cruiser to Dave Kindig at Kindig-It Designs, asking for a full-tilt custom. Dave and his uber-talented crew did just that, performing countless mods to the Cad, many of which going unnoticed; just the way we like it.

Bigger was better in 1964, and Cadillacs were the best, so it should come as no surprise that this two-door convertible is over 18 feet long. Starting with the stock frame, the rails were smoothed and boxed, then treated to custom trailing arms and a full set of Ride Tech goodies to get the stance dialed. To move all that Americana around at a decent rate of speed, the Kindig-It crew dropped a Chevy Ram Jet 502 into the gaping engine bay (did you hear the collective gasp from the Cadlillac faithful? Did you care?). The whole works is halted by 16” Wilwood discs, gettin’ the squeeze from 6-piston calipers. Cadillacs and whitewalls go hand in hand, but these aren’t your grandpa’s whites. What look like 17’s with whitewalls are actually one-off 22’s. It’s true, we saw this car in person and touched the whites, and they are aluminum.

With a convertible, the interior becomes as much of a focal point as the exterior of the car. Keeping this in mind, the Kindig-It plan called for a full custom dash with a gauge cluster to pay homage to Ohno’s place in Olympic history. A custom bezel was carved out of aluminum, chromed, and shipped to our ever-capable custom shop for a literal one-of-a-kind digital instrument system. The end result is a series of five-interlocking openings, looking like a set of squashed Olympic rings. The deck is hidden, and the gigantic trunk is filled with Kicker bits, all mounted in a custom enclosure. The rest of the interior is comprised of storm white leather, massaged by JS Custom Interiors over reshaped foam. Custom door panels were made up to match the seating. For top-up travels, there is a Vintage Air system tucked under the dash, and for top-down shenanigans, the black cloth top moves thanks to rebuilt pumps, both courtesy of Hydro-E-Lectric.

We’re outta space but hardly outta car. One-off door handles (they’re shaved, no, they’re flush!), reworked Billet Specialties front drive system complete with dual alternators, hand-made exterior trim, and a myriad of other details add up to make this Cad super bad. We had the honor to be present at the SEMA Show in Las Vegas when Apolo Anton Ohno first saw his terrific car, appropriately dubbed ‘Zero Regrets.’ Judging by the look on his face, we have to believe that Apolo doesn’t have any regrets when it comes to the Caddy. 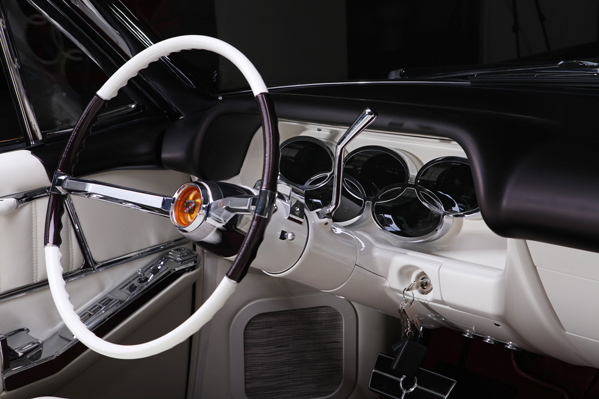 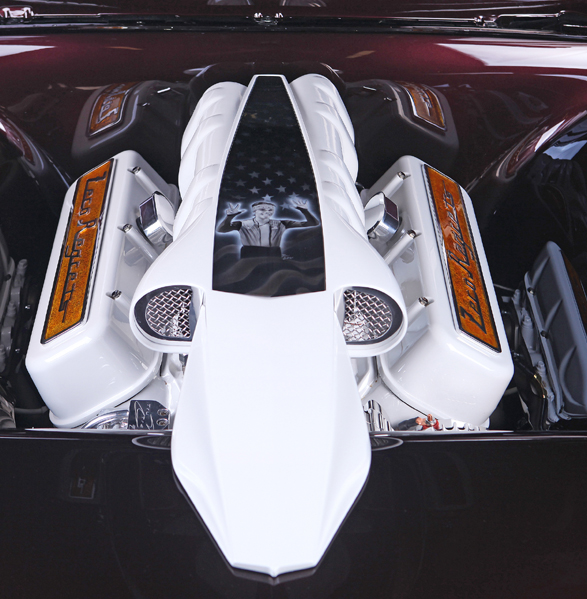 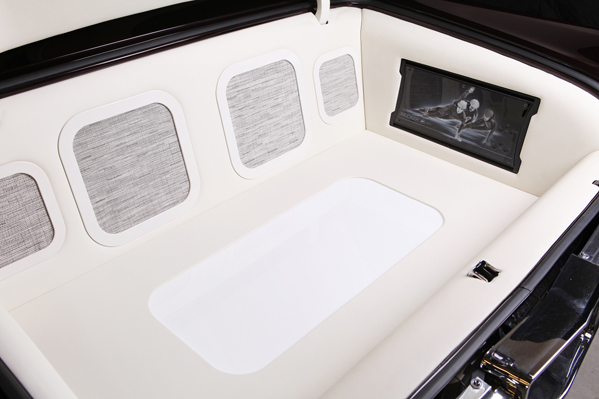 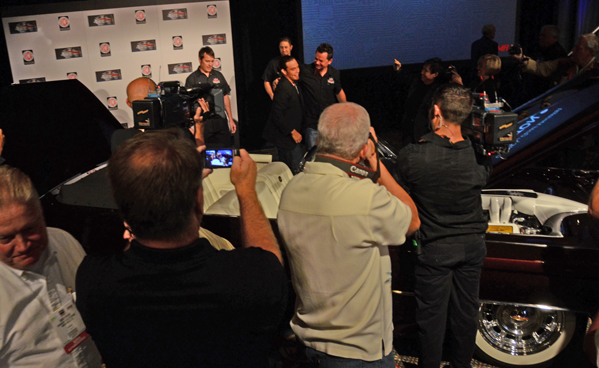