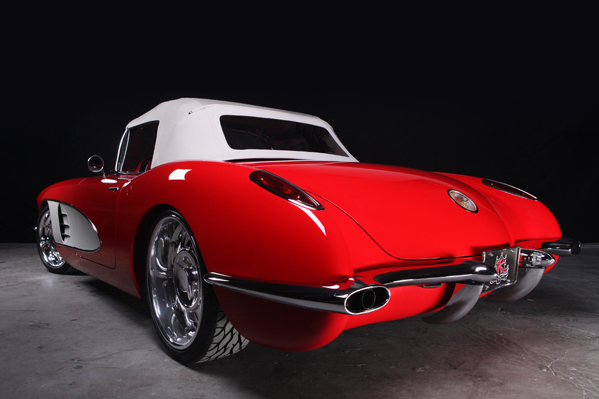 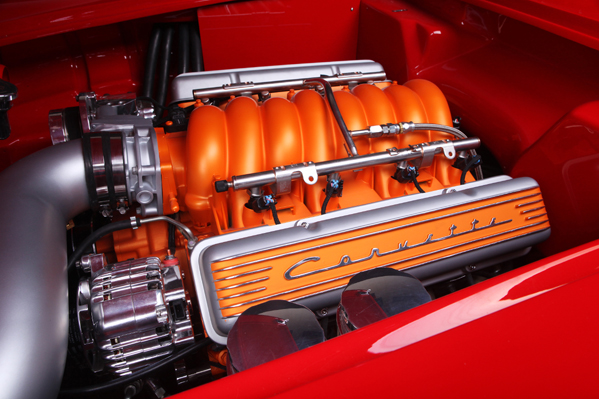 Perhaps the quintessential ‘old car’ for the automotive faithful and outsiders alike, a red 1960 Corvette embodies America, freedom, and the open road. The Corvette has long been a symbol of American ingenuity and performance, and while always evolving, it never forgets its rich history. Slicing into a vintage Corvette has to be a nerve-racking experience. Not only is the car worth big bucks, there is an army of purists ready to pounce for defiling a piece of American history. Moth balls be damned, I say let’s make some history!! Thankfully, the crew at Kindig-It Designs in Salt Lake shares my sentiment and took this rocking ’60 Vette under their wing, then the knife.

Perched atop an Art Morrison chassis, this fantastic plastic (sorry, I had to) gets direction from a rack-and-pinion steering situation. Instead of Corvette-typical independent rear suspension, you’ll find hot rod-typical Ford nine-inch suspended by a four-link. Coilovers adorn each corner for quick adjustments to both height and handling. With a nod to the past and both feet in the future, rolling stock consists of Curtis Speed wheels; designed to mimic the stock hubcaps from 1960, the billet rollers measure in at modern 19” and 20” diameters.

The ubiquitous small block Chevy and Corvette grew up together. One could say they’re a set of twins, going everywhere and doing everything together; nearly inseparable. 1960 was a big year for the 283; 270 horsepower and dual-quads was a big deal back then. That’s exactly the reason Kindig-It Designs decided to dress their fancy new LS3 to look like that classic 283. Finned valve covers find new life in covering the coil packs on Chevy’s bright new small block, while the entire engine was doused in beautiful orange to pay tribute to the world-famous ‘Chevy Orange’. The hot ticket in the ‘60’s was a four-speed with a clutch so stiff your leg started to quiver at a stoplight; in 2012, it’s all about the computer-controlled 4L70E for seamless forward motion. A Be Cool radiator, Billet Specialties Tru-Trac accessory drive, Vintage Air and Flowmaster pipes are all things they could only dream of fifty years ago.

Everyone enjoys going topless, but no one loves it more than the Corvette. Topless suits us just fine, as it allows better access to the goods, such as the gorgeous interior put together at JS Customs, the Dakota Digital VHX analog instrument system and the billet steering wheel. Controls for the aforementioned Vintage Air system are integrated in the center console just above the VLK clock, built to match the striking new instruments complete with billet, chromed bezels all nestled into the stock dash.

Since its debut in Vegas at the SEMA Show this past November, the Corvette enjoyed the headshots you see before you. With a few details buttoned up, word has it that this gorgeous Vette is destined for a life in the sun at its new Hawaiian home. While the Aloha State isn’t known for wide open highways, it is known for sun, the natural best friend of the convertible. It seems that a red ’60 Corvette is still the go-to car, all these years later. 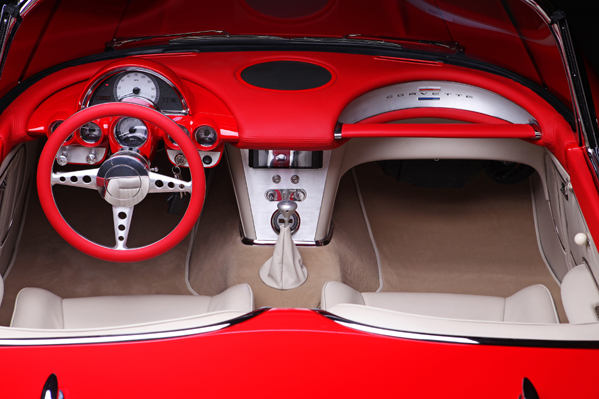 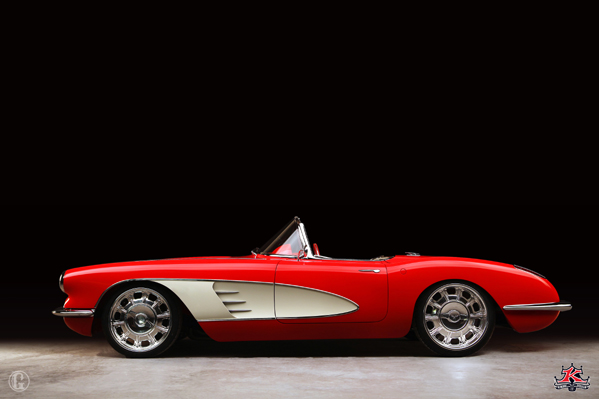 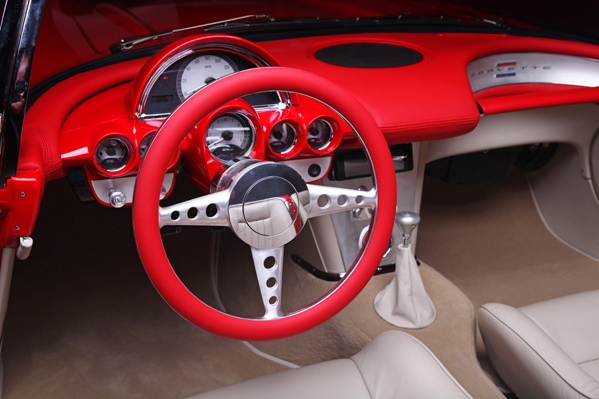 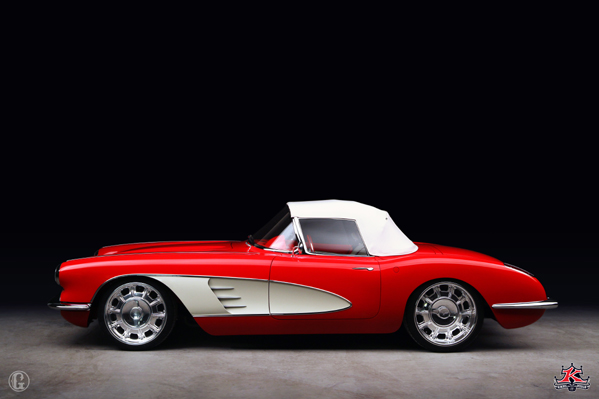 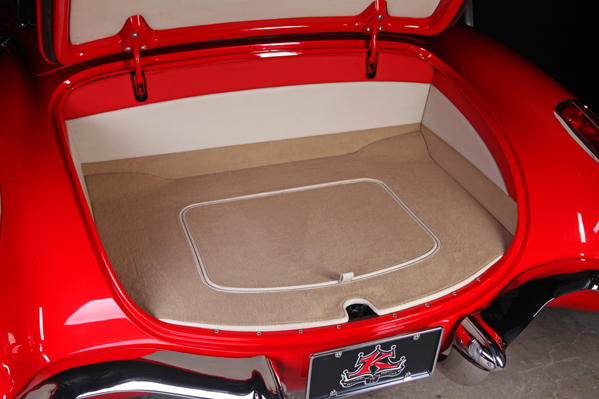