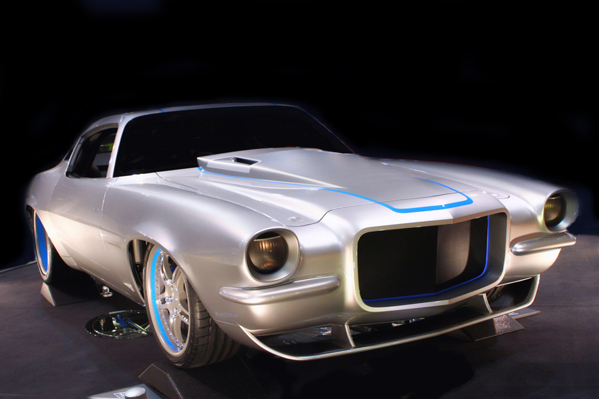 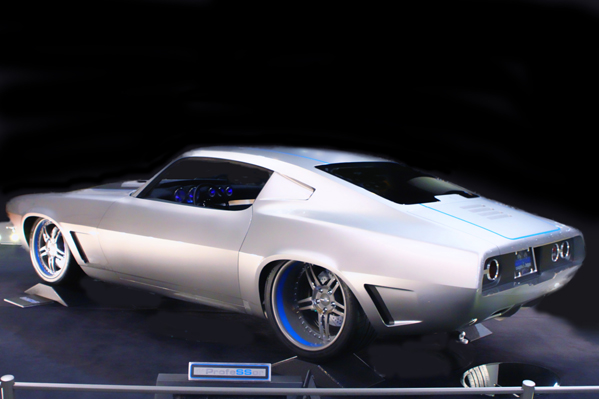 “Oo that’s a nice car!” Go to any car show, anywhere, ever, and you’ll hear this phrase repeatedly. You probably won’t agree with the speaker, but the beauty of this hobby is the infinite number of definitions of a ‘nice car’. If we’re talking about build quality, creativity and capabilities, the Porsche Silver F-Body before you is a nice car. No arguing.

The 1320 faithful in readerland will recognize the name Warren Johnson as a perpetually-dominating force in NHRA Pro Stock. Getting his start in a hairy ’71 Camaro, Johnson has schooled so many competitors that he earned the nickname ‘Professor’. Even today, the 68-year old continues to keep the green horns in Pro Stock on their toes.

Wanting to honor the racing great, Hartford-based Dave and Karen Leisinger got ahold of a solid second-gen Camaro and commissioned automotive-artist Eric Brockmeyer to go wild with his pen. The plan was a violent Camaro with a killer stance, race-oriented interior and an engine with enough grunt to back up the image. Lakeside Rods got the nod to take Eric’s ideas from paper to sheetmetal, and they started with a stout chassis from Art Morrison. Details are being kept to a minimum until the aptly-named ‘ProfeSSor’ makes its rounds at events across the country, but we can tell you it has a Penske-sourced front suspension and Baer brakes. Boze made a set of custom wheels; 18x8’s for the front and nutso 20x12 steamrollers in the back. Michelin Pilots make the black marks.

In the interest of saving space and your attention, the list of body mods has been abbreviated; roof chopped and reskinned, carbon fiber hood narrowed, fenders and quarters widened, flush glass, custom brake-cooling vents, rear deck raised, peak in grille reduced, fenders drooped. The list continues, well off this page. All of these mods, wild and subtle alike, were covered in Porsche Silver and Toyota Charcoal, and highlighted in Hot Licks Blue.

Looking to the inside, you’ll find more hand-made artistry. Custom seats are from Dan Weber Interior, one-off console from Lakeside, and custom gauges from Dakota Digital based on the new VHX line of analog instruments. There’s a place for the matching helmet between the seats too. Suffice to say that nothing has been left untouched.

Ok, so what’s all this got to do with Mr. Johnson? Warren Johnson Racing screwed together the super lightweight LSR displacing 500 cubes. Again, specs are sparse, but the highpoints include mondo compression necessitating Q16 race gas with the end result being over 900 horsepower and a stout 720lb/ft. of torque. Taking the heat is a Gearstar 4L85E packed with billet and carbon fiber bits with a billet converter and a transbrake. Sioux Falls’ own Driveline Services spec’d an aluminum driveshaft to beat on the four-elevens in the Strange nine-inch.

A lot of people would say that ProfeSSor is too nice of a car to drive, but, for those of you that don’t know Dave, he’s not a man content to sit in the garage and pamper his car.

Class is in session. 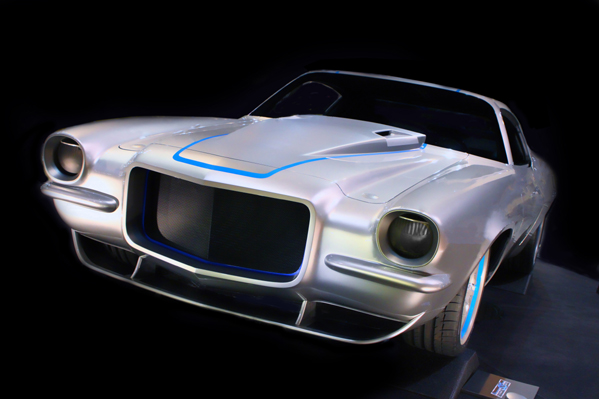 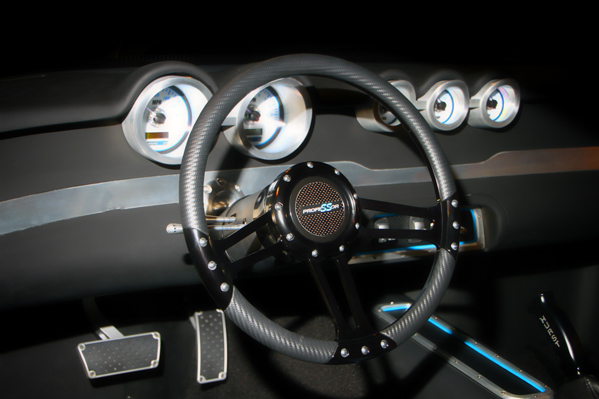 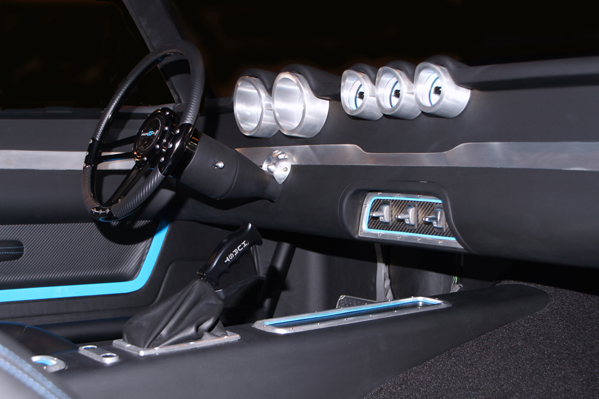