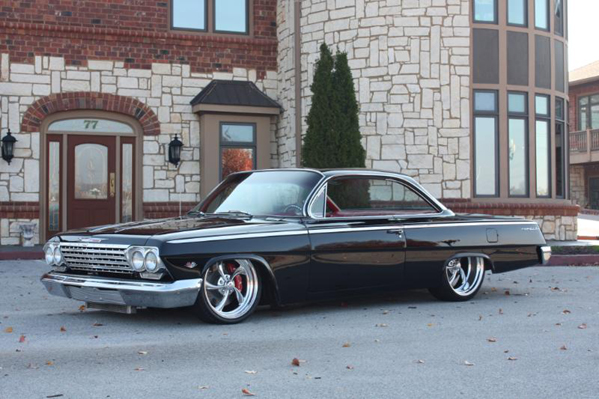 Tim Mainieri isn’t one of us. He doesn’t push papers around a desk or sweat other people’s deadlines. Tim deals in big things; if you need a classic Impala, you call Tim, and you get the hook up. For the past few years, Tim hasn’t had a normal job; in place of punching a clock, Tim buys and sells full-size Bowties, occasionally pinching one out of the revolving door to dial in for himself, and this wicked ’62 is one of those lucky souls.

Before you sink your teeth into the boosted beauty’s details, sit down and let’s have a history lesson. Chevy offered its 1961 models with a new, graceful roof with a large curved rear window, affectionately known as the bubbletop. While not as lightweight as the abbreviated roofline found on the base-model Biscayne (you know your Super Stock history, right?) the bubbletop was an instant hit for the custom crowd, mild and wild alike. With the 1962 redesign in full swing, the General gave the lineup new sheetmetal, but kept the interior the same. Looking in the back room at the stack of bubbletop roof clips, Chevy elected to turn out a few ’62 bubbletop Bel Airs, much to our delight 50 years later.

Knowing the rarity and unrivaled look of the ’62 greenhouse Bel Air, Tim kept his eyes tuned for the right car. Such a vehicle finally turned up, a slick ’62 that already enjoyed a frame-off resto. Don’t tell your chalk-mark friends, but Mr. Tim felt this was a perfect springboard for creating one of the baddest big cars around.

First, he had to get it lookin’ right, and nothing looks righter than air; RideTech got the nod for a complete suspension setup. Holding it up off the ground is a set of 18 and 20-inch wheels, billet aluminum, chrome and directional; they set off the jet black body despite being tucked halfway under it. Hiding in the background is a set of 14-inch rotors plucked from a C6 Z06 that are capable of causing a concussion.

Looking to the inside, bright red threads keep the passengers comfy, because that’s what these cars were designed to do all those years ago. A billet wheel is perched atop the steering column with the perfect mix of red and chrome to look right at home. Claiming a full 50 hours spent restoring the dash, Tim made the right choice by filling the voids with the brand-new, direct-fit, out-this-world VHX-61C-IMP with the Silver Alloy Face and Red LED backlighting. While it wasn’t a one off system, the instrument package looks custom-made for this car. The included chrome bezels on the round satellite gauges are in good company with the rest of the brightwork. Remember when dashboards had chrome? And character for that matter? Tim does, and we love him for it.

The rims are big, it rides good, and hot-damn does it go good. Wanting his car to stand out from the crowd, Tim called in some favors and wound up with an LSA from a 2012 CTS-V. If you don’t see these LSA’s on the shelf at your local Pamida, you’re not alone. Tim got his by snatching up a GM test-vehicle; these cars are used for various experiments and then commissioned to be dismantled. Talk about being in the right place at the right time! Rated at 556hp, Tim thought that was a good starting point; after a Lingenfelter pulley, three-inch exhaust and an expert tune, he’s blessed with a 700hp screamer. Making heads or tails of the mind-bending power is the matching six-speed automatic with paddle shifters. Injected Speed Shop, also part of the nasty black Chevy club, gets props for completing the drivetrain swap.

With the car done in the nick of time for SEMA 2012, our jaws dropped when we saw the finished product. Humble Tim reported there was more to do and some tweaks to be made; his words fell on deaf ears as we crawled around the ’62. The stance and huge rollers are one thing (a great thing), but lifting your eyes into the engine bay and peeping the pinnacle of GM grunt will stop you in your tracks. Can you imagine seeing this beast in person making loudness? The primal shriek of the new CTS-V makes the Euro-trash’s blood boil, but honestly, how much more exhilarating will that be coming from this Bel Air gliding inches off the ground? I invite you to find out on Power Tour next year. We’ve promised Tim a booth spot as long as he likes. See you there! 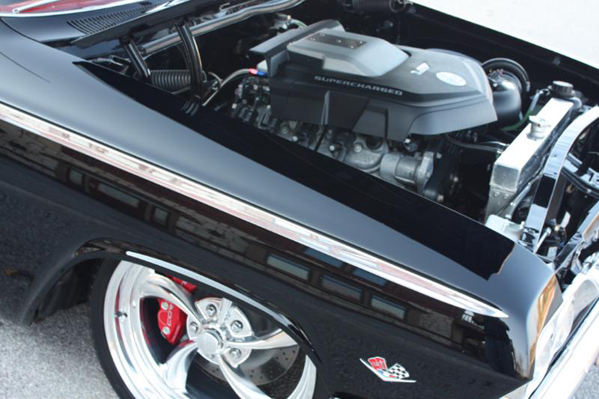 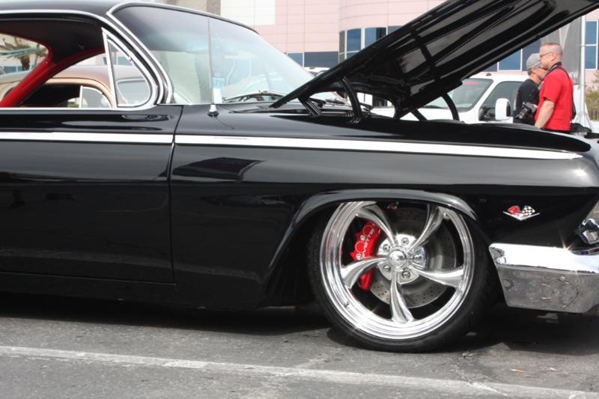 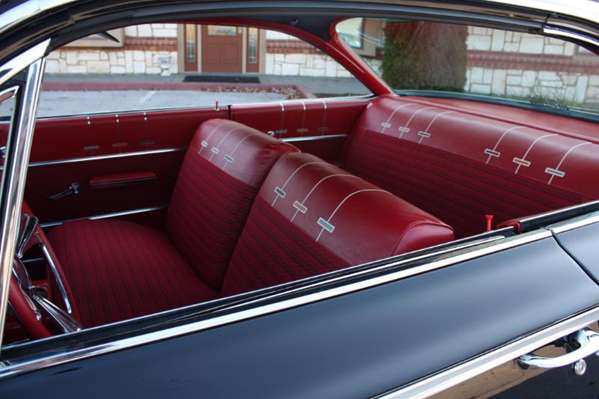 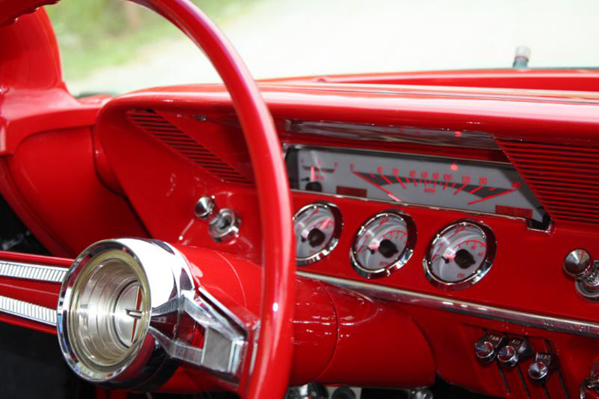 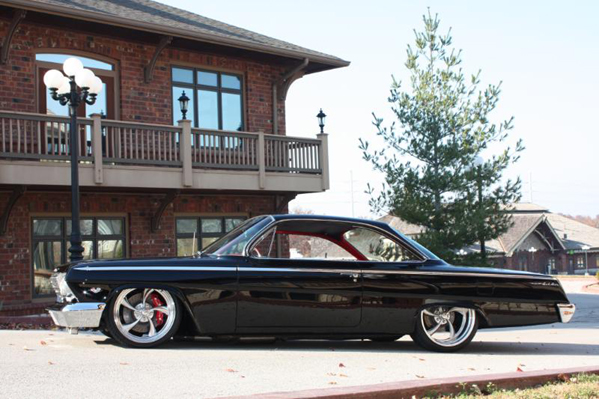 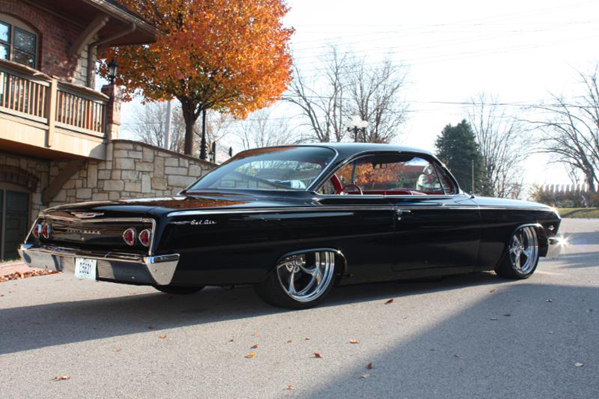