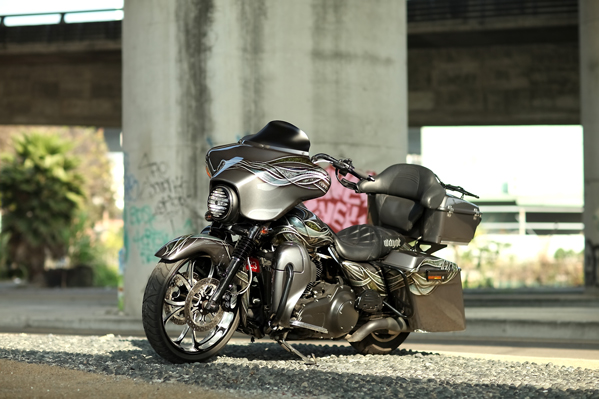 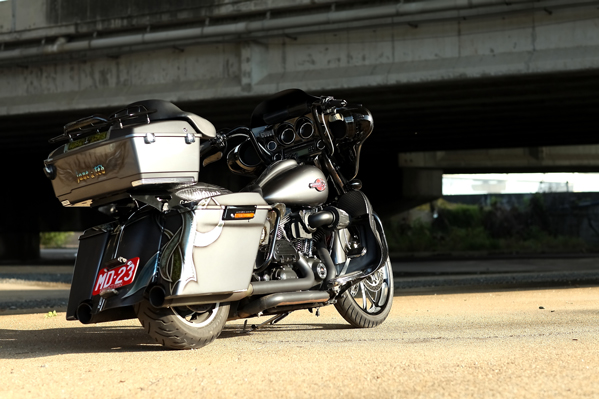 When you think of baggers, you likely think of the USA, but like most motorized American trends, our shores cannot contain them. Custom motorcycles are becoming sought after all over the globe, and with Harley touring models at the forefront of the trend, it was only a matter of time until we started to see high-quality baggers built overseas. Spirited race bikes certainly have their place, but sometimes you just want to cruise and not feel like you completed a triathlon after your ride.

Wayne Chu knows what I mean; his Ducati fit his style and held its own on the mean streets of Taiwan for a while. However, once he took a trip to the south end of the island on the bike, it became oh-so-obvious that he needed a cycle with a more user-friendly seating position. This prompted Chu to hang up his sport bike helmet and strap on a retro-styled open face brain bucket after signing the deed to a 2009 Harley Davidson Street Glide. With the adrenaline rush of the race bike’s power still coursing through his veins, he commissioned the dealer to install a 113” engine kit. New to the burly American torque scene, Chu thought this would be the end of it. I think you know where this is going.

After making friends via Facebook with BK Riders in LA, Chu made the long flight to The States and tagged along for the ride to Laughlin Bike Week. After soaking the amber waves of grain and purple mountain majesties on the ride and rubbing elbows with the hordes of aftermarket companies and the show, Chu was barely able to contain himself on the 12-hour flight back home. Ideas were flowing for his bagger, and with all the new contacts he’d made, completing his vision would be a snap. Well, a snap if you don’t factor in the month wait times for parts from the US. Remember that the next time you feel the three days for UPS Ground is too slow; at least it isn’t four weeks!

Once back on his home turf, Chu teamed up with Wingman Cycles, and the wrenches started to fly. The original engine was mothballed in favor of a Harley Davidson Screamin’ Eagle race engine boasting 120 cubes. A ThunderMax ECM was chosen to light the mixture while Vance & Hines exhaust was bolted on to move the waste as well as announce Chu’s whereabouts.

After dropping the ride height with Progressive shocks and Monotube kit, the bike was put to motion on a 21” billet roller from Performance Machine. Bad Dad stretched bags and fender cover a stock 16” wheel, while a Wingman-modified stocker hugs the front. Dakota Digital MCL-3006 instruments fill the cavities in the fairing, and are kept dry thanks to a Klock Werks windshield. With the topside dialed in, Chu wheeled the bike over to renowned painter Jeffery Chang of Air Runner Custom paint. The go-to guy on the island, Jeffery hosed the gunmetal hue onto the ‘Glide, then laid an amazing metalflake graphic that winds its way around the entire bike, culminating on a set of wings on the tour pack to honor Wayne’s late brother and sister.

I’m always impressed when I see a custom build from across the sea that’s built in a decidedly American fashion. The effort that these people put forth to get their parts is just staggering. But more than that, I’m flattered; just think, someone in a far away land loves what we’re doing in the US so much that they chose to emulate it. I consider each one a tribute to the good old American way. 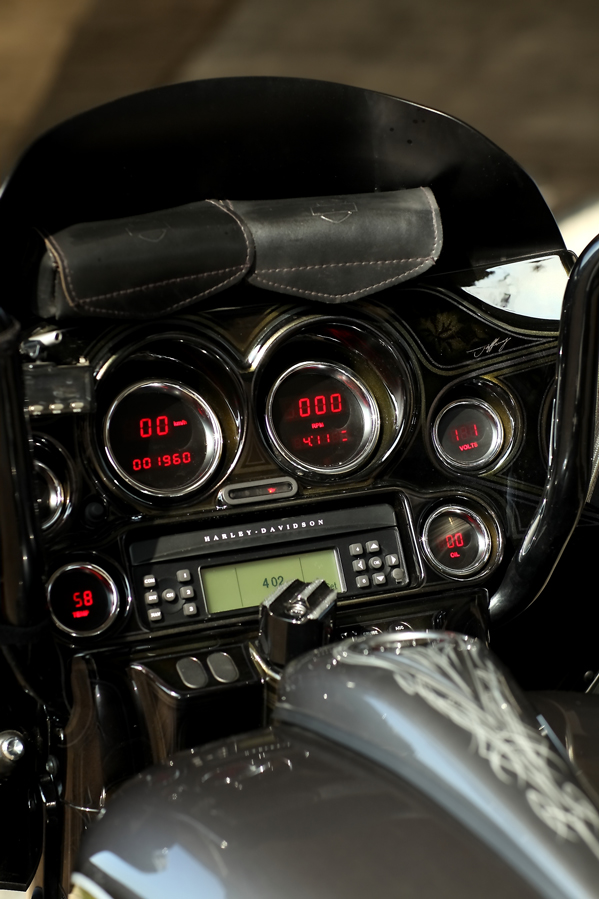 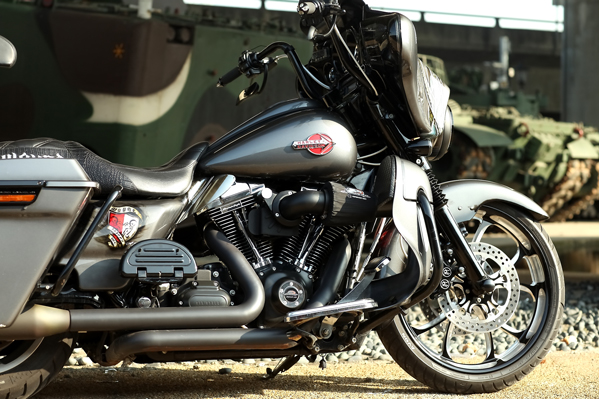