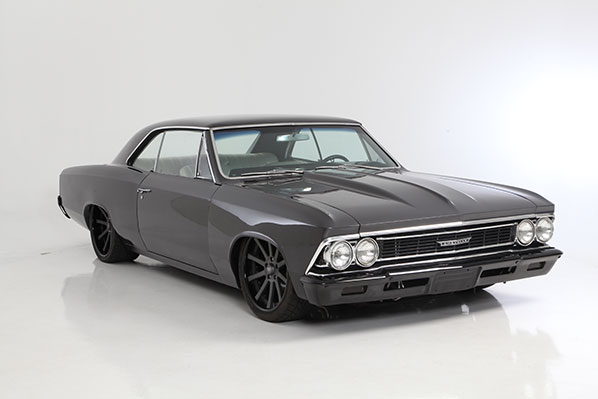 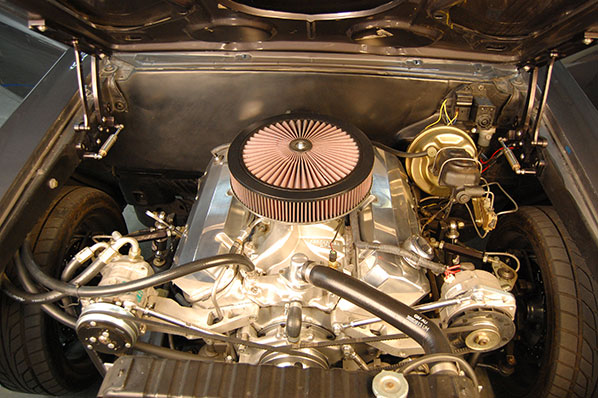 Eye on the Prize
Rome wasn't built in a day

Let’s reflect for a minute on the torturous life of a hot rod. There are plenty of pampered poodles that spend their life being shuffled from climate-controlled garage to enclosed trailer and back, but even those blessed beings likely had a checkered past that led them to the life of ease. Every ham-fisted hot rodder has his own take on how a car should be put together, which is what makes the hobby great. The biggest problem, perhaps, is when the budget or timeline (or patience) isn’t there to support the vision, and the car ends up a hacked mess touting ‘numbers-matching’ in the swap meet car corral. Even if the vehicle in question has avoided generations of hack jobs, they get used; ridden hard and put away wet. They get launched, raced, drifted and often wrapped around light poles. Out in a blaze of glory.

Arguably the saddest state a hot rod can experience is perpetual disassembly. We’ve all seen the hot rod down the block, entombed in a roll of carpet, moving boxes, lawn care items and children’s bicycles and heard the owner promise to the heavens that he’s ‘going to restore it someday.’ CCR taught us that someday never comes; for the good of the hot rodding world, have pity on your project, and let another have a crack at it and begin the cycle anew.

Looking at the muscular ’66 Chevelle before you, it’s hard to imagine that it was anything other than a polished, poised street bruiser, but you’d be wrong. Owner/builder Tim King of TMI Products assures us that his A-body has experienced just about every scenario a hot rod can.

Starting in California after a whirlwind (read: shoddy) restoration, the ‘Vel was street raced daily on its way to work at an LA radio station. After giving the car a rep on the streets, the owner lost interest, bought a Harley, and put the Chevelle out to pasture. Life happened, and after 12 months of dormancy, the car was hoisted from the cobwebs and sold to a young Tim King in order to finance a wedding. At just 15 years old, Tim was the talk of the town sporting a real-deal ’66 Chevelle. After high school he endowed his daily driver with disc brakes and an air bag suspension, and over the next 15+ years, went through the car, bolt by bolt, bumper to bumper.

Slyly landing a job at True Connections, Tim stashed away a mountain of restoration parts, knowing that one day hot rod justice would be served and his trusty A-body would get a much needed refresh. One of the lucky ones, the Chevelle has endured all of the hardships that a hot rod can, and rose from the piles of parts it once was. Tim quips, “It’s been apart more than together.” Amen, brother.

The original ‘bag job was done by the crew over at Bio Kustumz, but Tim took the time to redo the lines and valves for the current iteration, while Viking Performance chimed in with a quartet of dual-adjustable shocks. The front end boasts a SC&C Stage II kit while the 12-bolt is located with tubular arms from UMI. SSBC brakes are all but hidden by the 19”/20” NewGen wheels and Nitto steamrollers. Keeping it old school, keeping it real, is a 468 big block packed with good parts and punishing a T-56 pirated from a ’99 Camaro.

Now at TMI, a USA-made upholstery supplier, Tim knew that the Chevelle’s forte would be the interior; if you can get over the stance, that is. Bidding farewell to the stock threads, the office now sports a full Sport-R Series interior. Full vinyl door panels with suede accents and slick seats that hold the occupants something like a catcher’s mitt update the insides in concert with Trim Parts carpet. Eddie Motorsports supplied a billet steering wheel that matches the burly Hurst Nitro Stick II shifter, and Dakota Digital VHX analog instruments are nestled into the stock bezel in the dash.

Happy to have his car back in one large piece, Tim is itching to let that big block loose. Looking back at all the things this Chevelle has seen, here’s hoping it enjoys a long, happy life somewhere between trailer queen and a light pole. 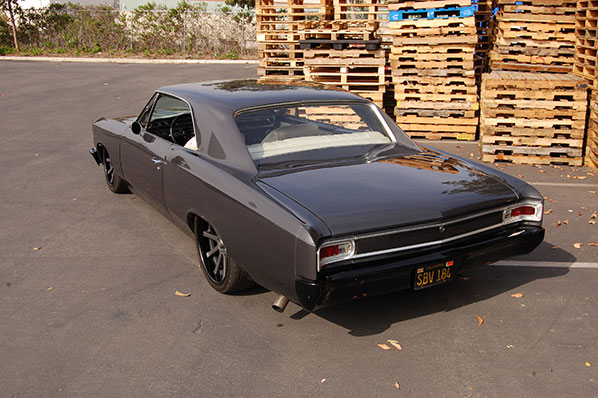 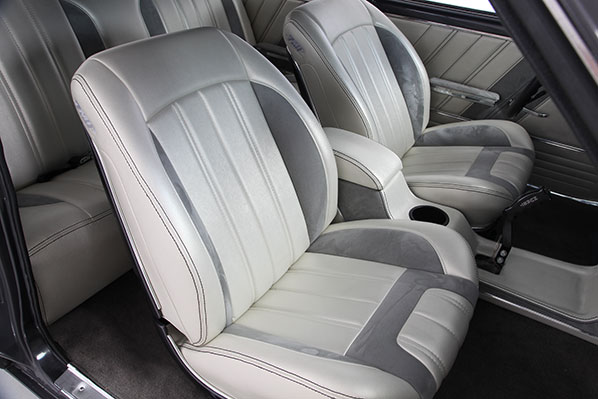 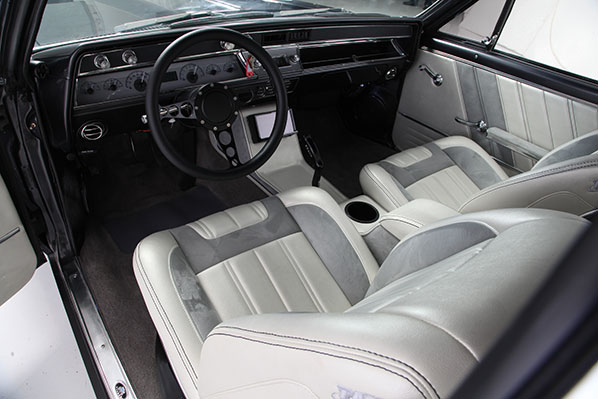 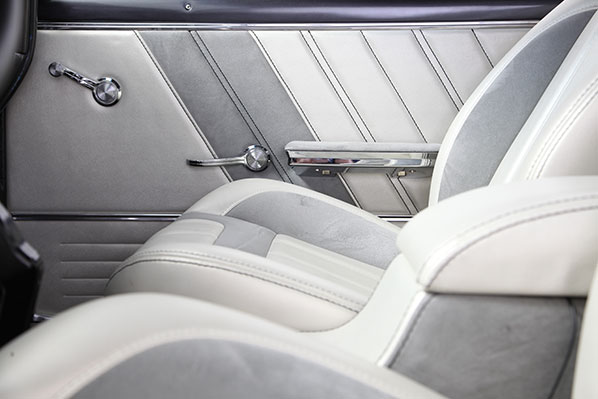 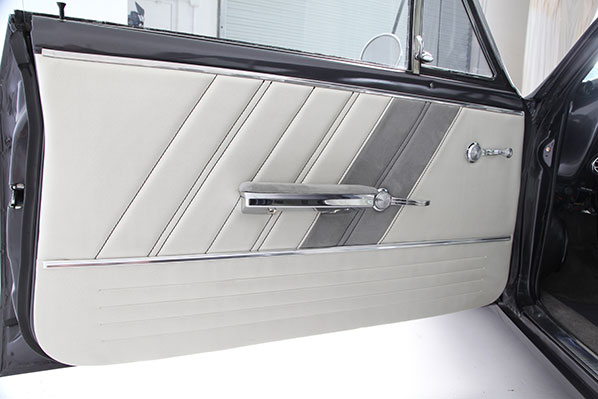 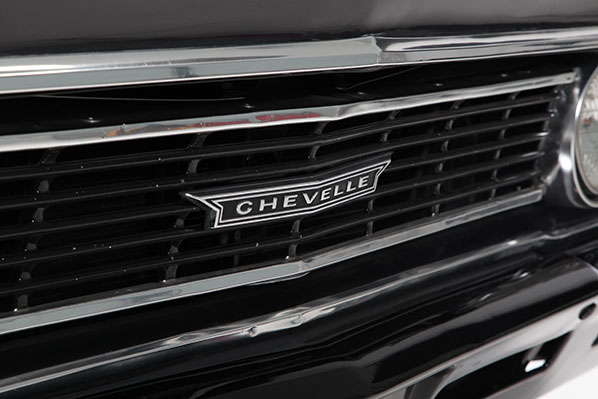 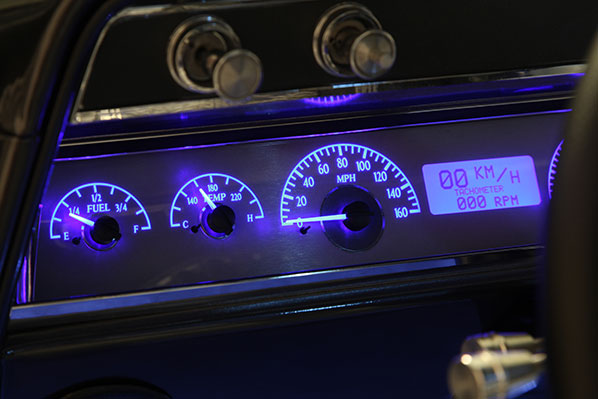 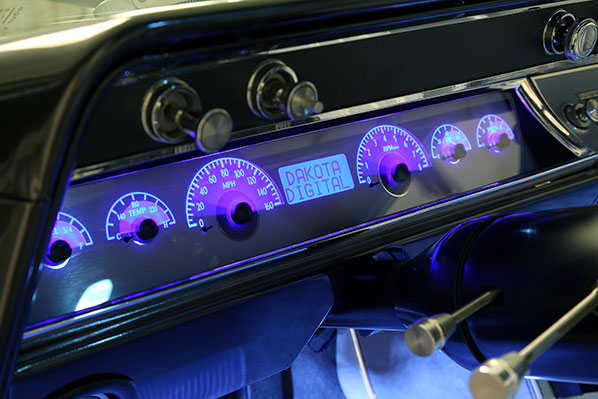