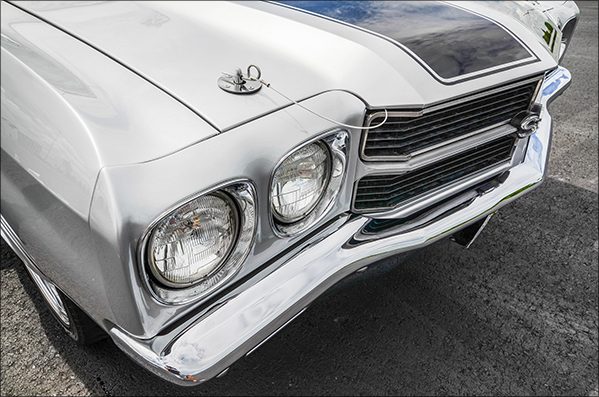 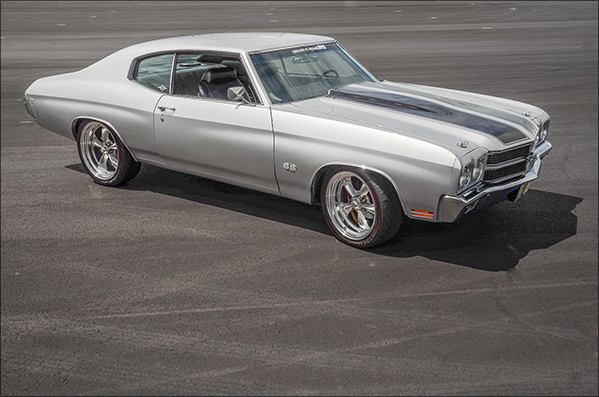 Got the World on a String
What, you didn't have a big block Chevelle when you were 18?

Cars are an incredible bonding agent for Americans. Relationships are created (and destroyed) over names like Road Runner, Mustang and Camaro. Parents are redeemed and generational gaps are bridged via classic cars; there is arguably no better way to bond than throwing wrenches through sheetrock and rebuilding an old car.

With the intention of rewarding and surprising his son Justin, Tim Hewatt headed to the auto auction to pick out a high school graduation present. Mr. and Mrs. Hewatt were planning on much more than a Cavalier, so Tim called Justin to come to the auction house to help pick out his new wheels. With his mother and girlfriend in tow, Justin found a beautiful 1970 Chevelle in the lot, but assumed it wasn’t in the cards. I mean really, who gets a 454-powered A-body fresh out of high school? Paralyzed with shock, Justin watched in disbelief as the hammer came down with Tim’s bidding-card held high.

With the Chevelle home, Justin and Tim formulated a plan to make the car his own. With nice paint and a beefy drivetrain, Justin refrained from dissecting the entire car, but rather has been building on the solid foundation. The Hewatt boys have dedicated themselves to upgrading one item per year. 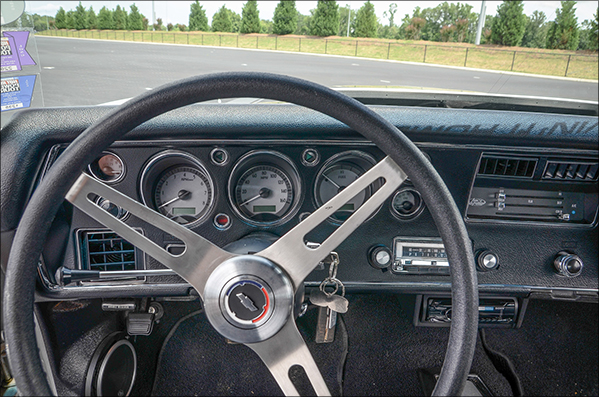 Over the last four years, the ‘Velle has sprouted a TCI- built 700R4 in place of the tough TH400 to back up the 454. Tubular control arms up front help the beast turn as well as shave some weight for acceleration contests. The rear suspension has been gone through to positively locate the Richmond-equipped 12 bolt spinning 3.73s. Bringing the cabin up to snuff is a fresh interior kit along with updated instrumentation thanks to a Dakota Digital VHX-70C-CVL system featuring Silver Alloy gauge faces and bright blue LED backlighting. Apparently, some people think there is prerecorded music that can match the marvelous sounds a big block Chevy produces; Justin upgraded his audio system in an effort to shorten the miles he’s been logging in his do-all Chevelle. 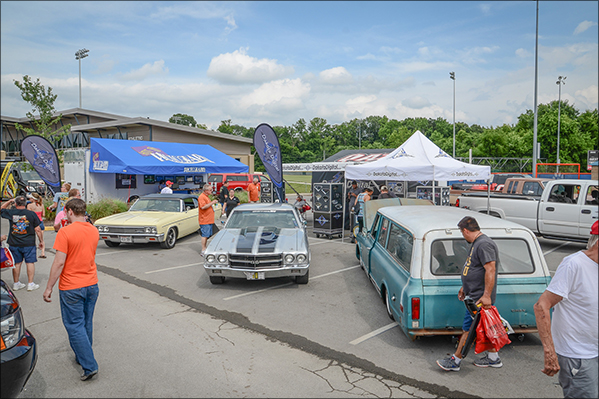 Drawing the two of them even closer, Justin and Tim have participated in three Hot Rod Power Tours, and twice earned their stripes as Long Haulers. With overdrive and killer tunes, the Chevelle is the perfect road trip car, the perfect cruiser, and according Justin, the perfect burnout machine. He’s taken trophies at several local burnout competitions, as well as being a part of history as a participant in the Word-Record-Breaking burnout at zMax Dragway on the final stop of the 2013 Power Tour. 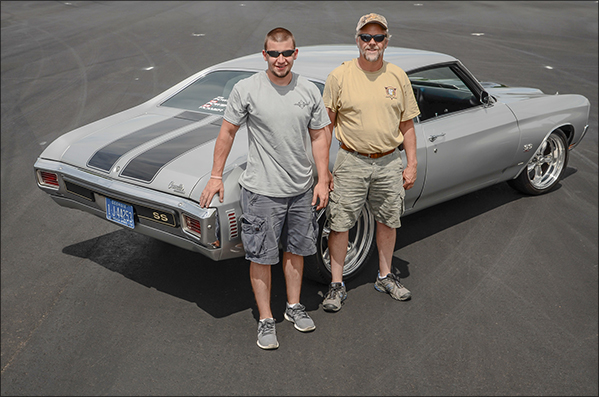 So what is next for Justin and his Chevelle? More road trips, more racing and a few more tweaks to make his car the best part of wakin’ up. We had a great time with the Hewatt’s on Power Tour and we’re proud to be a part of their project. 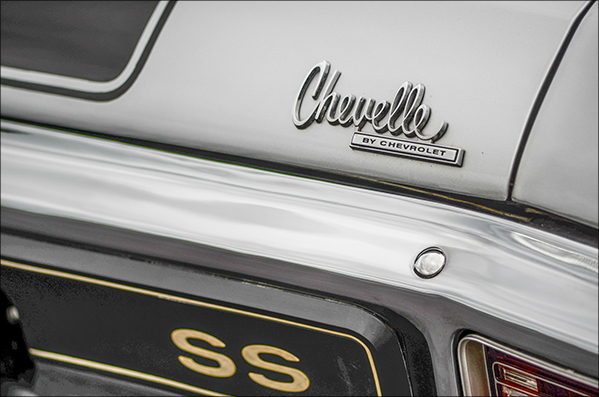 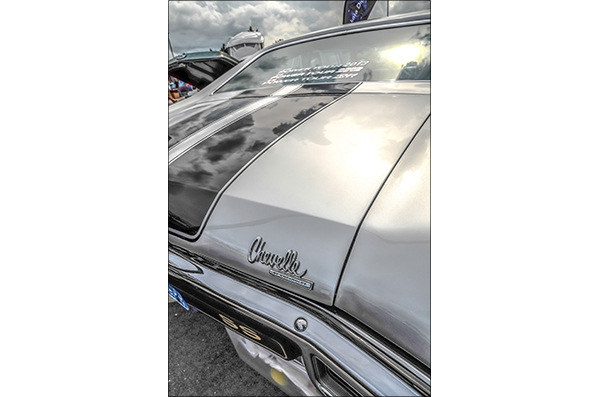