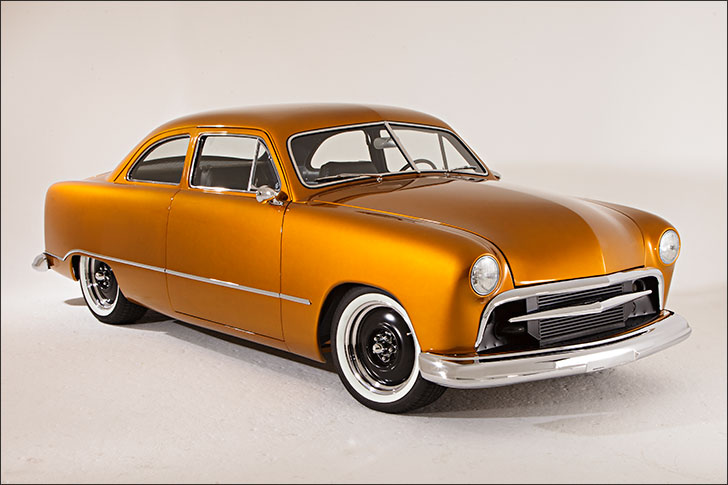 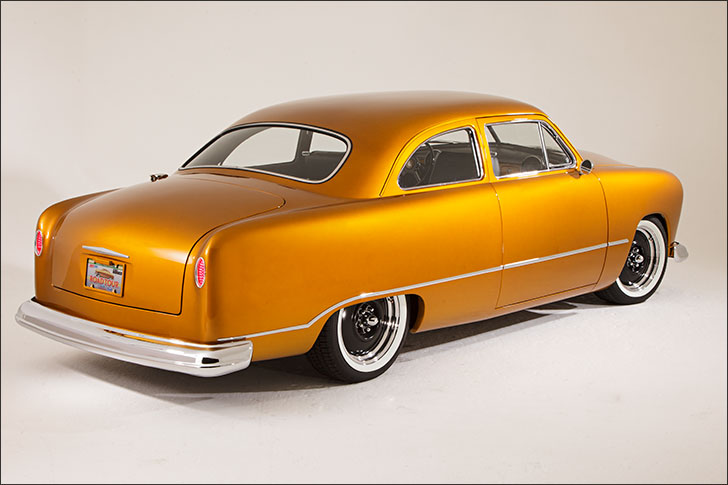 Each year, Street Rodder Magazine commissions the construction of a hot rod that represents what is hot in the industry, but is also capable of making a cross country journey under its own steam. And I mean the Road Tour vehicle actually drives across the USA, not just “could” because it has overdrive. No, the Road Tour program has no room for me-too mega-buck “daily driver” cars. If staffer Jerry Dixey can’t hop in, twist the key and chase that white line, he’s not interested.

You might recall last year’s build of a brand-new ’40 Ford coupe; keeping it in the Blue Oval family this year, a 1951 Ford coupe was selected. Starting with a well-worn hulk, the team at Honest Charlie’s Speed Shop tore into the little car, stripping it right down to its unmentionables. The original skeleton was tossed out back in favor of a Fatman Fabrications chassis fleshed out with a Mustang-II style-front suspension. Hanging by a set of coilovers out back is a burly Ford 9-inch. In true Road Tour fashion, the rolling stock is traditional with a swift modern kick in the shorts. Wheel Vintiques rolled a set of 17x8 Smoothie wheels over for the build after they were snugly suited with a foursome of whitewall radial tires. Suffice to say these hoops will not blend into the blacktop. 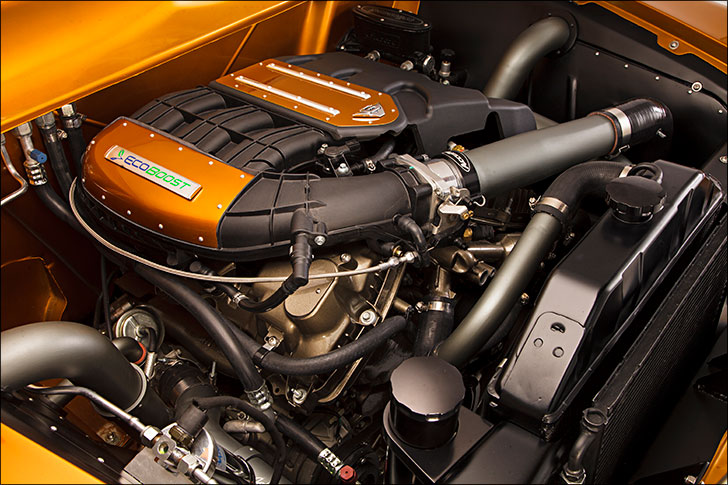 What would you choose to motivate your shoebox? A small block Ford stretched to 347 cubes, or possibly a selection from the ubiquitous GM LS-family? I bet a 3.5L Ford Ecoboost V6 was not on your list, am I right? Like I said, the Road Tour car is a rolling showcase of the best the industry has to offer you, so the team jumped at the chance to try their luck with the little engine. The term “little engine” is fitting in stature only, as this new kid on the block lays claim to something like 400hp. With a pair of hairdryers pumping life into the cylinders, the Ecoboost will give most street-driven V8s a run for their money and walk away laughing as it clicks through six-forward gears. The evil geniuses at F.A.S.T. were able to work through the electronics and get the drivetrain to behave in a car which it was never intended. That, my friend, is the trademark of hot rodding. 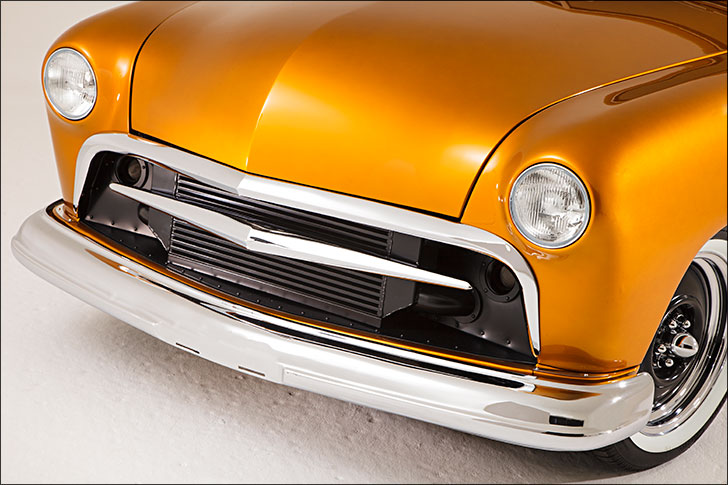 With such exciting naughty bits, The Honest Charlie’s team needed a pretty wrapper to make heads spin. The lid was lowered a few inches, the side trim was swept away, and the headlights were flush mounted. After lunch, the crew pancaked the hood, sunk in some custom taillights, which included removing those trade-mark spears from the quarters, and then found the energy to handcraft the front grille and squeeze out new side trim. When the dust settled, we were blessed with a shapely body for our greedy eyes to explore. Most of the mods go unnoticed with a quick glance, but those in the know will point them out like a beagle on a fox hunt. 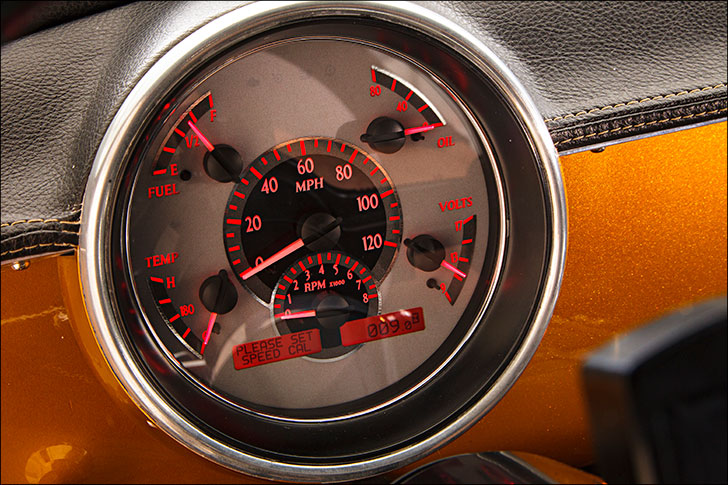 The boys in the shop didn’t let up when they peeked in the windows, no, they put on their thinking caps and got down to business. The first item on the chopping block was the dashboard, plans called for a second speedometer housing for the passenger side to hold a large analog clock. Child’s play! Looking like it was stamped that way in 1951, the VHX instrument system and one-off clock are right at home and pay homage to Cory Coker’s love of The Great Race (Google it). Once the dash was dialed, a center console was scratch-built to squeeze between the custom bucket seats. Only the best for Jerry to rest upon as he spends yet another summer with the best job in the world. 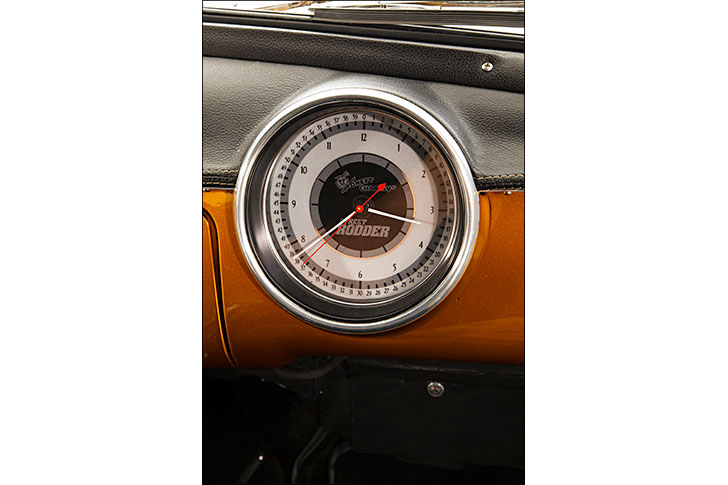 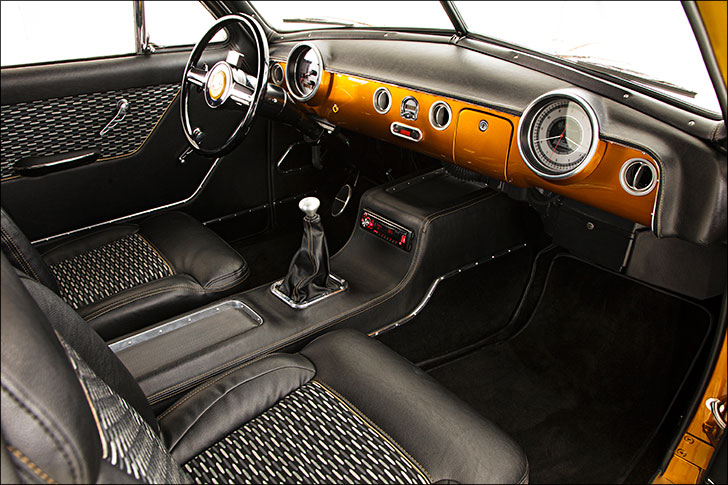 Back here in blustery Sioux Falls, we take pride in being a part of such a significant car; we’re honored to have our product considered for this high-profile build. Each year the Road Tour vehicle makes its way across the country, stopping at countless car shows, hot rod shops and parts manufacturers. You may have even tripped over the ’51 at the Back to the Fifties Weekend in St. Paul last June. Until summer returns again, and we can burn up the streets in our hot rods and congregate at Hardee’s, relish these photos, and try not to be too envious of the sunburned pilot in the ’51. 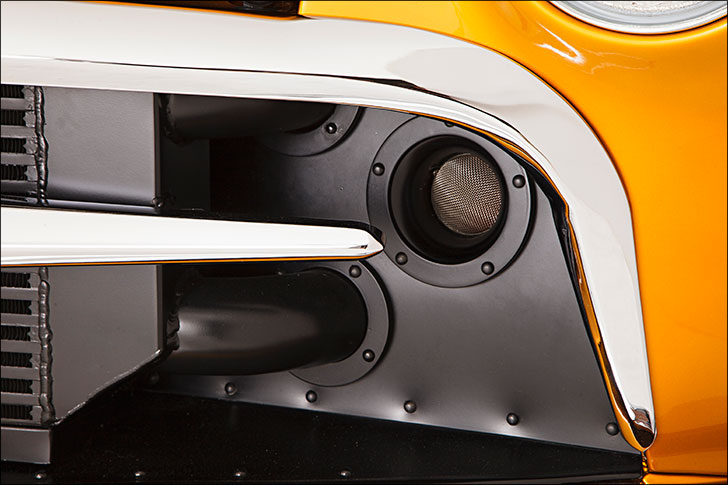 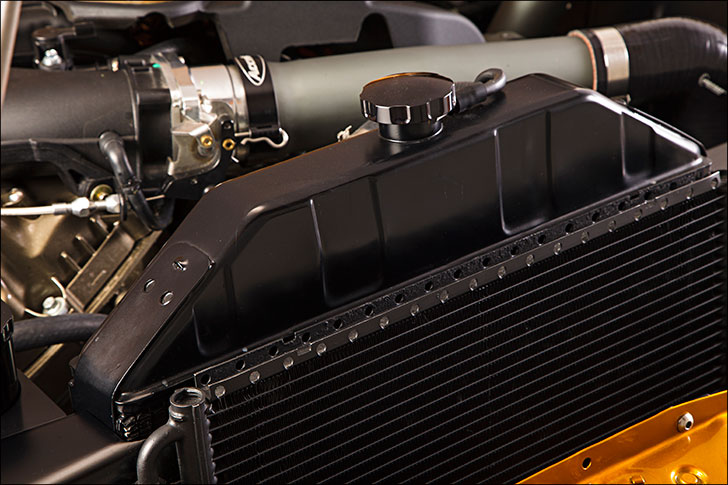 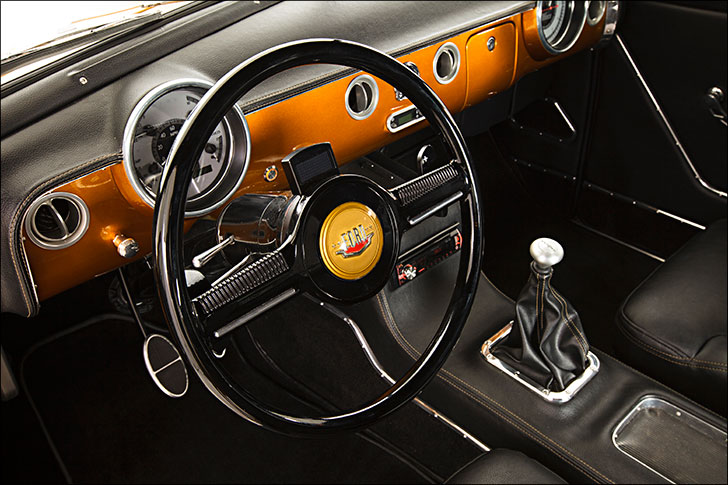 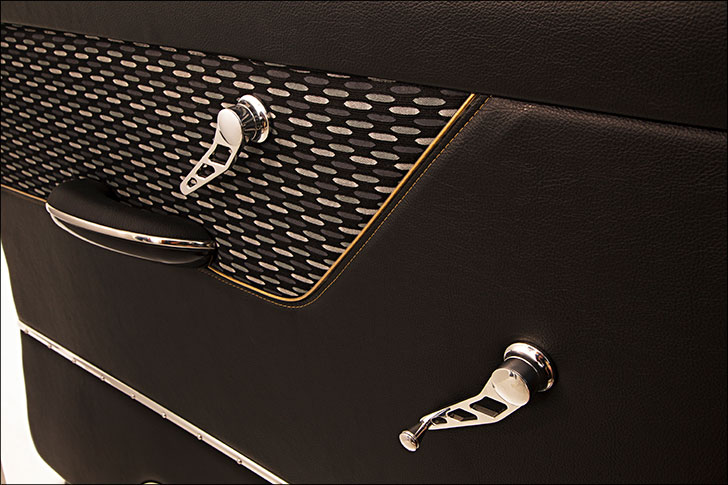 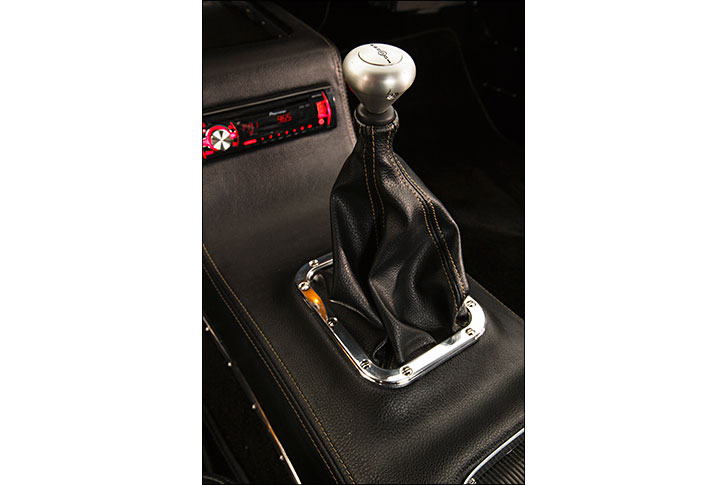 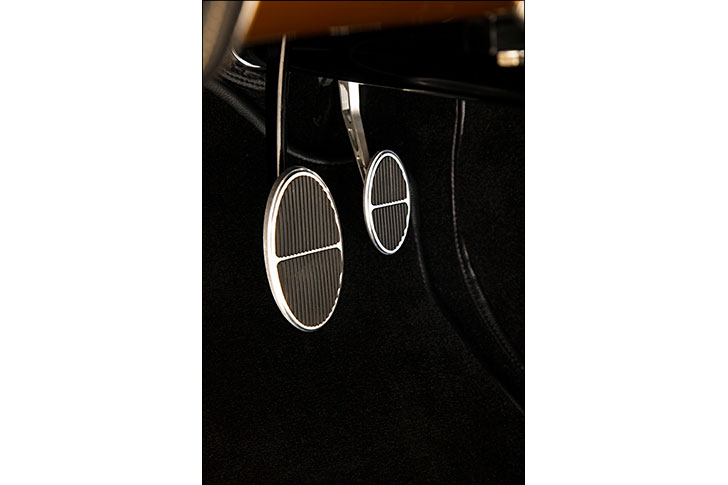