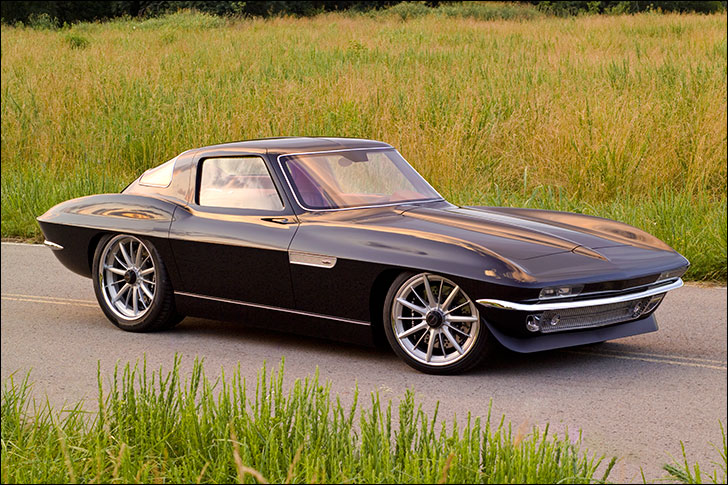 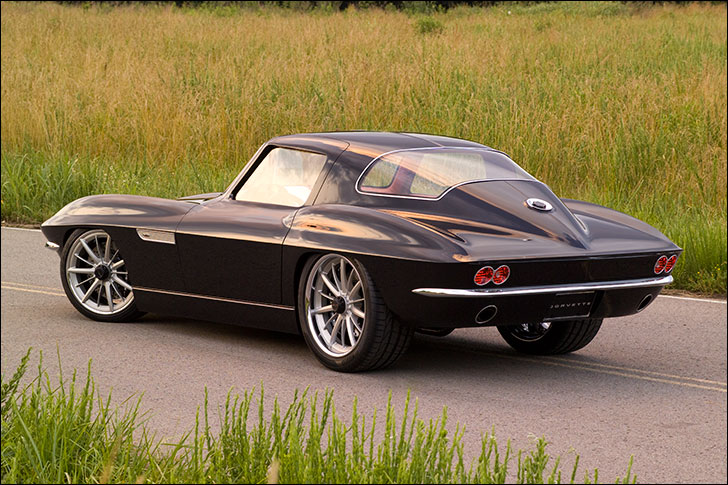 Alan Woodall and Greening Auto Company glue together a Corvette that is a credit to the namesake.
(Photos courtesy of Josh Mishler, Advanced Plating)

Alan Woodall is a quiet, unassuming man who makes his living in the science field, miles away from lumpy cams and fingernail grease. Keep in mind that everyone has a past, often quite different than you would imagine, and Alan is no exception. In the 1970s, Alan drag raced a 1962 Corvette, a car that stuck in his memory for decades as well as taught him many fiberglass lessons. His drag racing past coupled with the memories of seeing new ’63 Stingrays on the showroom floor in his poor college days never left Alan’s head, so when he got the itch to move beyond his ’33 Ford street rod, a Corvette was the obvious choice.

After a few false starts and a fruitless 900 mile adventure to find a mid-year body, Alan stumbled across the perfect springboard just eight miles from his North Carolina home. Alan’s perfect springboard Vette may differ from most as he had some feral plans for his new car, so that fact that his new love was missing the dash, suspension, frame, and was a patchwork of five different bodies was a non-issue. No sense cutting up someone’s Bloomington Gold restoration right? 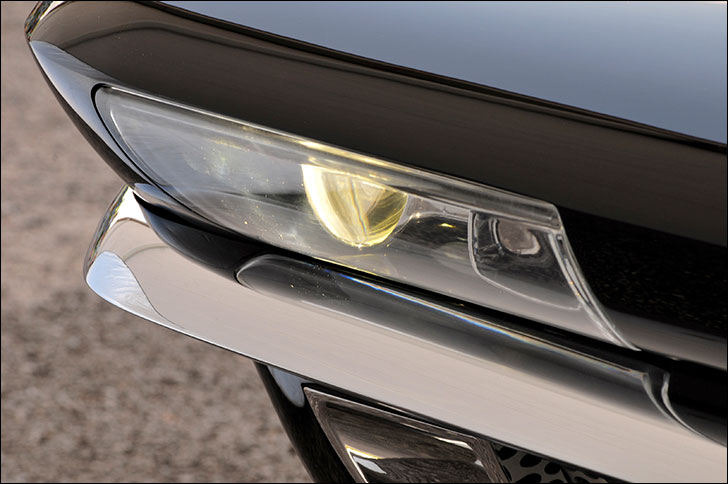 For three and a half years, Alan slopped and sanded and itched his Corvette along towards his vision, a modern, low-slung road terror taking notes from European sports cars and American concept cars. He wanted it to look like a ’65 Vette, but more elegant. After going through nearly 100 gallons of resin, the car was lookin’ good, but Alan knew it was time to call in some reinforcements to help finish the car the way it deserved to be done. Enter Jesse Greening of Greening Auto Company; friends of Alan’s for several years, Jesse was the perfect partner to finish the fiberglass wonder. Proving that no car project is immune to the ‘might as wells,’ the Corvette went from very nice cruiser to Ridler contender. The Ridler award is among the most sought-after prizes in the hot rod world and it is awarded to vehicles built to the highest level. Gunning for this trophy meant that everything on the car be perfect, even the parts you can’t see. Having won the award before, the Greening team knew what it would take to get there, and Woodall let them loose. 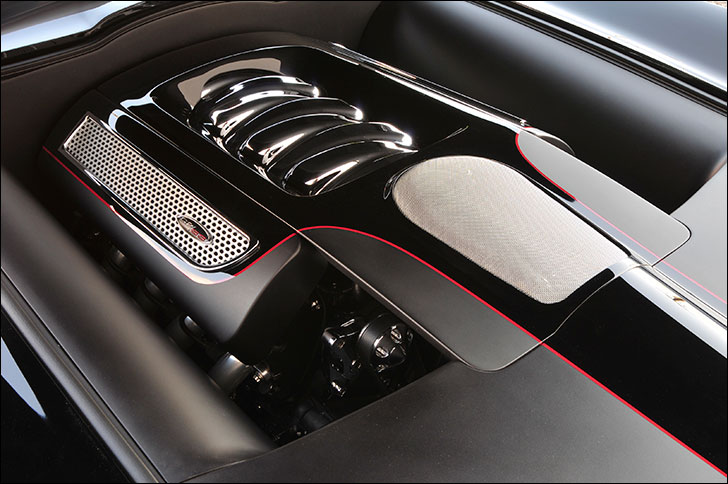 A tubular frame from SRIII with modified C4 and C5 Vette suspension bits hold the car up, while huge Baer Brakes components fill out the custom 19-and-20-inch wheels. Greening machined the three-piece rollers to use a knock-off center to eliminate visible lug nuts as well as pay homage to vintage Corvette race cars. Also harkening back to older times is the engine; an LS7 was selected to power the project because of its 427ci displacement as well as its unbeatable reliability. And 500+ horsepower. 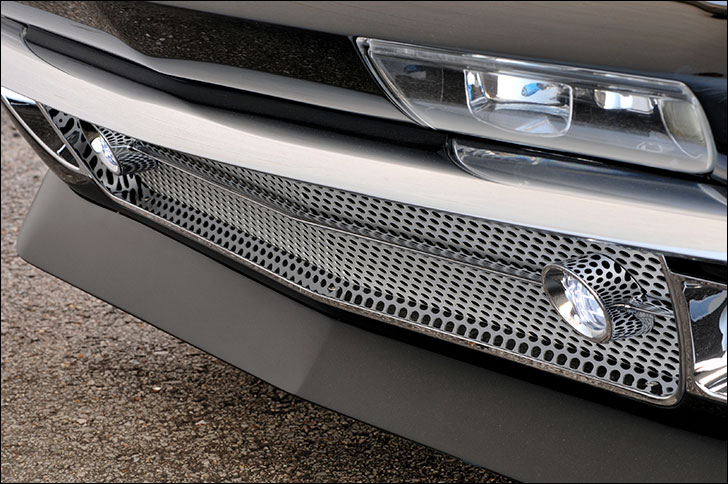 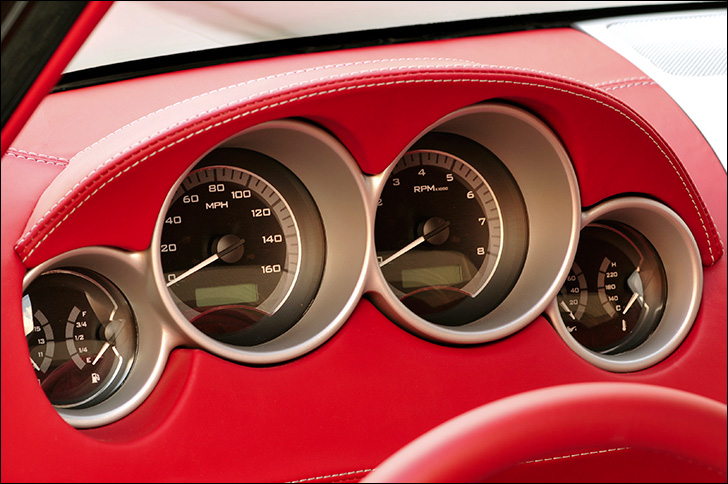 The body mods on this car are substantial and too numerous to list here. You’ll have to pour of the pictures and go back and forth between a stock Vette to catch them. The short list includes widening and lowering the body by one inch each direction, a revised front fascia to accommodate scratch-built headlights and grille, hand-formed bumpers, flush-mount glass and reshaping the tail section. When I saw this car in person, I was struck by how small it seems; I wished it was on an elevated platform so it would be at eye level and easier to dissect. Greening created the dashboard and console that flow through the car with incredible grace. The focal point of the dash (maybe we’re biased) is the instrument cluster, which is much more than an off-the-shelf system. When we received Eric Brockmeyer’s renderings of the interior and dash, the design called for a four-pod cluster; we looked at our catalog and decided that the ’69 Mustang VHX system was a close match, so we supplied Greening with the proper information and let them run wild. They drew their own CAD files to incorporate our components, and even went so far as to machine their own domed, acrylic lenses. That’s right, along with the headlights, the gauge lenses are machined acrylic! Paul Atkins covered everything with red leather and laid brick-red carpet on the floor, making for a cocoon so cozy you’ll never want to leave. 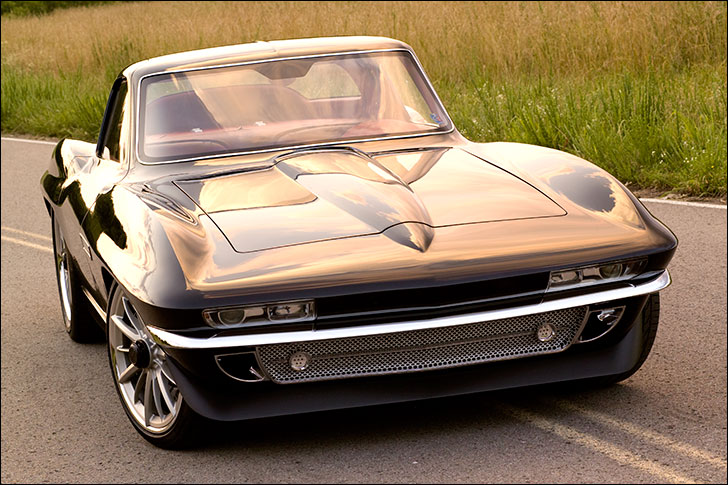 So how did this thing do out in Detroit? Woodall and Greening are pleased as punch with a top eight finish at the Autorama. While top eight doesn’t sound as good as top three, keep in mind that the best cars in the world come to compete for the Ridler, and getting in the Great 8 is an accomplishment that many strive for but few achieve. Now that the car is done, Alan is spending his time working out a few new-car bugs, showing the car all over (we saw it in Vegas as well as Ohio last year, so it is certainly making the rounds) and enjoying his vision come to life. I couldn’t imagine a nicer, more down to earth guy, and I just love that he defies expectation and built a large portion of this car himself. 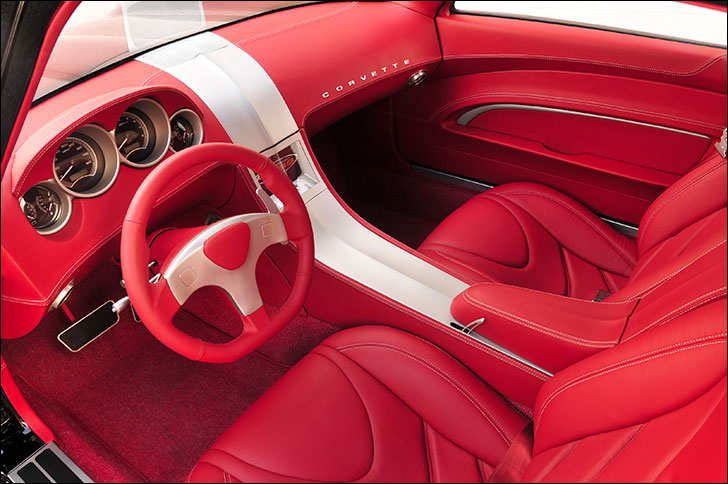 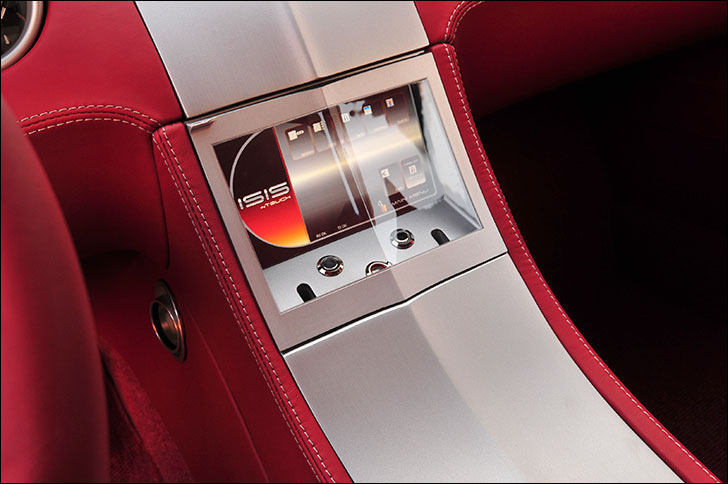 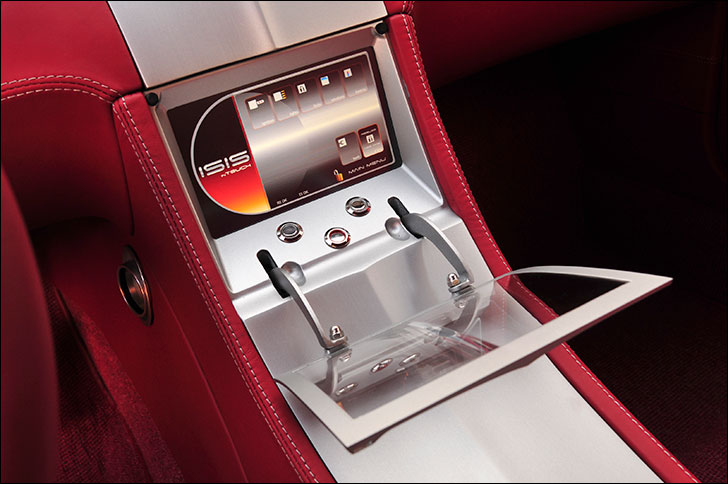 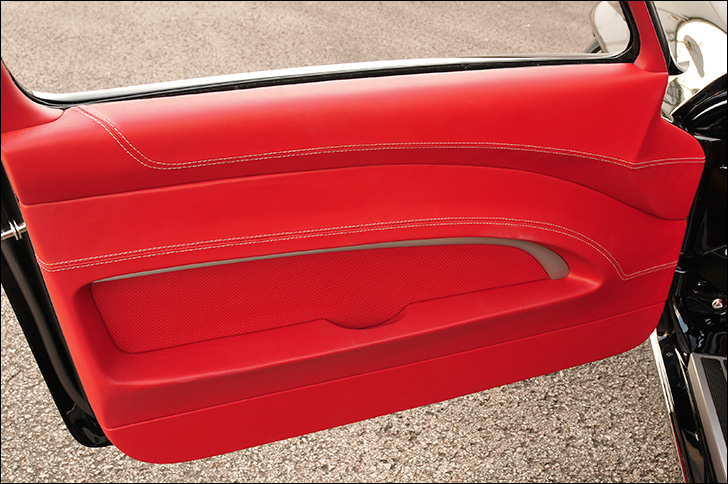 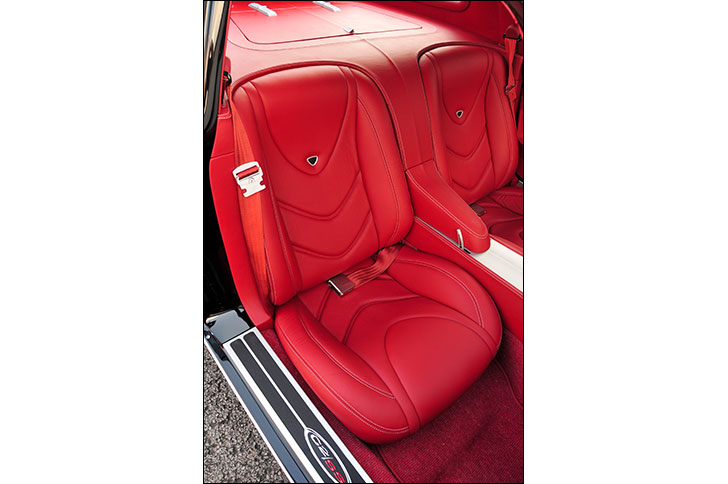 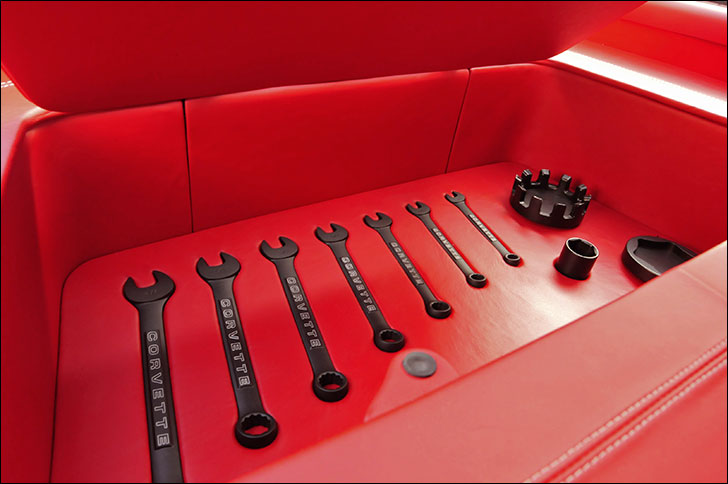 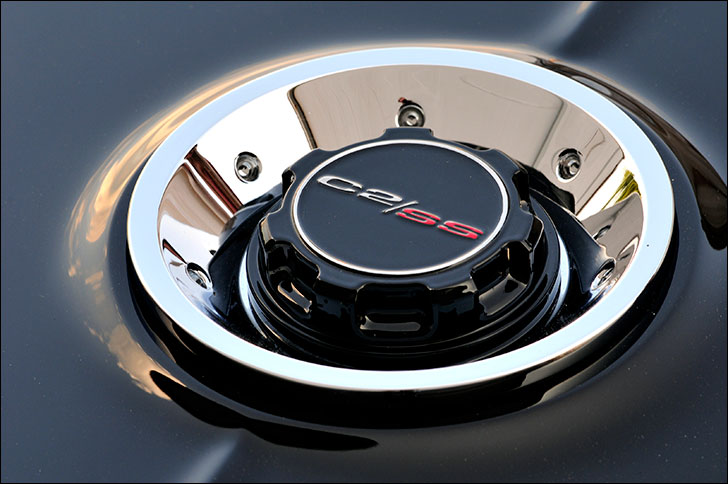 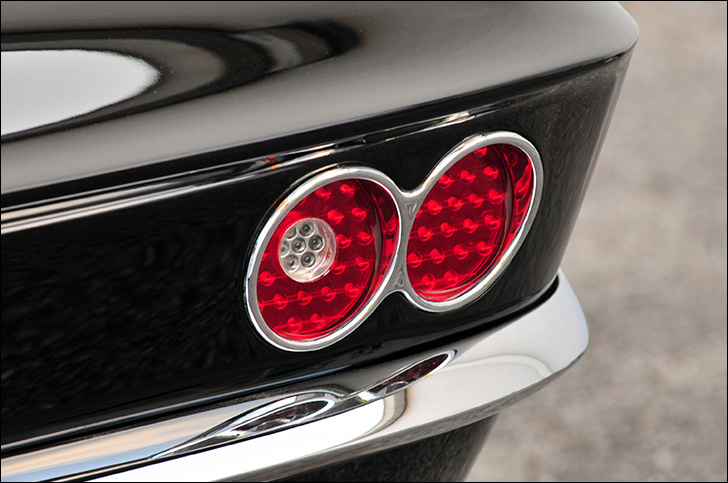 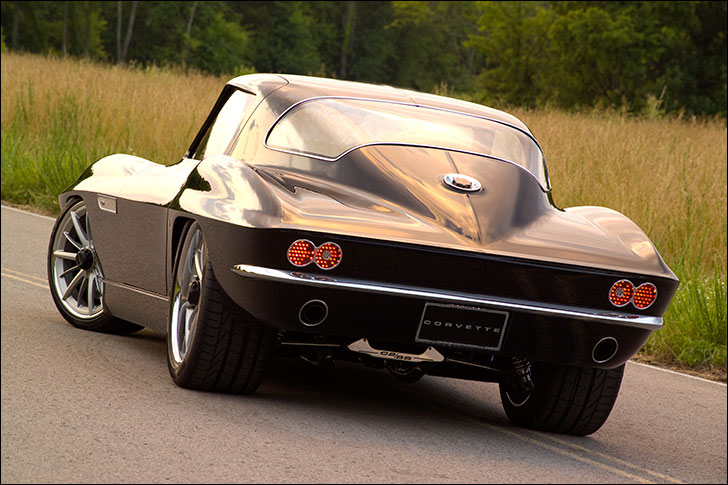