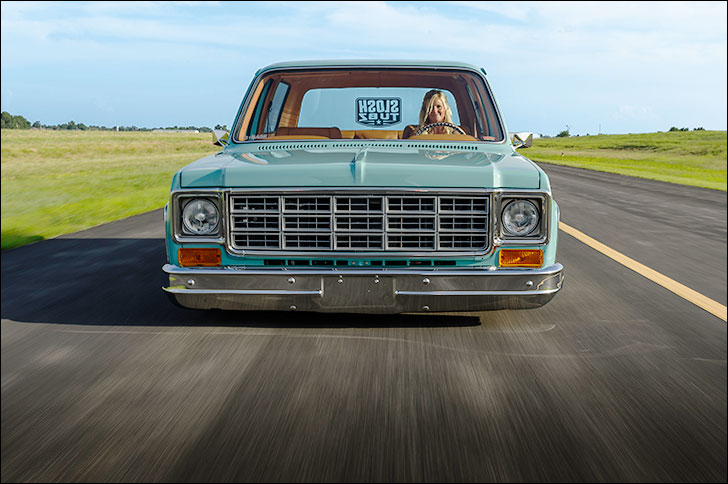 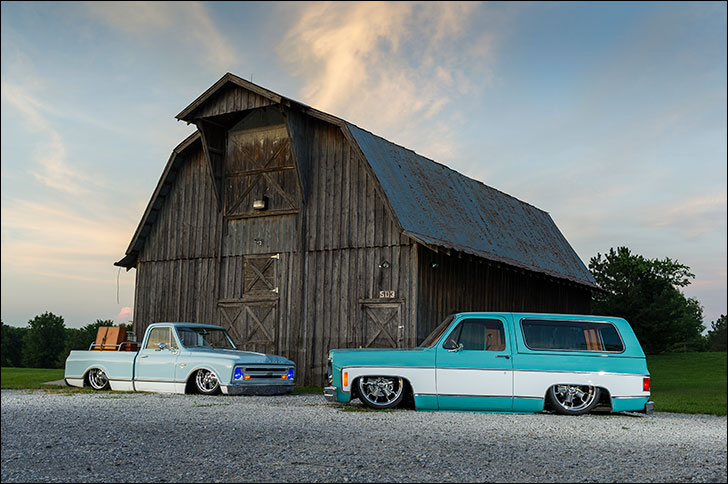 The successor of a very tough act to follow

Faithful Motor Market readers, truck enthusiasts, and nearly everyone on the planet knows about Mike Losh’s 1967 Chevy C10, dubbed ‘Cloud 9.’ It was one of the cleanest trucks out there and raised the bar for C10 builds across the globe; the style and tricks used by the Losh family have been and will be mimicked for years to come. With the family history and collaboration that went into building Cloud 9, anyone would have been happy with the C10; it’s much more than many people have in their lifetime, but Mike and Sarah didn’t want to look like one-hit-wonders. They blew up the truck scene at the 2012 SEMA show and refused to let their 15 minutes tick away too quickly, so in the midst of the photo-storm surrounding Cloud 9, Mike announced that they would be back next year with Sarah’s truck. He had the vision, just not the truck.

A family of four won’t fit in a ’67 C10 cab, so the Losh crew decided on an SUV, and since their growing business, Slosh Tubz, needed a test-bed and flagship for their new line of ’78-87 GM truck front inner fenders, a square-body Blazer was a shoe-in. With 2WD Blazers becoming exceedingly rare, Mike settled on a solid 1987 4x4 GMC Jimmy. Yup a four wheeler. As you can see the front end was swapped in favor of a pre-1980 front end along with the side trim and both bumpers. The stock frame was modified extensively and sports a Scott’s Hot Rods Super Slam IFS kit up front. No more front differential! A narrowed 12 bolt out back hangs on tight to 22” Budniks, which you can only see half of when the AccuAir system does its thing. 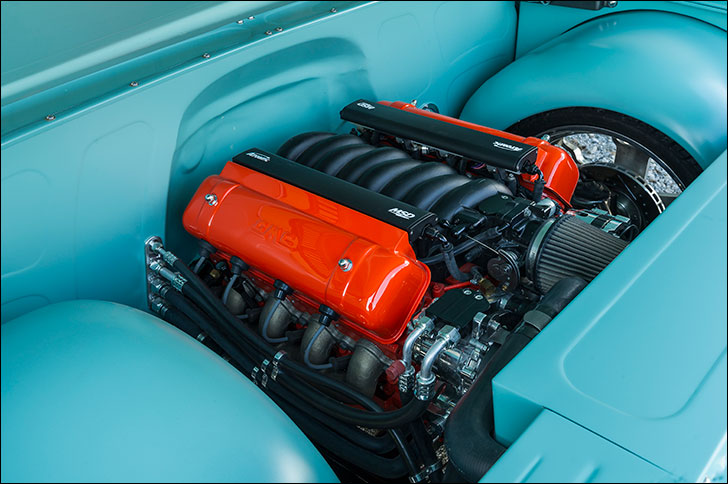 To motivate Sarah’s new toy, the ubiquitous LS engine was put into place, measuring 5.3 liters and happily wearing an MSD Atomic EFI system.  A stickler for details, there are no wires visible under the hood, nor a brake booster, nor anything else usually cluttering up an engine bay. Scott’s Hot Rods also ponied up their under-dash brake mounting kit that turns the booster/master cylinder 90 degrees and allows it to be wholly under the dash and out of sight!! What are visible under the hood, are those epic wheel housings. They’re huge, able to swallow 22s with the truck sitting on the ground, but they still bolt in like a stock unit. That’s the beauty of Slosh Tubz, my friend. 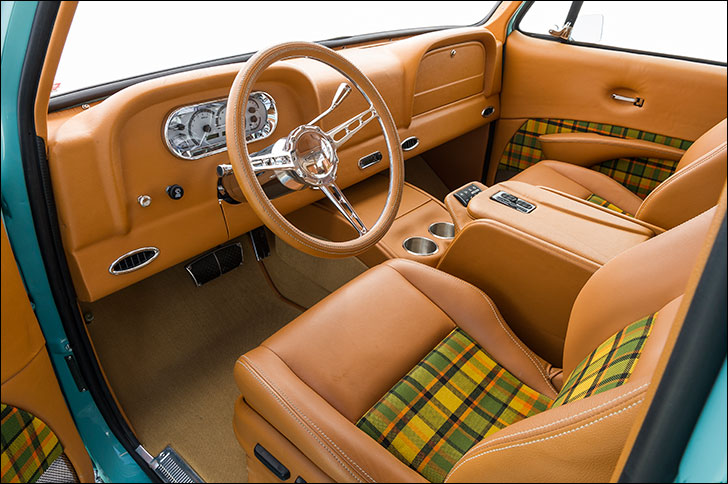 Turning to the interior, you see acres of tan leather as well as some..yellow plaid? Yes, borrowing a play from the VW scene (as well as Cloud 9) the newest Losh truck sports flannel inserts in the seats and door panels. A handmade center console is situated between the low-back bucket seats and holds two billet cup holders along with the remotes for the Kicker sound system and AccuAir suspension. By now I suspect you’ve found your way to the dashboard; it’s from a 1960 Chevy truck and is filled with a VHX-1018-S-B instrument system. You can see the vents and DCC-2500 controller for the Vintage Air system in a custom panel just below the dash. Moving rearward, you’ll find a genuine wood floor that hinges to reveal the compressors, tanks and electronics for the truck. Bed Wood and Parts usually deals in kits for early pickups, but apparently later SUVs are no problem either! 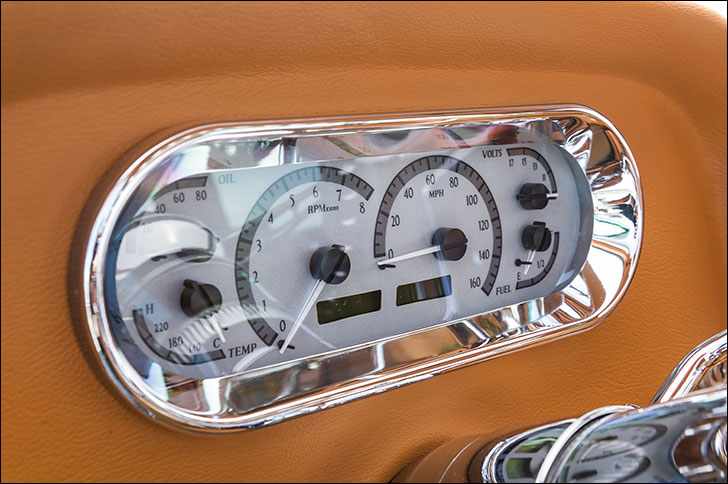 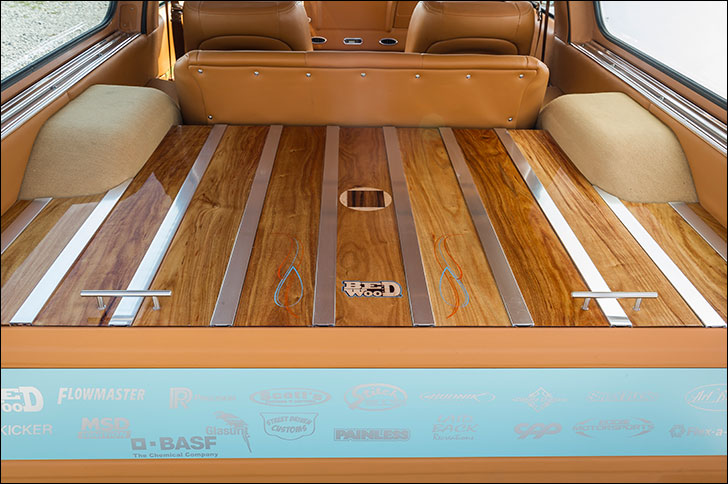 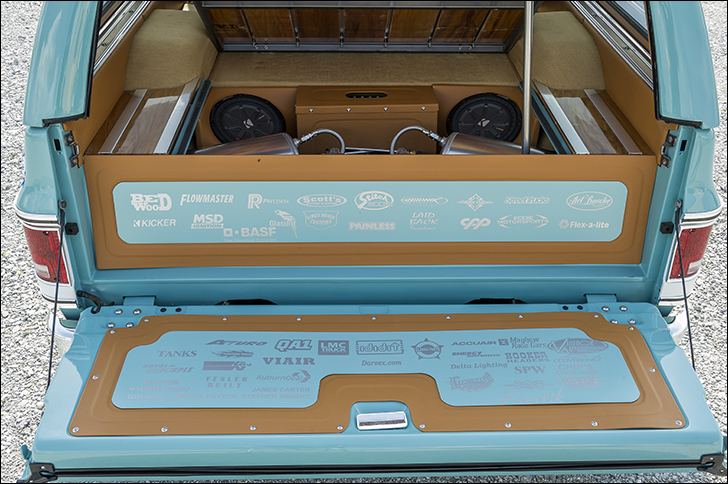 As mentioned earlier, Mike and Sarah made the Square peg announcement at SEMA 2012; their goal was SEMA 2013, less than a year away, and they hadn’t even located the truck! In an unbelievable display of dedication and perseverance, the Jimmy made the big show the following November. Keep in mind that this wasn’t a crated-up, non-running, vinyl-wrapped placeholder, no way Jose, Square Peg was rolling into the show as a complete unit. Mike and Sarah are eternally grateful for those that helped with the build, primarily Tom Angel at Street Driven as well as the sponsors involved. Speaking from the manufacturer perspective, we can’t buy advertising like this; being a part of Square Peg has been a wonderful experience, and The Losh family is just good people! 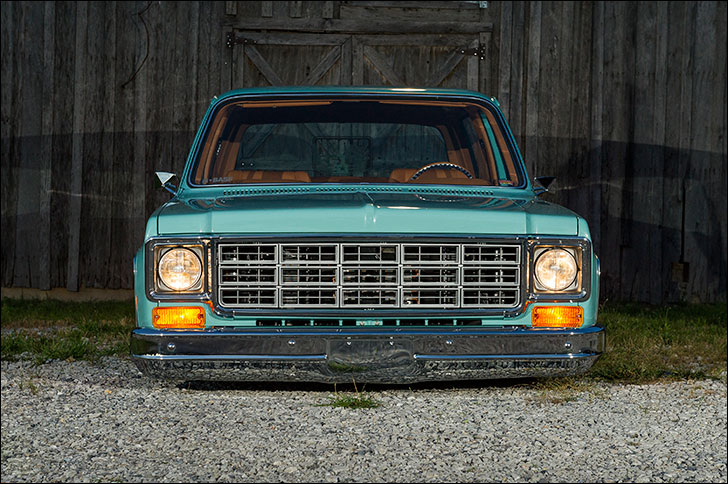 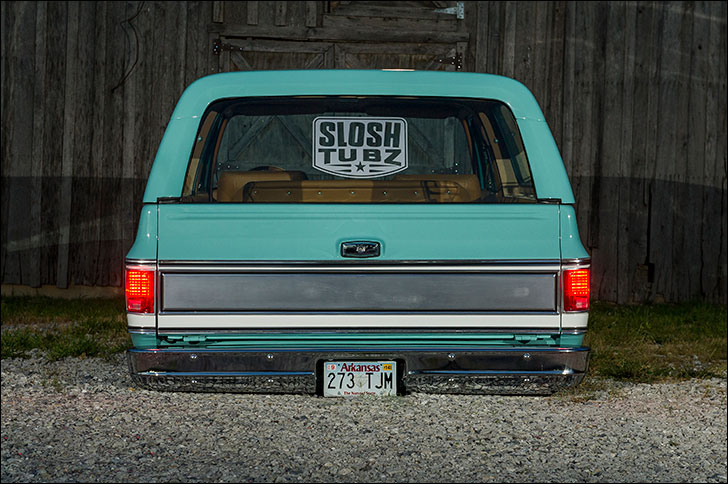 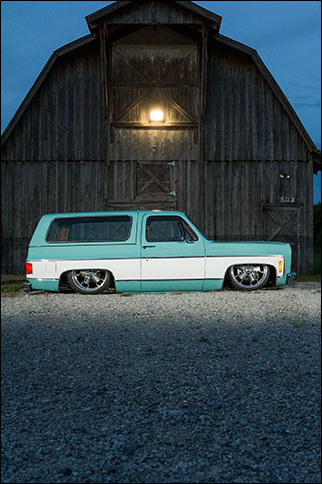