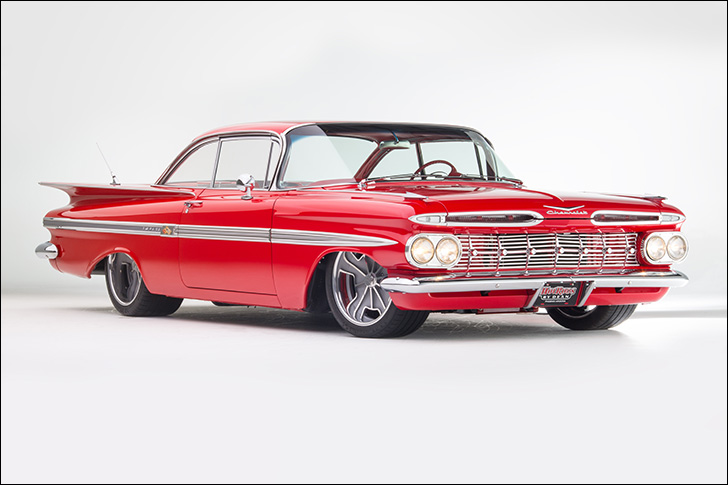 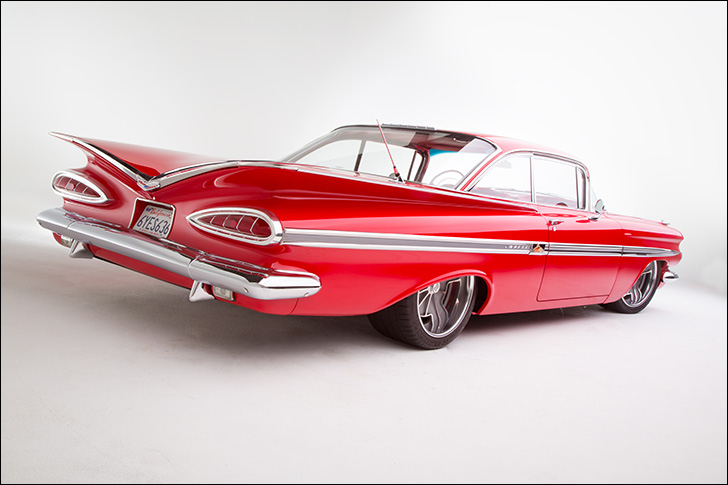 Each year Street Rodder Magazine teams up with their favorite manufacturers and a top-level shop to create the Street Rodder Road Tour car. The lucky lump of Detroit iron enjoys a build chronicled every step of the way in the magazine as well as a real live book published after the car is complete. It’s a little like the movie The Truman Show, in which every moment of the car’s life is being watched by throngs of people. Vehicular privacy aside, the Road Tour car enjoys a cross-country drive to the NSRA Nationals in Louisville before touring the country stopping at shows. In a move that shows Street Rodder isn’t just for street rods anymore, for 2014, it was decided that a ’59 Chevy would be a nice follow up to last years’ ’51 shoebox. After finding a nice starting point, the huge hulk was handed to Hot Rods by Dean in Arizona for the full treatment. 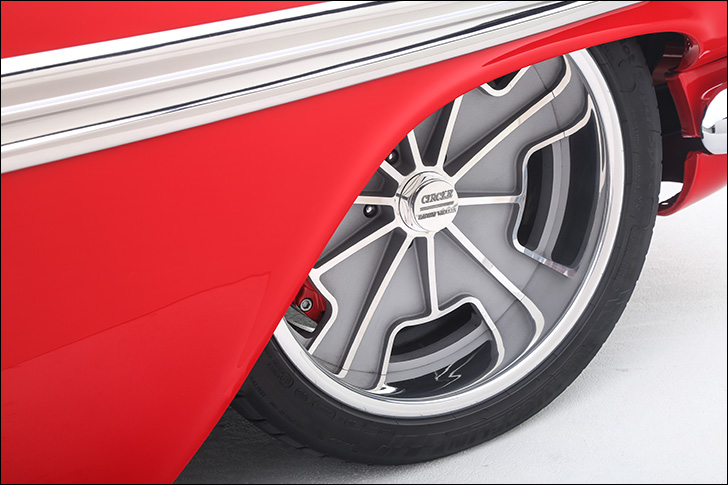 Let’s start our investigation at the bottom and work our way up. Holding the space-age sheetmetal in place is a chassis from the Roadster Shop; one of their RS Fast Track units complete with a Strange third member and Penske shocks, Wilwood discs and a Flaming River rack and pinion. The only part meeting the road is the set of Michelin Pilot tires, measuring 285/35R19 in front and 345/30R20 in back. If that sounds really familiar, it’s because these are the tires found on Dodge Vipers. These super-car tires are tightly holding on to the Circle Racing wheels measuring 10 inches up front and 12 inches in back! 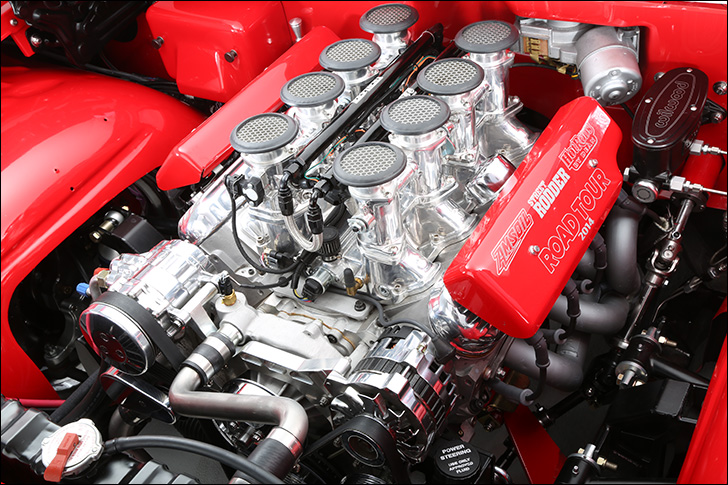 Some of you might be bummed to see no W-shaped valve covers in the engine bay, but once you get the scoop on what is in there, I think you’ll be happy with the results. You are looking at an Inglese 8-stack induction system perched atop a 427-inch LS engine filled with a SCAT rotator and controlled by a COMP Cams camshaft. The classically styled induction system is electronically controlled by a FAST EFI system, which works to keep the big LS in its happy place. Happy it is, knocking down 17mpg during the first 20,000 miles of its life, while posting 622hp at the crank. This is what they call the best of both worlds! Making heads or tails of the 600+lb/ft. is a Hughes-prepped 4L80E talking to a Dynotech driveshaft. 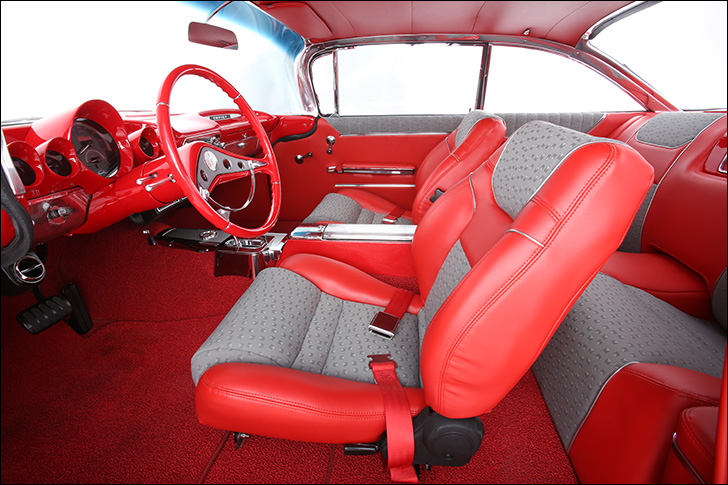 Street Rodder staffer Jerry Dixey spends a lot of time in the offices of these Tour vehicles, so much of the stock style was retained. Custom front bucket seats from Procar along with the modified rear bench were upholstered by Hot Rod Interiors by Glenn. Take a peak at the center console; isn’t it wonderfully subtle and devoid of waterfalls and TV screens and cupholders?! It’s perfect! It’s also designed for a ’63 Impala and sourced from Classic instruments. Rounding out the interior is the Lokar shifter poking up through the console and Vintage Air heat and AC system. That’s a set of VHX analog instruments nestled into the stock instrument housing, albeit with a custom face sporting the Street Rodder logo. 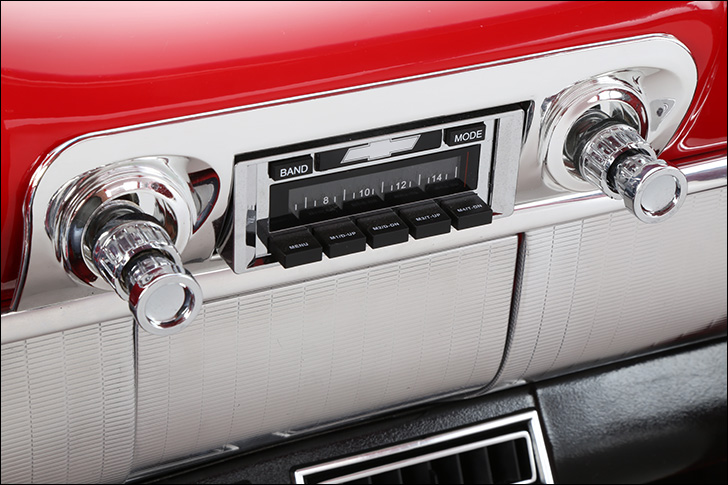 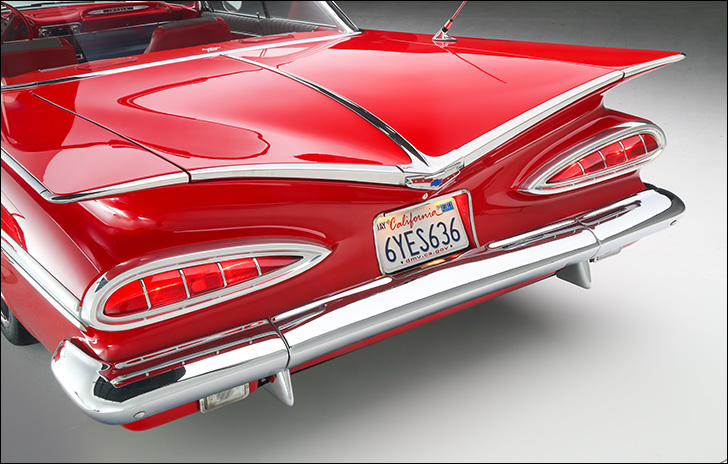 The body was by and large kept stock, and much of the original trim was massaged back to life or replated, while the missing pieces were sourced from Classic Industries. The body work on this ’59 is top-notch, and you’d be hard-pressed to spot a flaw in the Hot Rods by Dean effort. The hue is Ferrari Red mixed by PPG and was laid down by Frank Gracia at Dean’s. 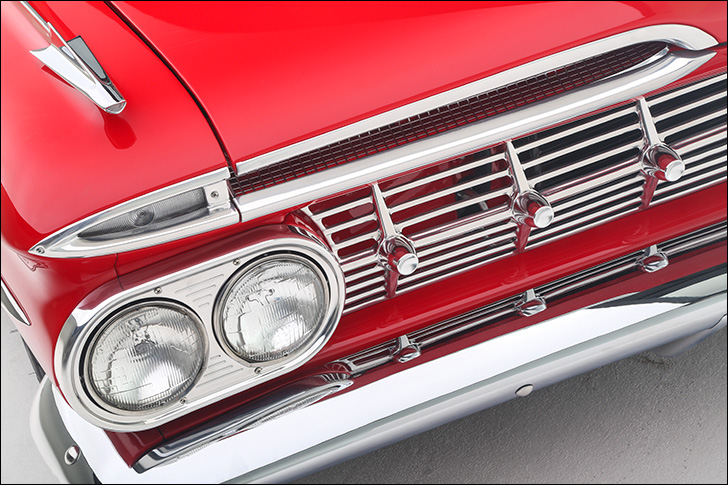 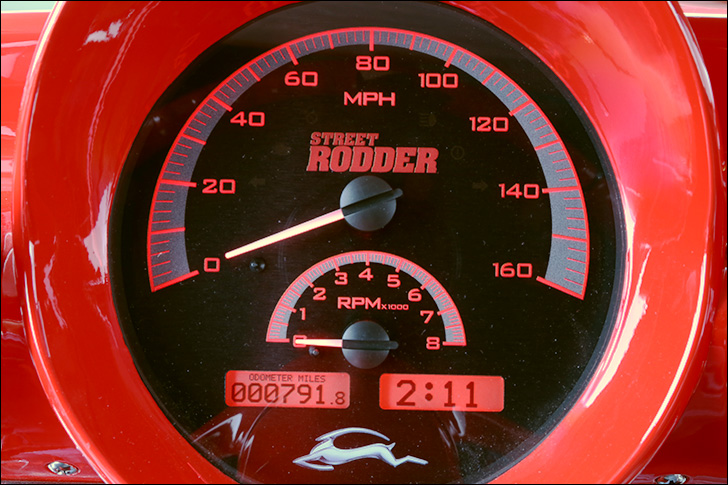 The ’59 Impala is the latest in a long line of cars built to tackle the Road Tour, and Dakota Digital is happy to have been a part of the last four and counting. We were lucky enough to have the Tour stop at our facility in Sioux Falls this summer so we were among the first to have seen the car in one piece. The fit, finish and overall styling of the Tour cars has increased greatly over the years, and the ’59 might just be at the top of the heap.