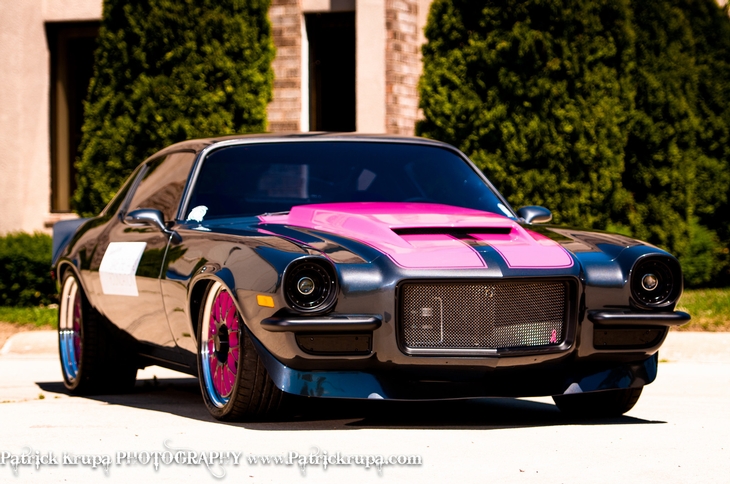 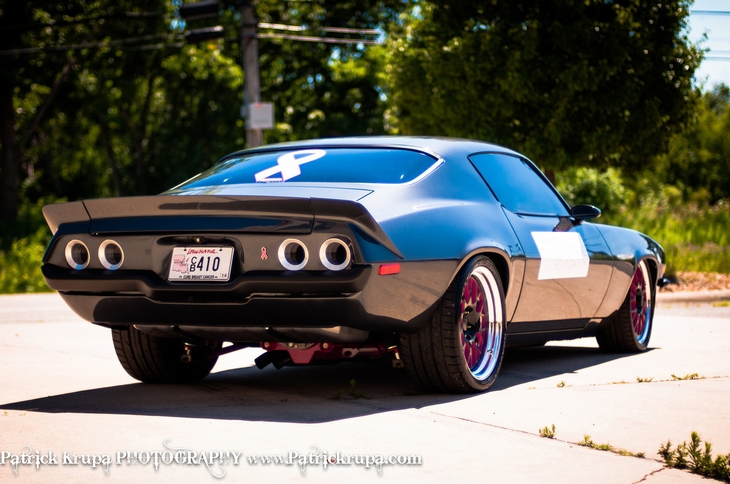 Hot rod with a reason

Of all the justifications people come up with for starting another project car; building it to sell, for fun or to prove to themselves (and friends) that they can do it, perhaps none are as moving and bullet-proof as that of Andrew Herold. This tasty second gen Camaro has been in his family for decades, but ultimately he decided the best use for the car was to rebuild it with the intent of benefiting the Save The Ta-Tas Foundation (savethetatas.org). Giving the nod to Victory Racing Engines (VRE) in Detroit, Andrew knew his Camaro would surpass his vision and help bring the foundation forward.

The first thing people notice is the aggressive stance. Chalk that up to the BMR suspension in conjunction with a custom-designed Airlift adjustable suspension. Going above and beyond, Airlift actually sent two engineers out to draw up a one-off system using their new Lifestyle 2 digital controller. With the suspension dialed in, the pieces were sent off to Q.C. Coatings for the unmistakable hot pink powdercoating. Nineteen-inch Fiske wheels make any vehicle look tough, especially wrapped in Toyo Proxes rubber, but when combined with a first class suspension, you’ve got an unbeatable package. 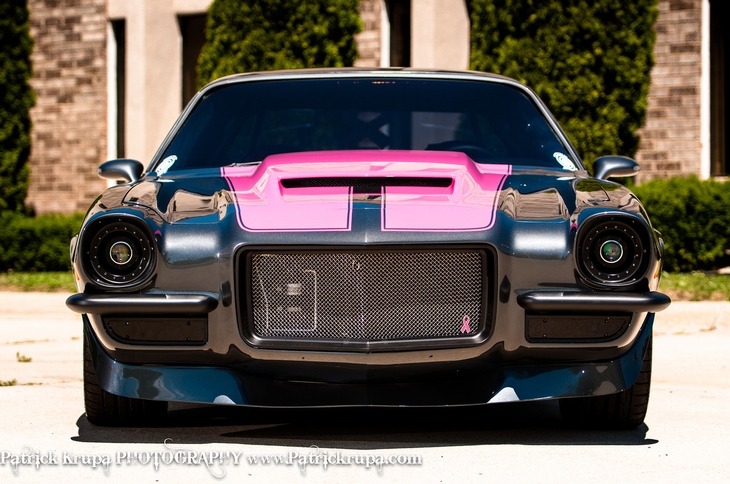 Another item that sets this Camaro apart from the rest is the hood; the ram-air look was achieved by grafting an MPD1 2010 Camaro hood to the vintage sheetmetal. Ring Brothers billet hood hinges, a work of art on their own, support the masterpiece. The billet grille, taillights and headlights were made especially for this project by Monzter Motorsports out of Chicago. 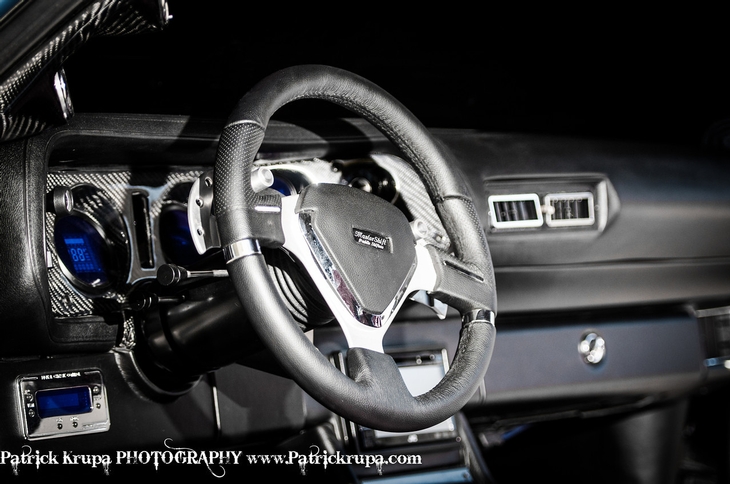 Inside, Marquez Design interior panels were covered in leather and vinyl for a look that is thoroughly modern, yet not completely different than the original threads. Once you get past the expert stitch work, you’ll notice modern touches abound. A complete Kicker stereo system blasts the tunes while a JVC navigation unit helps the F body stay on track, and a Vintage Air heating and cooling system keeps the passengers comfortable as well as keeping the engine compartment clutter free. A Dakota Digital DCC-2200 was added to the left side of the dashboard, thereby upgrading the Vintage Air system to full automatic climate-control.  To keep tabs on the engine, more Dakota Digital universal instruments were fitted to the dash in a carbon fiber panel for a modern look. The icing on the cake are the heated seats with built-in massagers; talk about a home away from home, this Camaro has got it all! 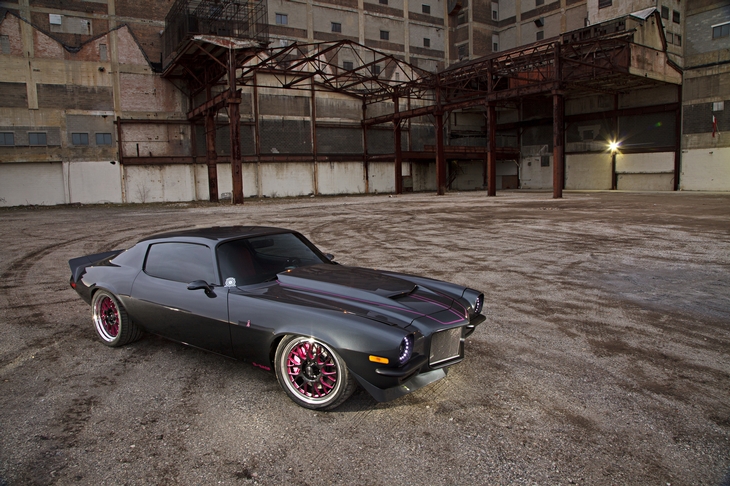 Looks good, handles good, feels good, but does it go? That’s what hot rodders really need to know; does it have the bite to backup the bark? How ‘bout a 376ci GM LS2 with a polished Magnuson supercharger perched on top? 525 horsepower ought to do it. Keeping the driver focused on the competition is a 4L60E that gets its instruction from a Master Shift paddle shifter which also boasts a push-button selector.

Plans for the Camaro included hitting the SEMA show along with a few other events to raise money and awareness for breast cancer research. Aptly named Passionately Pink has done a fantastic job drawing in a whole new segment of people to the cause. From here on out, the car will be sold, and proceeds donated to the Save The Ta Tas Foundation. What a great name for a great cause. 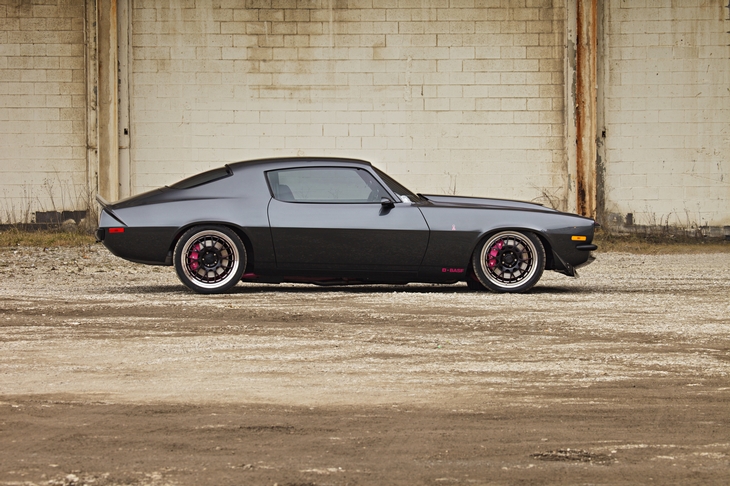