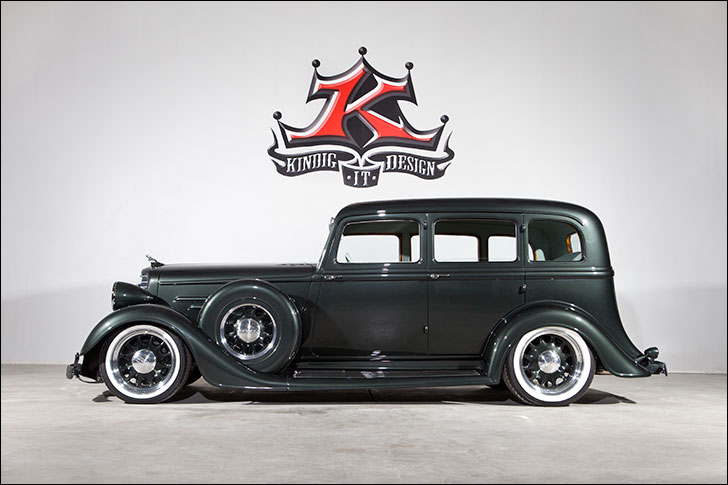 It's not a Ford

Lately, I get the feeling that people have forgotten about the Dare to be Different movement of the 1990s. Many recently completed hot rod projects revolve around very common makes and models with very common spec sheets; it’s not safe to step outside the Chevy muscle car and Ford street rod boundaries anymore. Can it be blamed on the Internet? Automotive forums are a monkey-see monkey-do festival, where fitting in is paramount. It’s kinda like Jr. High all over again. Projects are started based on what was seen online last night, and with so many ‘bolt-on’ parts available, why wouldn’t you just clone your favorite forum racer?

For decades, Fords have been the go-to for street rod builds; you have a hankering for a depression-era rod? The only acceptable platform is a ’28-34 Ford. We’ve become acutely familiar with their lines and grille shells, so much so that they are often the Kleenex of street rods; if someone sees a fixed-up car from the ‘30s, they assume it’s a Ford.

Let this pristine 1934 Dodge be the catalyst of change. It isn’t a Ford, it isn’t pro-touring, and it is a ‘30s car with nice paint and no street signs doubling as floor boards. 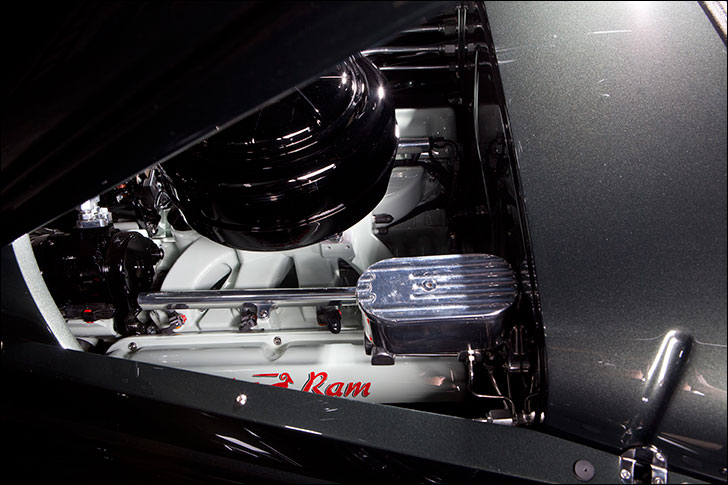 To kick off the build process, Kindig-It Designs threw a custom-built Art Morrison chassis on the floor and attached a custom-built independent front suspension. In the rear, a triangulated four-link swings a Ford 9” housing. Rolling stock consists of classic-looking artillery wheels – a popular choice lately, except these particular rollers are modern recreations in 17” and 18” diameters. Yokahama rubber is stretched around each hoop. Custom built stainless exhaust boasting Flowmaster bits was artfully crafted to fit the chassis. Filling the pipes is a stock 2009 Hemi, displacing 5.7 liters. The engine has been topped with a Mopar Performance intake, and custom adapters allowing the use of vintage Red Ram valve covers. The modern technology of the GEN III Hemi is hiding in plain sight! 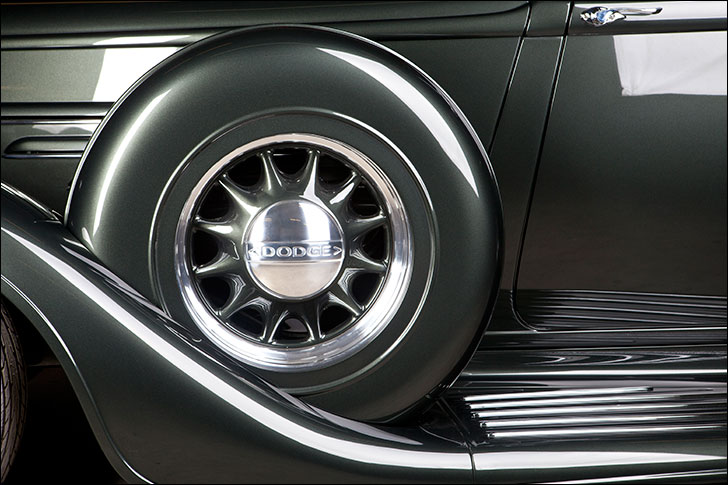 The body and paint work make the fact that this Dodge has four doors a non-issue. PPG stirred up a custom pigment and called it Dark Desert Sage; it is pleasing to the eye and shows off the styling of the Dodge Brothers body without overwhelming it. The hood was converted to a one-piece design to clean up the lines, and the headlights are now full of H4 technology for brighter brights and whiter whites. The stock running boards are still under the doors, endowed with custom trim. They’re not for steppin’ on anymore! 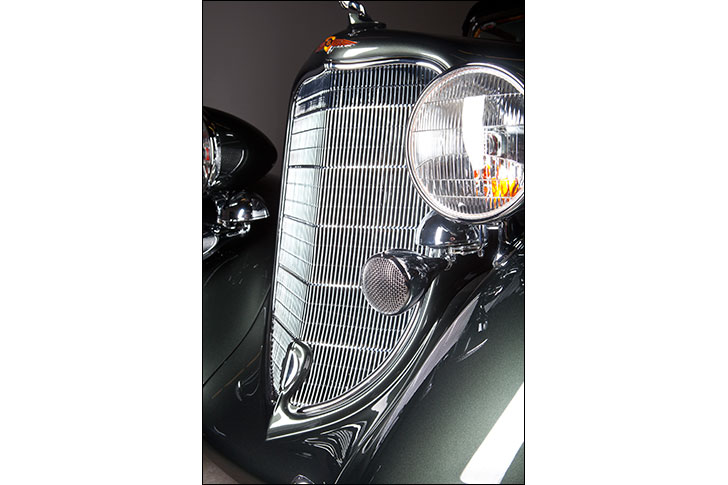 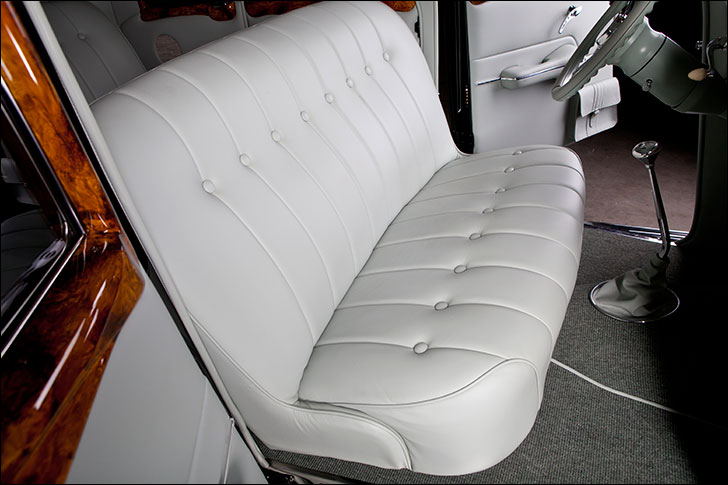 Inside the cavernous cabin, JS Interiors was put to work covering everything with soft, supple, light sage leather. The door panels are done in a matching tone, with outstanding, highly figured, burl trim on the tops and window frames, as well as the dashboard. Nestled into the dash is a one-off set of VHX instruments, designed precisely to fit within the stock gauge housing. A custom sage gauge face was created to coordinate with the threads, and white LEDs were used for the backlighting. Integration with the new Hemi is no problem for the instruments, keeping the driver abreast of the underhood situation. 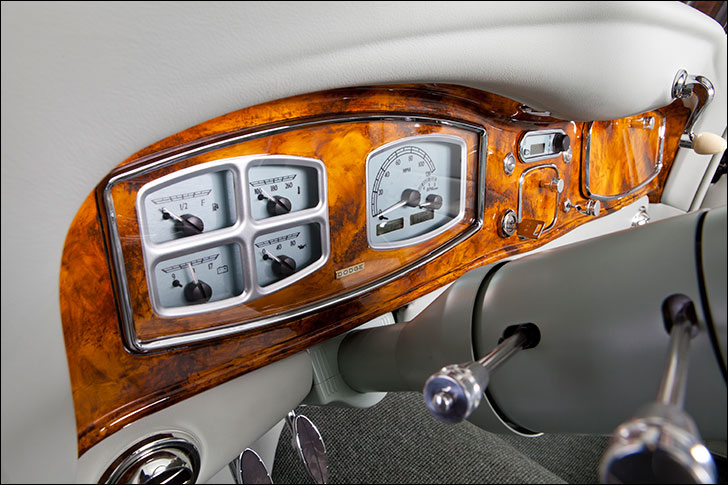 As with most vehicles churned out of the Kindig-It Designs laboratory, this Dodge is chock full of neat parts and tricks. There’s the Vintage Air GEN-IV AC system tucked out of sight in the rear of the car, a subfloor to hide the AC and wiring, one-piece side glass, a flush mounted canvas top, hidden Kicker subs; the list goes on. Cars like this are important for the hobby; builds that push the envelope and use creative thinking to make a nice, overall package. See if there’s something you can take away from this masterpiece to use on your own project, if only your eyes are now open to new nameplates. 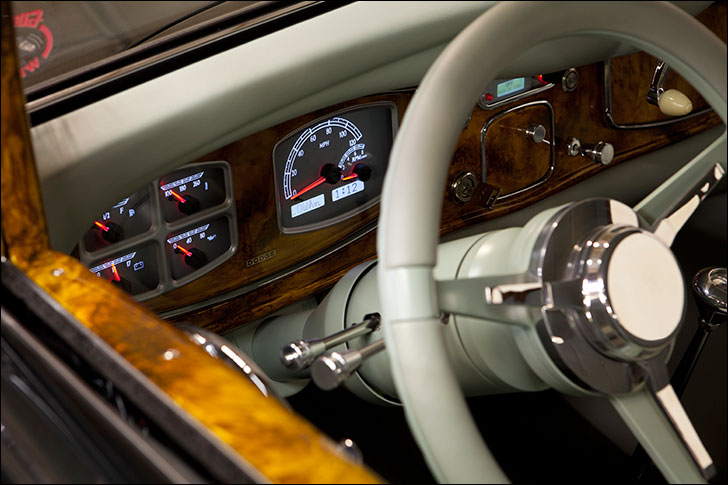 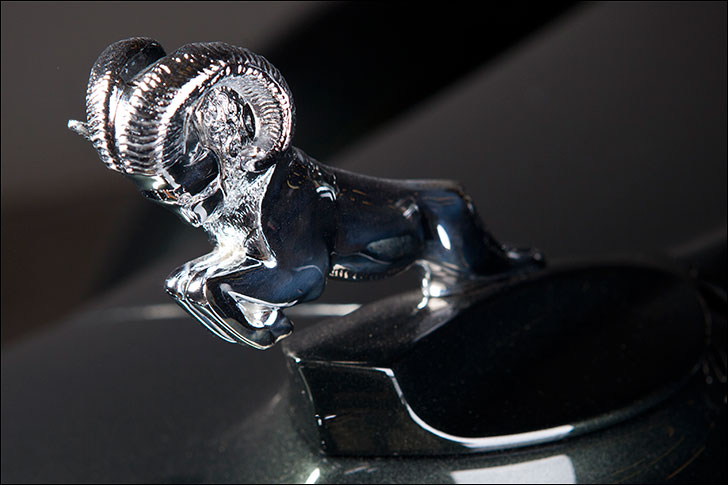