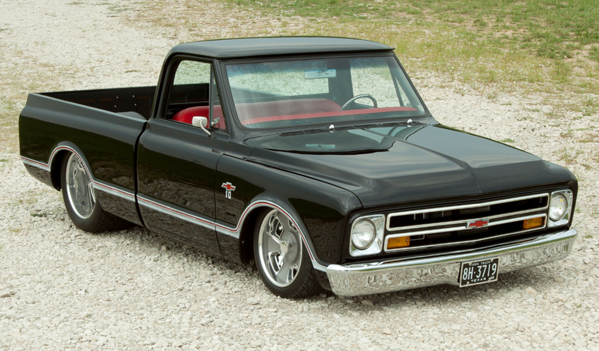 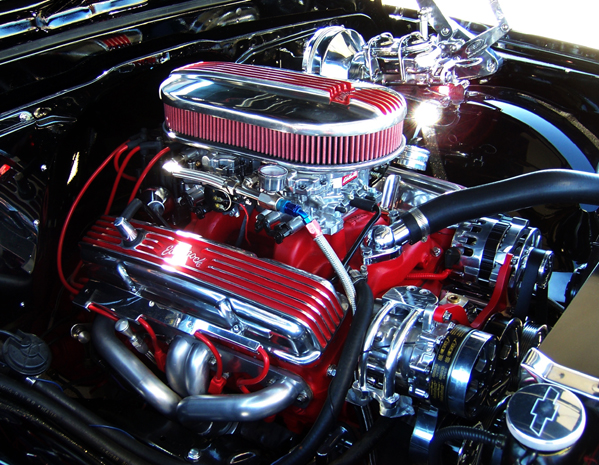 Being regulars in the automotive aftermarket industry, we see lots of vehicles in lots of cities. One of the risks we run, among others such as jet lag, food poisoning and allergies, is becoming jaded; not being ‘taken’ by a particular vehicle thanks to its build quality or another notable trait. After all, at any given Goodguys show, there are at least 2,000 other vehicles with their own highlight reels.

While perusing the speedy grounds of the Goodguys Mid-Western Nationals at the Kansas Speedway, we dropped our Big Gulp when we locked eyes with the slick C10 you see before you. Such style! Such restraint! Such big back wheels! Traveling to countless car shows has indeed made me jaded, jaded against high-buck over-the-top show vehicles, but the Richey truck seemed to take all the good parts from those builds and coupled it with real-world style and, well, just plain ‘realness,’ if that’s a thing. After meeting the happy couple responsible for this beautiful shortbox, I got more of the story; the black ’68 was built as a continuation of a truck Steve worked on with his father in his younger years.

Unable to find a reasonably priced shortbox, Steve picked up a useable long box and got busy with his hot wrench. New frame rails were constructed from the cab-rearward and placed closer together than stock, making way for those bodacious 20x17 Legacy wheels from Billet Specialties. As long as he was at it, he took the liberty of shortening the wheelbase an additional inch and a half, thus scooting the bed ahead to snuggle with the cab. With a narrowed nine-inch swinging from ladder bars and packed with stout 4.56s and a spool, it only felt right to equip the front end with RideTech control arms and bags. Such gears will make things happen in a hurry, but 14” front and 13”rear CPP discs make things un-happen just as quick. Making loudness upfront is a beautiful 350 Chevy claiming 400hp; I believe it, what with the dual-quads standing proud on an Edelbrock Air-Gap intake. Polished metal shares space with red-accented pieces for an engine bay that stops most in their tracks. Power moves to a GearStar 700R4 followed by a four-inch driveshaft.

With a properly-stanced chassis, Steve went to work on the body, getting the newly-acquired bed whipped into shape. With his trusty shears, Steve buzzed off the door handles, trim, emblems, gas filler neck as well as the marker lights. Soft-spoken Steve elected to let his block-sanding skills do the talking and had Greg McSwain hose his work in gloss black. A Show Deck wood kit with stainless strips from Bruce Horkey’s was fitted to the box, and Pat Maxwell recreated the trim and marker lights with his airbrush.

Inside, you’ll find a gorgeous red leather seat roped by Juliano’s seat belts and polished billet bits scattered throughout. A Billet Specialties wheel finds itself atop an ididit column, with Vintage Air keepin’ it all cool. Monitoring the C10 vital signs is the sterling new VHX analog/digital system, this time with a carbon fiber face and red LED backlighting.

Not surprisingly, Steve and Tammy are thrilled with the finished pick-em-up, and plan to continue hitting shows. The couple hails from Texas, but look for this truck wherever you are, as the Richey’s know what this is all about – drivin’ it. 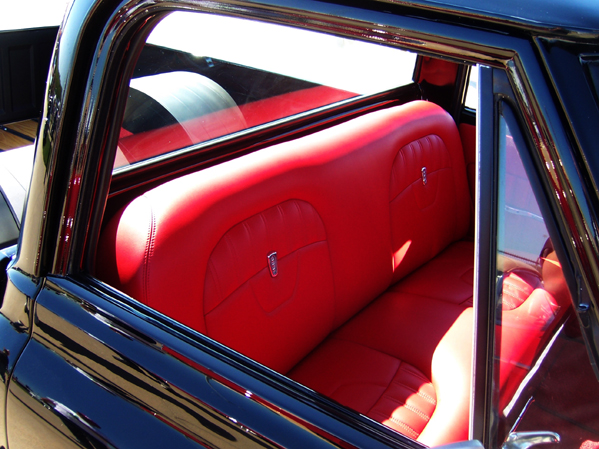 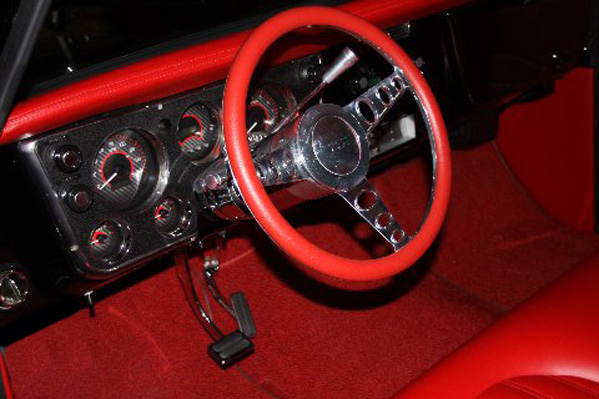 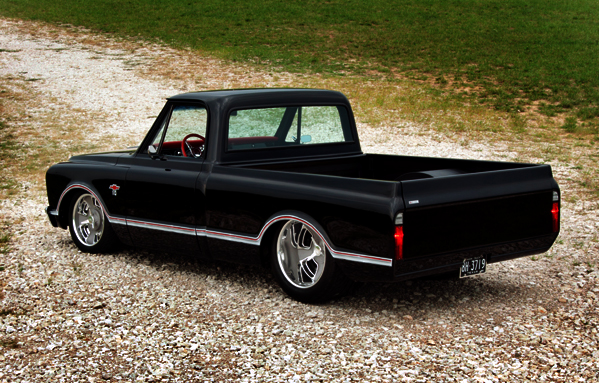