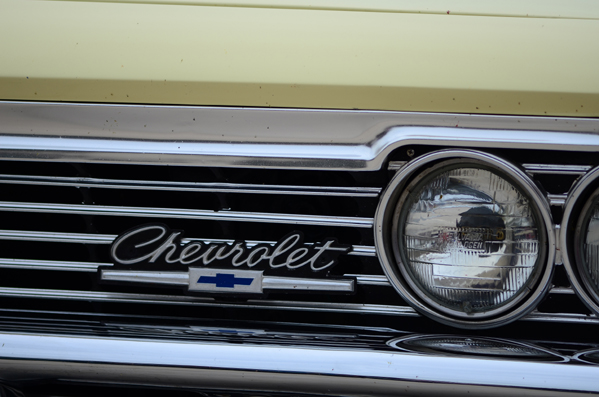 Have you ever bought something that wasn’t what you expected? Maybe some kitchen knives said to cut through a brick you bought late one night off the TV. Or that car you ‘won’ online only to find that ‘very restorable’ means nothing good and the seller has quickly cut ties with the outside world.
Ken and Paulette Tibor like to put the miles on. Avid fans of the Hot Rod Power Tour, they made the trek in a ’37 Ford a few times and had a ball. And leg cramps. Looking for more space in the cabin, the following Tour was covered in a survivor ’66 Nova which offered slightly more leg room. The Nova served as the cross-country traveler for a few years, but Ken grew weary of the lack of trunk space and overdrive. Like the street rod before it, the Chevy II was pushed to the back of the garage and the hunt was on for a cherry Chevy with a big trunk that Ken could swing an LS into (to pull the trunk) along with a fresh suspension for comfort and stance points. Wisely looking outside the rust-belt, (Ken resides in salty Wisconsin) a “never been wet survivor” ’66 Impala drop top was located out East. The pictures were promising and the seller sincere, so the money was sent and a transport company delivered the big bundle of joy.

Big bundle of joy it wasn’t; long story short, Ken redid the ENTIRE car in 10-months, replacing darn near everything. The body of the barge was thoroughly massaged back to stock and fogged with Lemonwood Yellow. If it looks like Butternut to you, you’re right! The General called the color Lemonwood for 1966, and Butternut thereafter. There’s some trivia for your next cruise night! New fenders, bumpers and convertible-top parts got the B-Body looking right, and Ride Tech coilovers put it where it needed to be in the handling category, as well as allowing the wheelwells to give the 17 and 18-inch Coys wheels a hug. Wilwood power discs make sure everyone arrives in one piece, while a 2006 LS2 ensures quick getaways. A 4L65E is connected to a classic 12 bolt filled with 3.55 gears and a posi.

Looking to the inside, knowing that many hours were to be spent in the office, Ken wisely brought the interior back up to OEM condition. Can’t beat the original threads in a muscle car. A direct-fit digital instrument system was tucked into the dash, along with a host of other Dakota Digital products; a controller for the electric fans, gear-position indicator and LED taillights out back.
Ken got the Impala done just one day before departing for the 2012 Power Tour. That sounds about right, don’t you think? Most of us would even say that Ken had time to spare; if he wasn’t bolting the bumpers on as he drove down the driveway, he made it in plenty of time! When we asked Ken to drop the top for our photos, he gave us a rather blank look and said “I guess so. I’ve never had the top down before.” With 4,200 trouble free miles under the Michelin tires, the Tibors couldn’t be happier with their new reacher. Classic looks, modern performance, comfort and fuel economy with a trunk the size of Cleveland, all in one soothing driver. 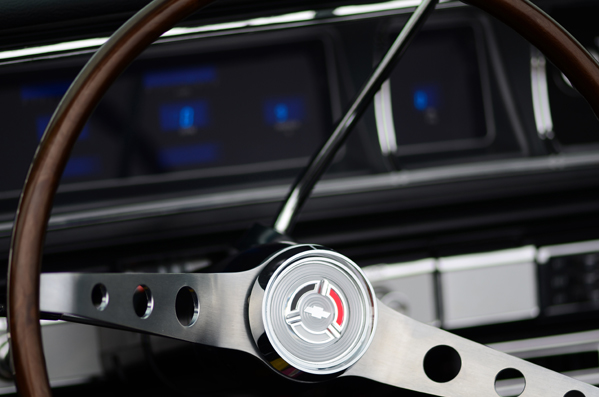 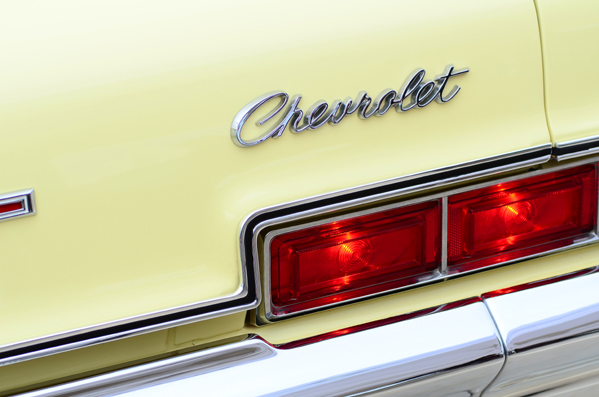 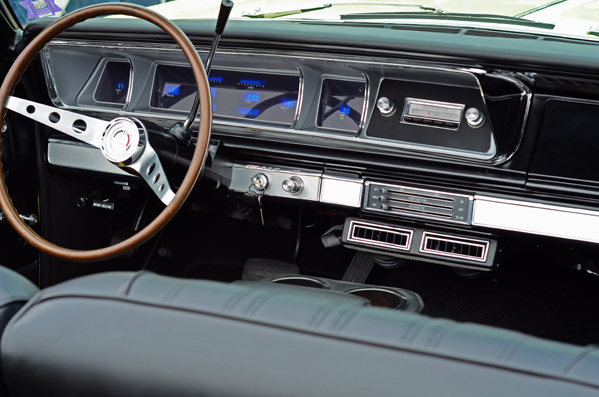 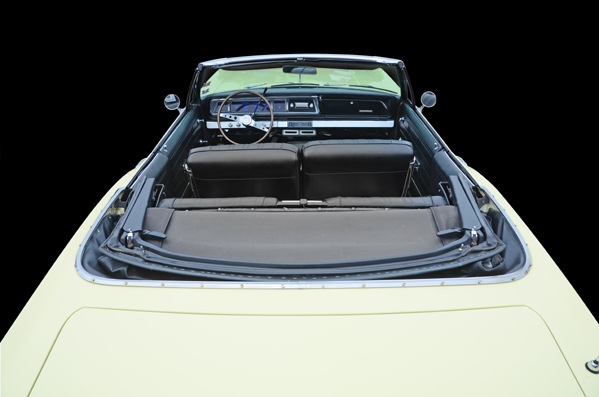 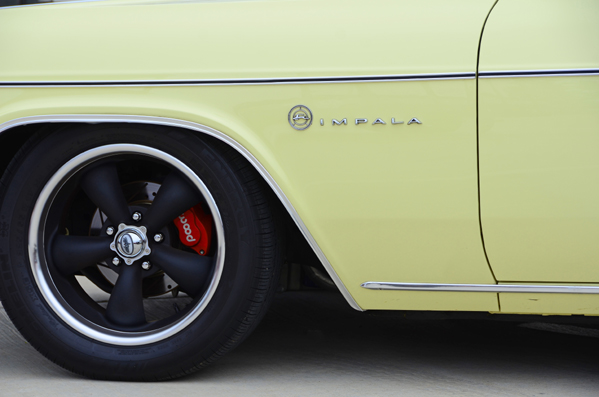